US Tries to Expedite Release of Migrant Children 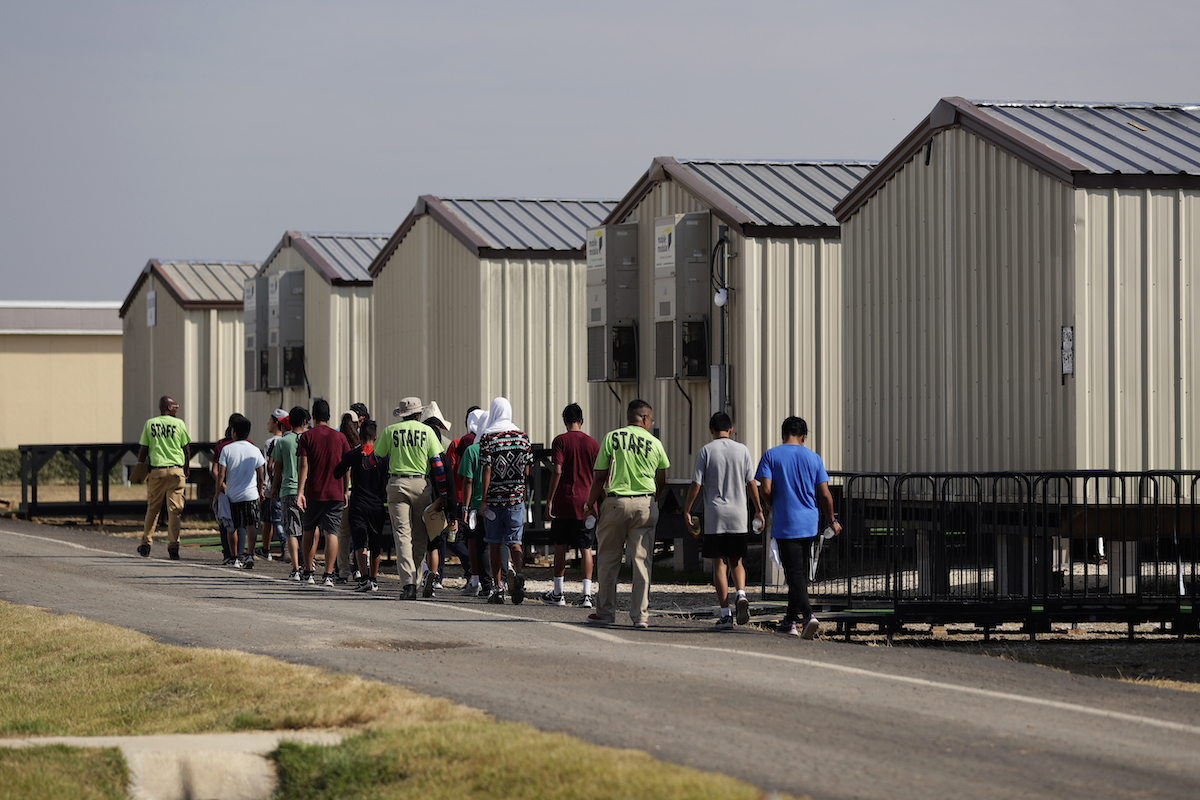 HOUSTON (AP) — With its long-term facilities for immigrant children nearly full, the Biden administration is working to expedite the release of children to their relatives in the U.S.

U.S. Health and Human Services on Wednesday authorized operators of long-term facilities to pay for some of the children’s flights and transportation to the homes of their sponsors. Under the agency’s current guidelines, sponsors can be charged for those flights and required to pay before the government will release children, even if the sponsors have been vetted by the government.

Those costs can sometimes exceed $1,000 per child.

An internal memo sent Wednesday and obtained by The Associated Press authorizes facility operators to use government funding for transport fees “in the event that a sponsor is not able to pay fees associated with commercial airfare, and a child’s physical release would be otherwise delayed.” HHS did not immediately respond to a request for comment Wednesday.

HHS has drastically cut its capacity due to the coronavirus pandemic. Nearly all of the department’s 7,100 beds for immigrant children are full. Meanwhile, Border Patrol agents are apprehending an average of more than 200 children crossing the border without a parent per day. Most Border Patrol facilities aren’t equipped for long-term detention, with children forced to sleep on mats in cells where the lights stay on around the clock.

To take children from the Border Patrol, HHS reopened a surge facility at Carrizo Springs, Texas, that can hold up to 700 teenagers, and may soon reopen another site at Homestead, Florida. While they have beds, classrooms and dining areas, surge facilities cost an estimated $775 per child per day and are not subject to the same licensing requirements as regular facilities.

Democrats sharply criticized them during the administration of former President Donald Trump, and news of Carrizo Springs’ reopening has drawn criticism from some Democrats as well as Republicans who argue Trump was unfairly blamed. Some have accused Biden of moving to detain children in “cages.” No children are detained in cells or behind chain-link fencing at Carrizo Springs, which has long trailers that serve as dormitories and a large tent as a dining hall.

“We had to expand and open additional facilities because there was not enough space in the existing facilities if we were to abide by COVID protocols,” White House Press Secretary Jen Psaki said Wednesday. Psaki noted that Biden halted a Trump-era practice of expelling unaccompanied immigrant children under public health law, though the U.S. still expels immigrant families and single adults who cross the border without permission.

“Our objective is to move these kids quickly from there to vetted, sponsored families and to places where they can safely be,” she said.

But experts on the detention of immigrant children say HHS needs to change how it works to relieve pressure on the overall system.

Leecia Welch, senior director of child welfare at the nonprofit National Center for Youth Law, said HHS could have made several policy changes months ago that would alleviate what she called “a government-created crisis.” She applauded the move to pay for flights and called on U.S. officials to explore other ways to release children from HHS faster, including by raising the capacity of regular facilities while ensuring that protocols are followed to stop the spread of the virus.

“While we recognize the Biden administration’s efforts to process unaccompanied children in a responsible way that addresses public health needs and prioritizes children’s safety, it is critical that it not repeat the mistakes of the Trump administration,” Naureen Shah, an attorney for the American Civil Liberties Union, said in a statement.

One longstanding requirement that has delayed some releases is forcing sponsors to pay for airfares.

“Facilities have told families that they will not release a child unless they specifically go to a specific travel agency and purchase tickets,” said Dr. Amy Cohen, executive director of the advocacy group Every Last One.

In one case this week, Cohen said, staff at a facility told a woman that she would have to bring a certified check to the airport in order to collect her child, who has been in an HHS facility for three weeks.