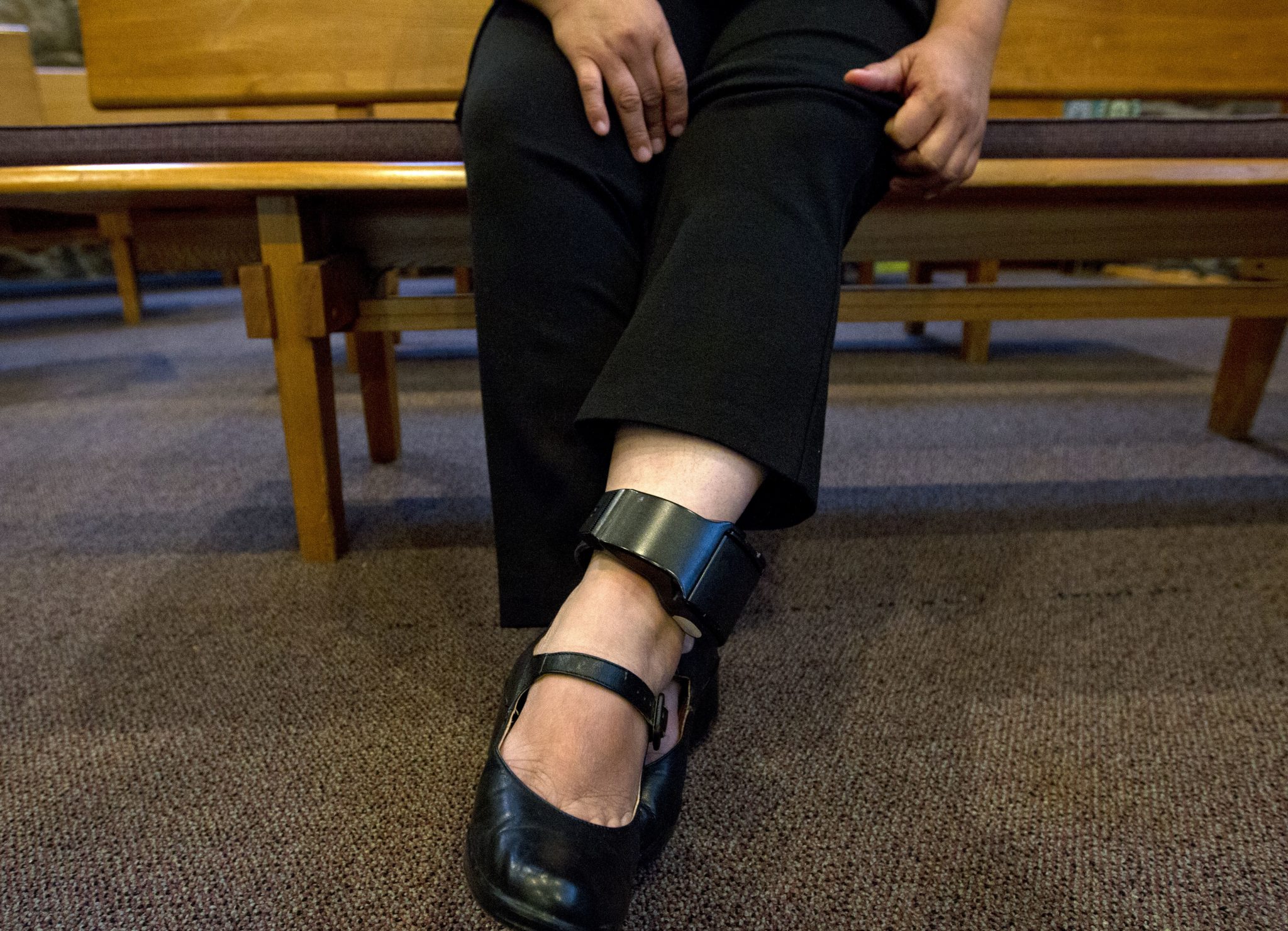 By Rebekah Sperling and Austin Kocher

The Consumer Financial Protection Bureau (CFPB) and attorneys general from Massachusetts, Virginia, and New York filed suit against Libre by Nexus this week for preying on immigrants through a convoluted program of exploitive fees, threats, and false promises of freedom. The lawsuit alleges that Libre was charging exorbitant fees for immigration bonds, then strapping immigrants with high monthly fees, a GPS ankle monitor, and unfounded threats that if they damaged the device, they would face felony charges. Immigrants have agreed to these troubling and perhaps unlawful terms rather than spend months or even years trying to fight their deportation case from inside a detention facility.

While Libre may appear to be an exceptional case against a “bad actor,” this case actually further justifies Biden’s claim on the campaign trail that “the federal government should not use private facilities for any detention, including detention of undocumented immigrants” and “eliminate all other methods of profiteering off of incarceration—including diversion programs, commercial bail, and electronic monitoring.”

Immigrant detention has become big business, with companies such as Geo Group and CoreCivic earning high-value government contracts to run detention centers across the country. In his book Migrating to Prison, César Cuauhtémoc García Hernández argues that the growth of immigrant detention centers is due in part to “financial incentives,” which help explain why 65 percent of detained immigrants are held in private facilities (p. 15). Getting immigrants out of detention has been a focus of legal advocates who point to higher rates of representation among those not in detention. A study by the Transactional Records Access Clearinghouse at Syracuse University found that at most 30 percent of detained immigrants have an attorney, while 60 to 80 percent of non-detained immigrants have one.

Reducing detention is typically viewed as reducing the economic exploitation of migrants, but private companies like Libre are also finding ways to make money from getting immigrants out of detention, too. According to a press release, CFPB claims that Libre coerces vulnerable non-English speakers to sign predatory and misleading financial contracts in English, deceives consumers about its relationship with immigration authorities, specifically that they are affiliated with ICE, even though they are only acting as a middleman to a bond agent. They also claim that Libre strong-arms detainees with false debt collection threats, including that they will be re-detained or deported, and incentivizes its employees to deceive and threaten to collect payments from consumers. The recent lawsuit filed by the CFPB seeks to halt the practices and obtain relief for victims as well as “send a signal that financial scams targeting communities of color will not be tolerated.”

This is not the first time that the intentions of Libre have been called into question. According to a BuzzFeed News article, the company has been involved in many other lawsuits, including at least nine additional state or federal agencies. In its first year, Libre was investigated by ICE’s HSI unit in 2013 for allegedly targeting undocumented immigrants in custody and fraudulently charging them a fee for services. However, these investigations were closed due to a lack of evidence.

The technology that Libre uses is similar to the technology that ICE also utilizes in its Alternatives to Detention (ATD) program, as they both use GPS ankle monitors, and more recently smartphone apps. The purpose of employing devices such as ankle monitors for Libre, in acting as a middleman, is to assure bond companies that immigrants will show up to their court hearings through GPS technology. Immigration bonds can also be riskier due to the length of time that immigration court proceedings last, especially with a 1.3 million case backlog and 54 month average for a hearing date in immigration courts.

It is unknown the amount in which undocumented persons and their families have paid to Libre since the beginning of the company’s creation in 2013. However, financial records the company submitted as part of a previous lawsuit suggest that yearly income has nearly doubled to more than $60 million, compared to the previous $30 million reported, before declining during the coronavirus pandemic.

The lawsuit against Libre follows on the heels of President Biden’s recent executive order ending Department of Justice contracts with privately operated criminal detention facilities. While a step in the right direction, many immigration advocates criticized this move, as it was only part of Biden’s campaign commitment to eliminate private prisons, including the detention of undocumented immigrants, and all other methods of profiteering from incarceration.

This case represents a step in the right direction. Immigrants should not have to decide between waiting for months and years inside immigrant detention centers or being strapped with monthly fees and a surveillance device. Every year, private immigration detention centers make hundreds of millions of dollars from immigration enforcement. These facilities are known to exploit immigrants, paying them about $1 a day to cook and clean, which is more profitable than hiring workers at minimum wage (García Hernández, p. 15). Unless Biden follows through with his campaign promises of eliminating private prisons, private immigration detentions, and any method that leads to the profiteering of immigration incarceration through bail and electronic monitoring, other companies like Libre by Nexus will continue to exploit immigrants.

Despite the case against Libre by Nexus, the proposed immigration bill currently in Congress —the Citizenship Act of 2021— places ATD technology at the center of Biden’s approach to immigration enforcement. Some advocates view ATDs as an improvement over detention centers. However, this emphasis on alternatives to detention could also be viewed as simply repackaging of the underlying problems with immigration enforcement. From this perspective, Libre by Nexus is not the exception, but merely a reflection of the ways in which the U.S. immigration system is, as César Hernández argues, intentionally designed to “punish, stigmatize and marginalize all for political and financial gain.”

Rebekah Sperling is a graduate student at the Methodist Theological School of Ohio and is currently completing a graduate internship with Dr. Austin Kocher, research assistant professor at the Transactional Records Access Clearinghouse (TRAC) at Syracuse University.