In Peru, Sterilization Case Against Fujimori Goes to Court 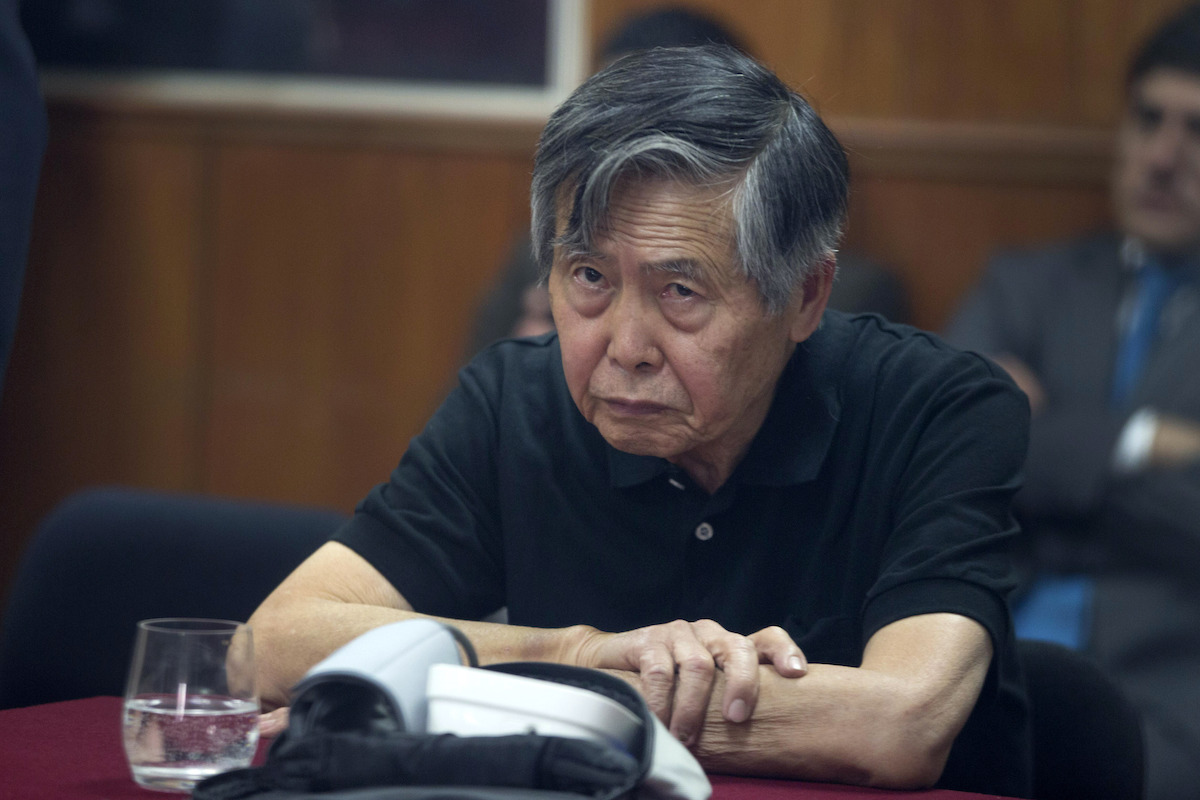 In this October 25, 2013 file photo, jailed former President Alberto Fujimori attends his hearing at a police base on the outskirts of Lima, Peru. Fujimori is facing new charges on March 1, 2021, accused of being the mastermind of the sterilization against their will of more than 1 thousand Quechua Indigenous women during his administration. (AP Photo/Martín Mejía, File)

LIMA, Peru (AP) — Former Peruvian President Alberto Fujimori is on trial for his role in a 1990s government program in which many Indigenous women in poor communities say they were forcibly sterilized, and some died or suffered serious injuries because of infection.

The judicial process led by Judge Rafael Martínez began Monday following years of demands by human rights activists as well as numerous obstacles, including prosecutors who shelved investigations of Fujimori in the past.

The new prosecutor in the case, Pablo Espinoza, said sterilizations were carried out in unsanitary conditions and that some women died from infections. Fujimori has been implicated in the deaths of five women and the injuries of another 1,301 women who were allegedly sterilized against their will.

Fujimori, 82, is serving a 25-year prison sentence for two killings by the military during his 1990-2000 administration. He has also been convicted of corruption and faces another trial for the murder of six farmers by a military death squad during his administration.

Fujimori said through his lawyers that he should not be tried in the sterilization case because, when he was extradited from Chile in 2007, it was not included in the group of crimes for which he was going to be judged.

Some other former members of Fujimori’s government are also accused in the sterilization case.

As president, Fujimori announced at a congress in China in 1995 that his government would undertake a program to help poor Peruvian women decide the number of children they wanted to have. Later, there were growing complaints from women in poor communities in the Andes who said they had been sterilized without their knowledge.

Officials of Fujimori’s government claimed any excesses were the fault of overzealous local medical authorities. But the program was so controversial that the U.S. Congress cut aid payments to Peru that had been used to fund the program.

Fujimori had boasted that the sterilization program dropped Peru’s birth rate from 3.7 children per woman in 1990 to 2.7 children a decade later.