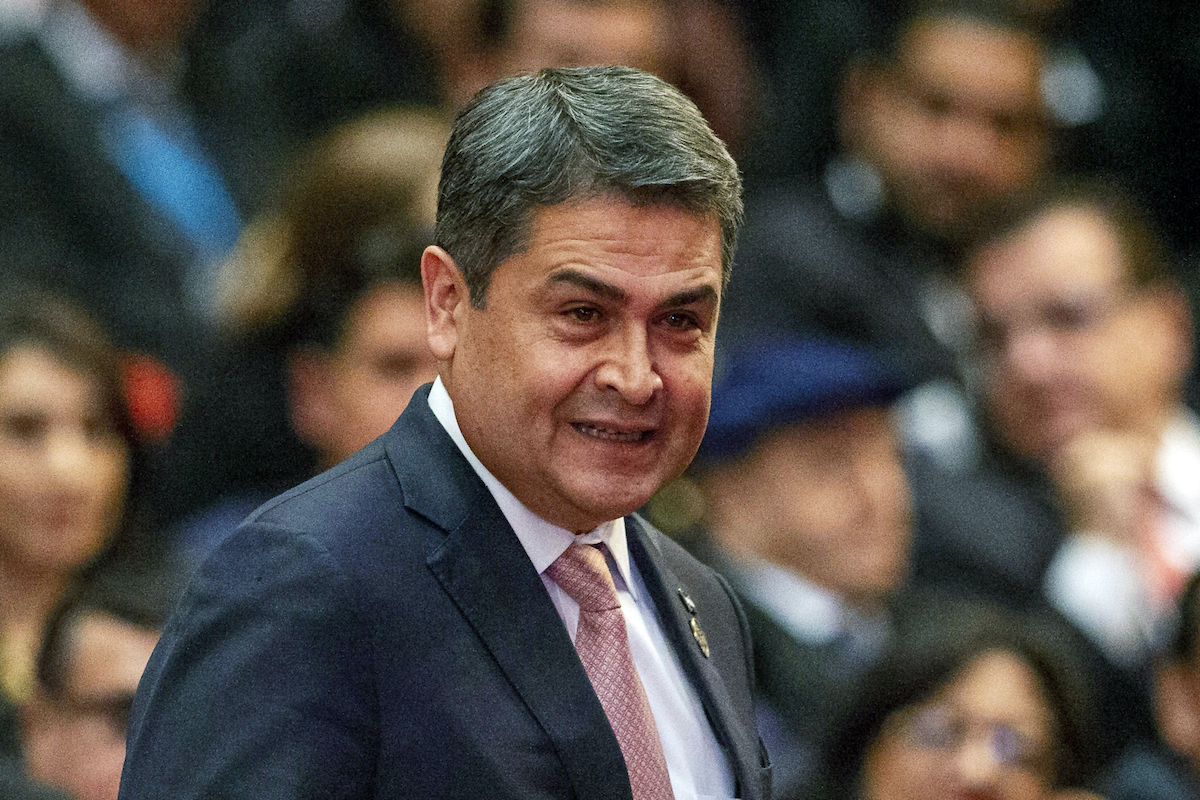 NEW YORK (AP) — A convicted Honduran drug trafficker and former leader of a cartel testified in United States federal court Thursday that he paid now-President Juan Orlando Hernández $250,000 for protection from arrest in 2012.

Devis Leonel Rivera Maradiaga, former leader of the Cachiros cartel, testified that he made the payment in cash through one of Hernández’s sisters, Hilda Hernández, in exchange “for protection so that the military police and preventive police didn’t capture us in Honduras.”

He said he also paid so that he wouldn’t be extradited to the U.S. and so companies used by the Cachiros to launder money would be favored by the government. Rivera Maradiaga has admitted to being involved in 78 murders.

At the time of the alleged bribe, Juan Orlando Hernández was leader of Honduras’ Congress, but had begun angling for the presidency, which he won in 2013. He took office the following January. Hilda Hernández, who later served in his administration, died in a helicopter crash in 2017.

The accusation came in the third day of testimony in the trial of alleged drug trafficker Geovanny Fuentes Ramírez. U.S. prosecutors have made it clear that allegations against President Hernández would arise during the trial, though he has not been charged.

Fuentes Ramírez was arrested in March 2020 in Florida. He is charged with drug trafficking and arms possession.

Hernández has vehemently denied any connection to drug traffickers. One of his brothers, Juan Antonio Hernández, was convicted of drug trafficking in the same court in 2019.

During that trial, the president was accused of accepting more than $1 million from Mexican drug trafficker Joaquín “El Chapo” Guzmán.

U.S. prosecutors have alleged that much of Hernández’s political rise was funded by drug traffickers who paid to be allowed to move drugs through Honduras without interference.

In January, U.S. federal prosecutors filed motions in the Fuentes Ramírez case saying that Hernández took bribes from drug traffickers and had the country’s armed forces protect a cocaine laboratory and shipments to the United States.

The documents quote Hernández —identified as co-conspirator 4— as saying he wanted to “‘shove the drugs right up the noses of the gringos’ by flooding the United States with cocaine.”

This week, Hernández has said in a series of Twitter messages that the witnesses in New York are seeking to lighten their sentences by making up lies against him.

Hernández’s government is expected to receive more cautious treatment from the administration of President Joe Biden than it did from former President Donald Trump. On Wednesday, Roberta Jacobson, the former U.S. ambassador to Mexico, who is now the White House coordinator for the southern border, said that none of the $4 billion Biden wants to send for development aid in the Northern Triangle nations of Central America would go to the presidents of those three countries.

Last month, Democratic senators filed a bill calling on Biden to impose sanctions on Hernández and “determine whether he is a specially designated narcotics trafficker.”

The bill calls for a suspension of security aid to Honduras, seeks to prohibit the export of items such as tear gas, pepper spray and rubber bullets for Honduran security forces and calls on the U.S. to oppose loans to those forces from multilateral development banks.

U.S. Sen. Patrick Leahy, said in a statement on Thursday that Central America democracy faces an “existential threat.” Of Honduras, he said “corruption permeates the highest ranks of government, civil society activists are under attack, and the justice system is complicit in perpetuating lawlessness and impunity.”