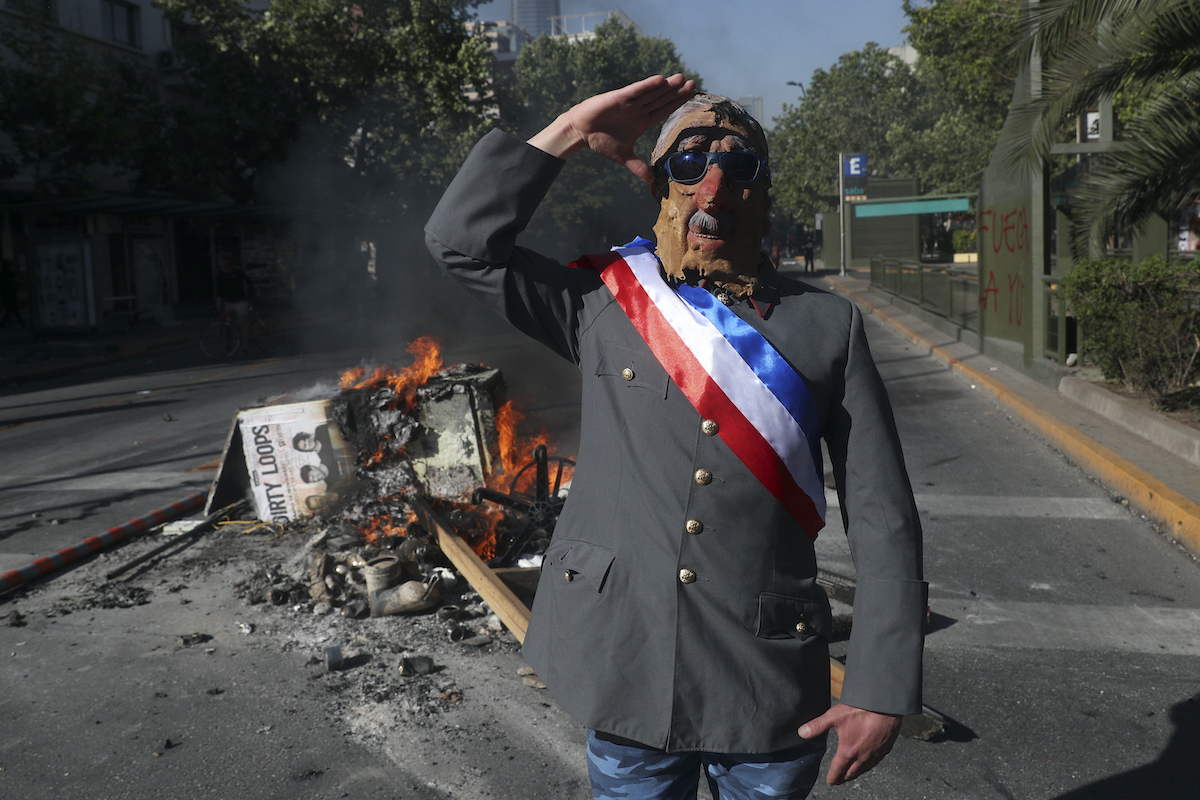 MEXICO CITY (AP) — The cool kids. The usual suspects. The ones everyone knows about.

That’s how a law professor wryly describes the constitutions of South Africa, Canada and other countries commonly discussed as blueprints for democracy when a nation, like Chile this year, drafts a new one.

“Everybody looks at foreign examples; it’s a question of degree. Constitutions are pretty formulaic,” said the professor, David Law of the University of Hong Kong. Law, who studies constitutions around the world, said in an email: ″There’s a lot of peer emulation going on.”

On April 11, Chileans elect an assembly to write fresh governing principles and put them to a national vote in 2022. The goal? A more inclusive country and the erasure of a much-amended relic of military rule, the 1980 constitution.

If Chile looks close to home, Latin America has tips on framing fundamental rules and rights. Red flags as well.

New constitutions in Ecuador (2008) and Bolivia (2009) sought to expand rights, including for Indigenous people, but democracy is uneven. Colombia’s 1991 constitution aimed to defuse conflict, though violence is still a scourge. In Guatemala, corruption threatens the constitutional court. Panama’s bid to redo its 1972 constitution is contentious.

“The Chávez-led constituent assembly in Venezuela is the cautionary tale par excellence — and the conservative opponents to the process in Chile bring it up all the time,” said Alexandra Huneeus, a Chile-born professor at the University of Wisconsin who examines law and rights in Latin America.

Chile, a regional economic standout, is a far cry from Venezuela, where the late President Hugo Chávez oversaw the approval of a 1999 constitution that concentrated his powers and set the tone for ongoing crises and conflict.

But Chilean protests over pension systems, service costs and other grievances erupted in 2019, despite past stability and poverty reduction. The constitution created under Gen. Augusto Pinochet was a flashpoint, branded an enabler for centralized power and private enterprise at the expense of equality.

While some Chileans worry a new constitution that mandates a bigger state role would sap the economy, Indigenous groups see an opportunity.

“We long for a constitution that is plurinational, decentralized, anti-capitalist, anti-racist, and that prioritizes unfettered respect for human rights and recognizes the rights of nature,” said Ingrid Conejeros Montecino of the Mapuche group. Montecino, a constitutional assembly candidate, told The Associated Press that her camp is studying other constitutions in which “advances in terms of the recognition of ancestral peoples are expressed.”

The 155-member assembly will reserve 17 seats for Indigenous delegates. Its formation was approved in an Octobe 25 plebiscite —delayed six months by the pandemic— in which nearly 80% of Chileans demanded a new constitution. 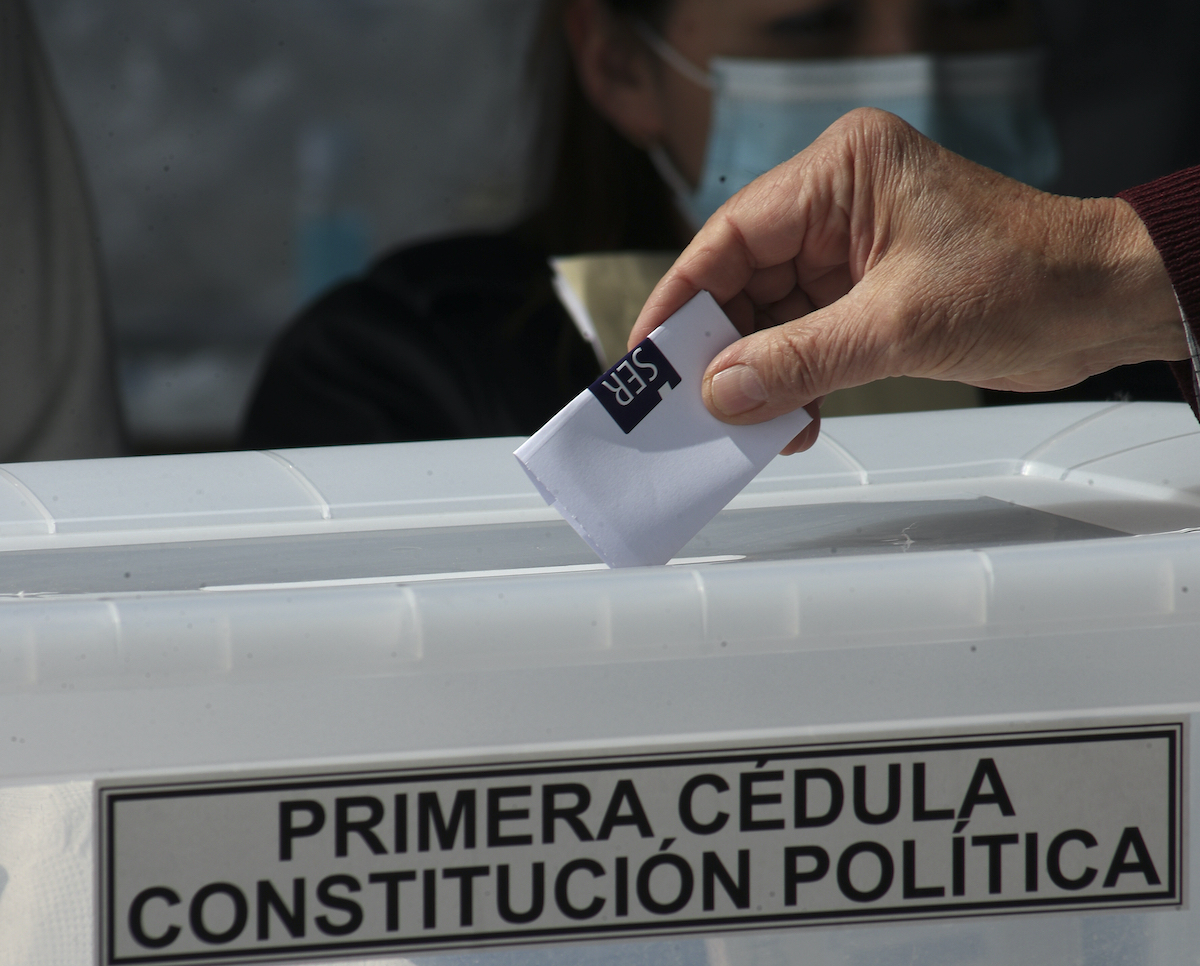 In this October 25, 2020 file photo, a person votes at a polling station during a referendum to decide whether the country should replace its 40-year-old constitution, in Santiago, Chile. (AP Photo/Esteban Felix, File)

Chile, with 19 million people, would be the first country with a constitution drafted by an assembly equally divided between men and women, according to the United Nations.

“There are enormous expectations about the results, in terms of gender parity, that can be achieved,” said Alejandra Zúñiga Fajuri, a law professor at Chile’s University of Valparaíso and an assembly candidate.

Zúñiga Fajuri said past constitutional processes in Iceland, South Africa, Colombia, Ecuador and Bolivia are being assessed in Chile.

Disgusted with politicians, the Oct. 25 voters decided the assembly should exclude congress members.

“Although the role of the people in constitutional moments tends to be over-romanticized (elites, inequalities etc. do not disappear through the magic wand of the Constituent Assembly), still participation and inclusiveness matter,” said Xenophon Contiades, a public law professor at Panteion University in Athens, Greece, and Alkmene Fotiadou. They are co-editors of the “Routledge Handbook of Comparative Constitutional Change.”

Contiades and Fotiadou, responding jointly to The AP in an email, noted Iceland’s use of social media and other measures to bypass politicians and directly involve citizens in a failed attempt to write a new constitution a decade ago, following anger over the financial crash in 2008. The initiative eventually stalled in the parliament.

“The Icelandic experiment shows that it is never a good idea to underestimate the role of political parties and the interaction between the people and political elites when drafting constitutions,” they wrote.

Law, the Hong Kong professor, said South Africa’s constitution “in particular is pushed as an example for every Global South/transitional/developing country out there. Is it actually the best fit? Not so clear.”

Approved after the 1994 end of white racist rule, the South African constitution drew from codes in Germany, Canada, India, Namibia and elsewhere. It guaranteed the right to food, water, housing and other basics, and was hailed as a state-of-the-art template for a diverse, democratic society. Yet inequality and injustice run deep today.

The widely emulated Canadian Charter of Rights and Freedoms, part of Canada’s constitution, protects freedom of expression and the right to equality. But sometimes leaders ignore democratic safeguards in constitutions or rework them to increase power in tightly controlled political systems.

In 2018, Chinese President Xi Jinping received a vastly expanded mandate as the rubber-stamp legislature abolished presidential term limits in place for more than 35 years and wrote his political philosophy into China’s constitution.

“This is not a good analogy, but ask yourself how much constraint the U.S. Constitution would have imposed on Trump if Trump had final say over the meaning of the Constitution,” Law said. “Would that be the fault of the Constitution? Or of how the power to interpret was assigned, and who was doing the interpreting?’”

Some constitutions get continually amended. Hundreds of changes have been made to Mexico’s 1917 constitution, forged during a revolution. A few countries including Britain don’t have codified constitutions, relying instead on accumulated laws, precedent and other guidelines.

In Chile, two-term President Sebastián Piñera cannot run in a general election on November 21. A new constitution offers a chance to dilute the relatively concentrated power of the presidency in a region with an authoritarian history, a scholar said. 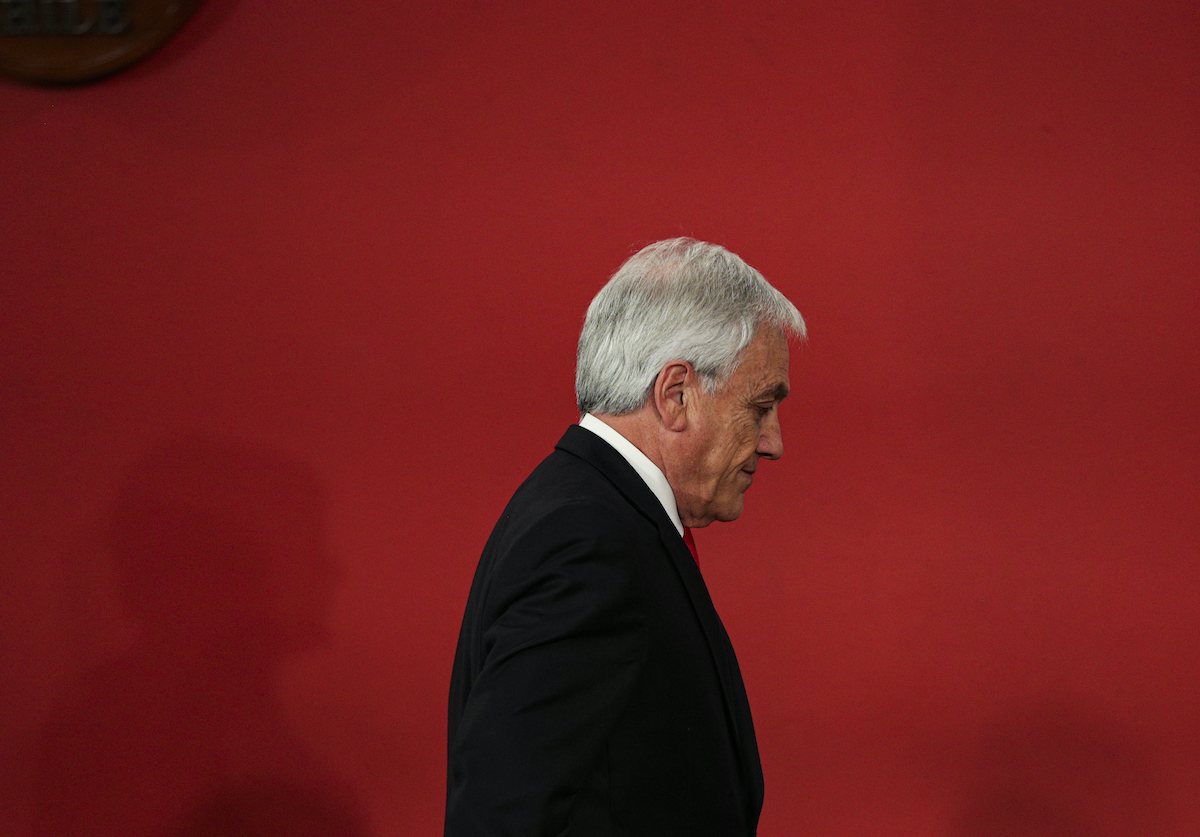 “Chile now has the chance to switch gears and shift Latin America in another direction with respect to executive-legislative relations,” said Zachary Elkins, associate professor in the government department at the University of Texas and co-author of the book “ The Endurance of National Constitutions.”