How a Social Movement Is Using Politics and Solidarity to Fight Extreme Inequality in Santa Fe, Argentina

Around 300 miles north of Buenos Aires, the province of Santa Fe is part of Argentina’s farming heartland, producing grains and meats, although local resident María Claudia Albornoz argues few in Santa Fe reap the large revenues from the farming sector.

María, a health worker and social psychologist was born in the neighborhood of Chalet 55 years ago. Growing up there in the 1960s, she recalls more opportunities and genuine social mobility.

“If you worked your way up, you could escape poverty. This changed over the years as the lack of work means more people live in the neighborhood in situations with greater needs,” she told Latino Rebels.

Today she says it is different. “Chalet has around 7,000 people, many children and few adults as the situation around poverty means those living in impoverished neighborhoods don’t live beyond 60 years old.”

María says Chalet has limited access to services, no schools and fought to secure a health center.

For four years, María has been part of “La Garganta Poderosa,” which she describes as “a social movement that was born 17 years ago in Argentina in 2004 in an impoverished slum of Buenos Aires in Villa Zavaleta.”

La Garganta Poderosa is the “first seed” aimed at improving the fortunes of many disenfranchised communities.

La Poderosa or “powerful one” is a reference to the name of Che Guevara’s motorcycle during his journey across Latin America, becoming a symbol of the movement, adorning their t-shirts and flags alongside Juana Azurduy, a female revolutionary who fought for independence in Latin America.

Assemblies like La Garganta Poderosa grew from the nation’s socioeconomic and political turmoil of the 2001-2002 financial crisis.

Many lost savings in the banks after the largest debt default in history. Many left Argentina, while two-thirds of the population were thrown below the poverty line.

For María, assemblies are transformative spaces, allowing “all the neighbors to have a voice to discuss the problems which happen in the neighborhoods where we live.”

In 2003 the province of Santa Fe was devastated by massive flooding, leaving around 160 people dead—at which point she became more involved in activism.

After hearing a talk by the movement in the city of Santa Fe, it “awoke” her interest.

María had participated in social movements before, specifically on female issues such as the disappearances of women—with Argentina suffering one femicide every 30 hours.

María says the mixed social movement has a strong sense of inclusion, recognizing issues related to women, particularly those in the slums and others like gender and LGBTIQ issues.

Today La Garganta Poderosa has over 100 assemblies throughout Argentina and Latin America operating in a similar manner. 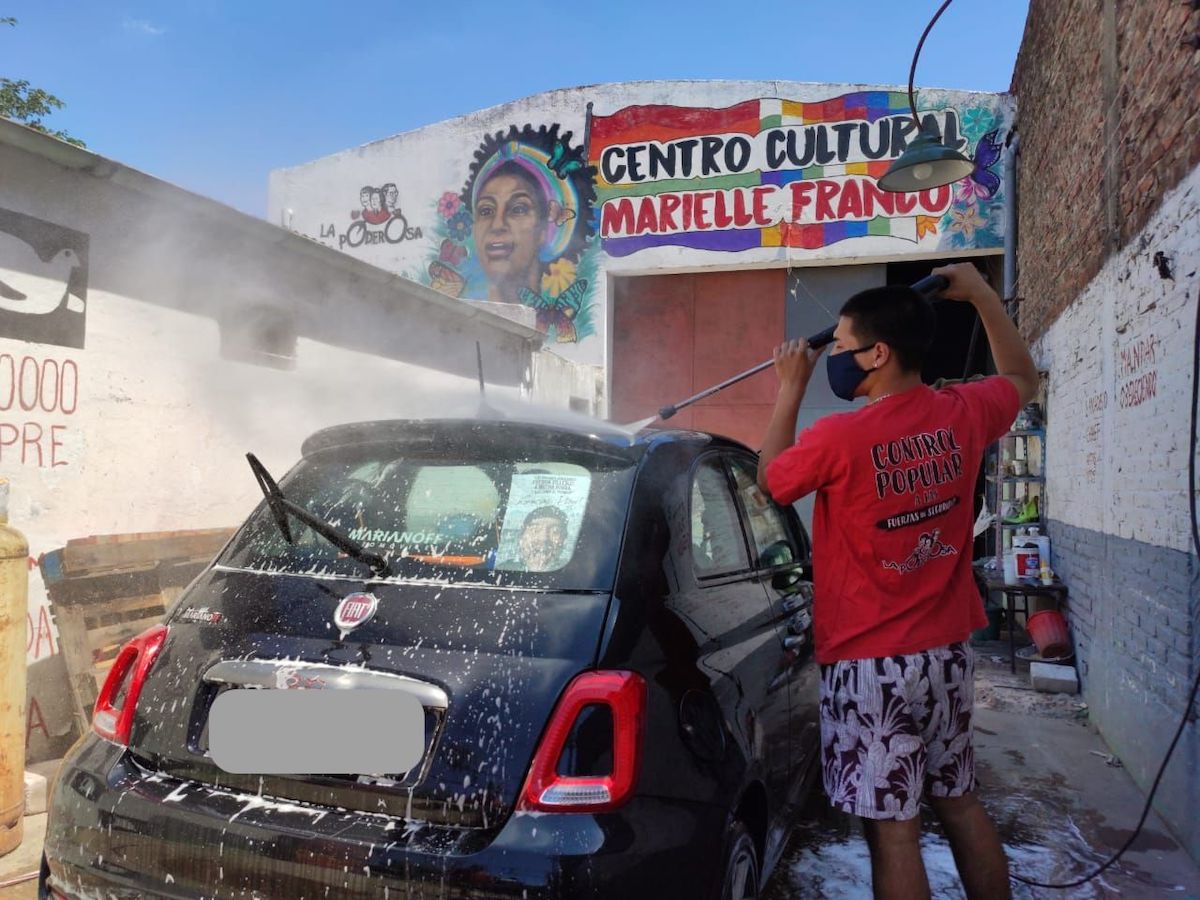 María says the topics discussed typically focus on “the lack of food, lack of work, lack of education and organization. This way it shapes us as political subjects with our own voice concerning the discussions in our country and Latin America.”

As well as running the assemblies, La Garganta Poderosa also operates alongside “ollas populares” or soup kitchens, preparing around 40,000 rations of food daily across Argentina and relying on a team of around 1.800 people nationwide and around 60 in Chalet.

María describes them as “solidarity networks” catering for a range of needs from food to residential development.

“It’s difficult and that’s why we have organized ourselves,” she said. 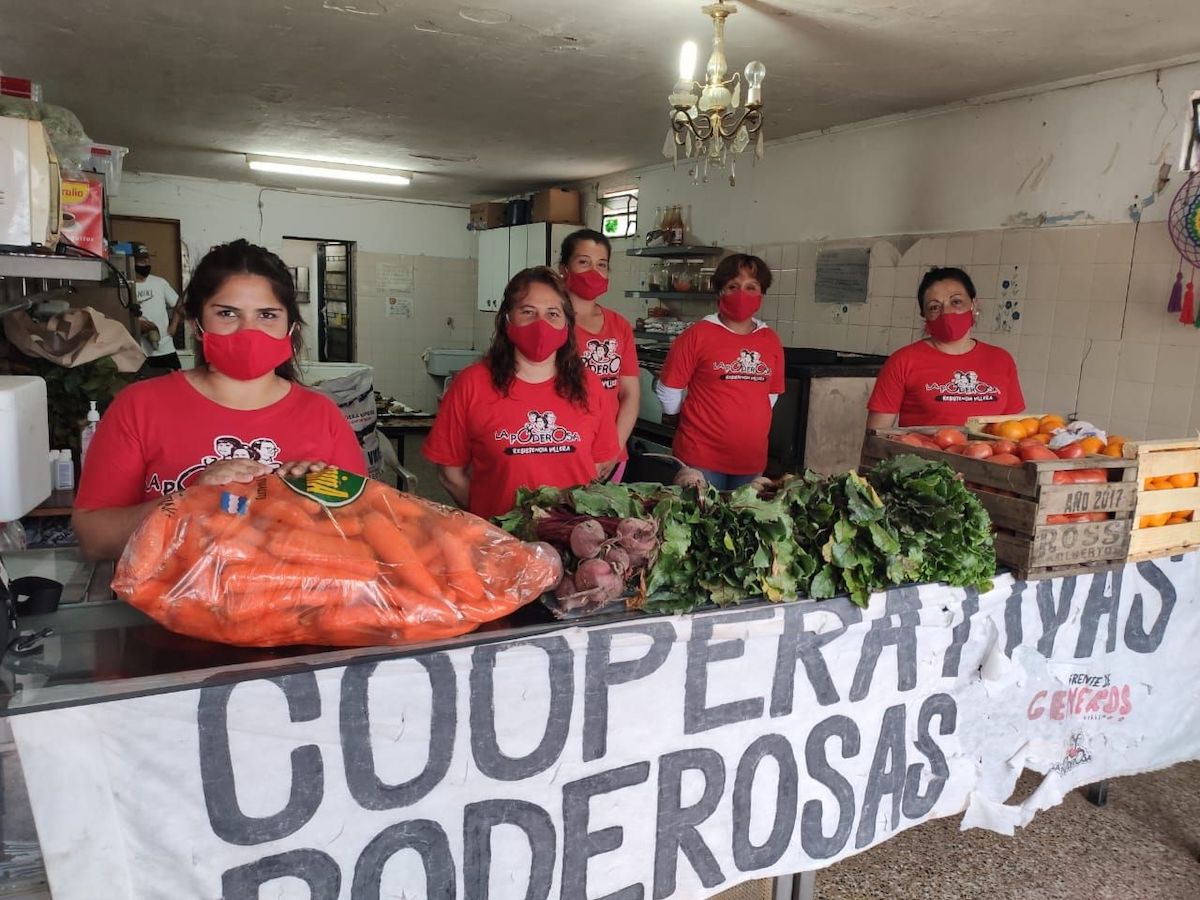 When the global pandemic struck and Argentina went into a strict lockdown on March 20, 2020, it hit the local community hard, with many dependent on the day-to-day nature of work and without the luxury of fully stocked fridges.

“This situation created a lot of psychological vulnerability because you never know when you’re going to eat basically,” said María, adding “the impact was hard for me because I started with panic attacks something which I had never had, not even in the flooding because the situation was dire.”

While adhering to the strict COVID-19 protocols, the social movement quickly mobilized at the start of the pandemic to help those in need in Chalet.

“At the start, we didn’t get any help. Governments are extremely bureaucratic so until the bureaucratic machine began to start up, time had passed,” María said.

María says facing up to the pandemic entailed a “high level of organization” and a sharing of different roles to cook 300 portions of food per sitting, with La Garganta Poderosa combining forces locally with other social organizations to cover these needs.

With growing numbers reliant on soup kitchens in Argentina, María says much of the solidarity came from community-based networks, especially those “who understand in Argentina that the problem is that poverty in the middle of a pandemic is very serious. It’s almost half the population of Argentina, over 40% of the population is below the poverty line, around 15-20 million people.”

She says they have been grateful to the “bonds of solidarity” from businesses donating meat, vegetables and fruit, helping to provide balanced nutrition for children. “Really the people that have saved us from hunger and unemployment are independent people who have donated and transferred resources for us to live a bit better.”

María says the government later helped with “social programs around food and work.”

In Chalet, children have faced difficulties.

A recent UNICEF investigation in Argentina found that there is now 62.9% child poverty and the most affected populations are those in informal urbanized settings where poverty affects 9 out of 10 girls and boys.

Like much of Argentina, education was strongly impacted in Chalet due to a lack of internet connectivity.

“They ended up without access to education until we could organize as a community to get the internet via some campaigns that we carried out,” María said. 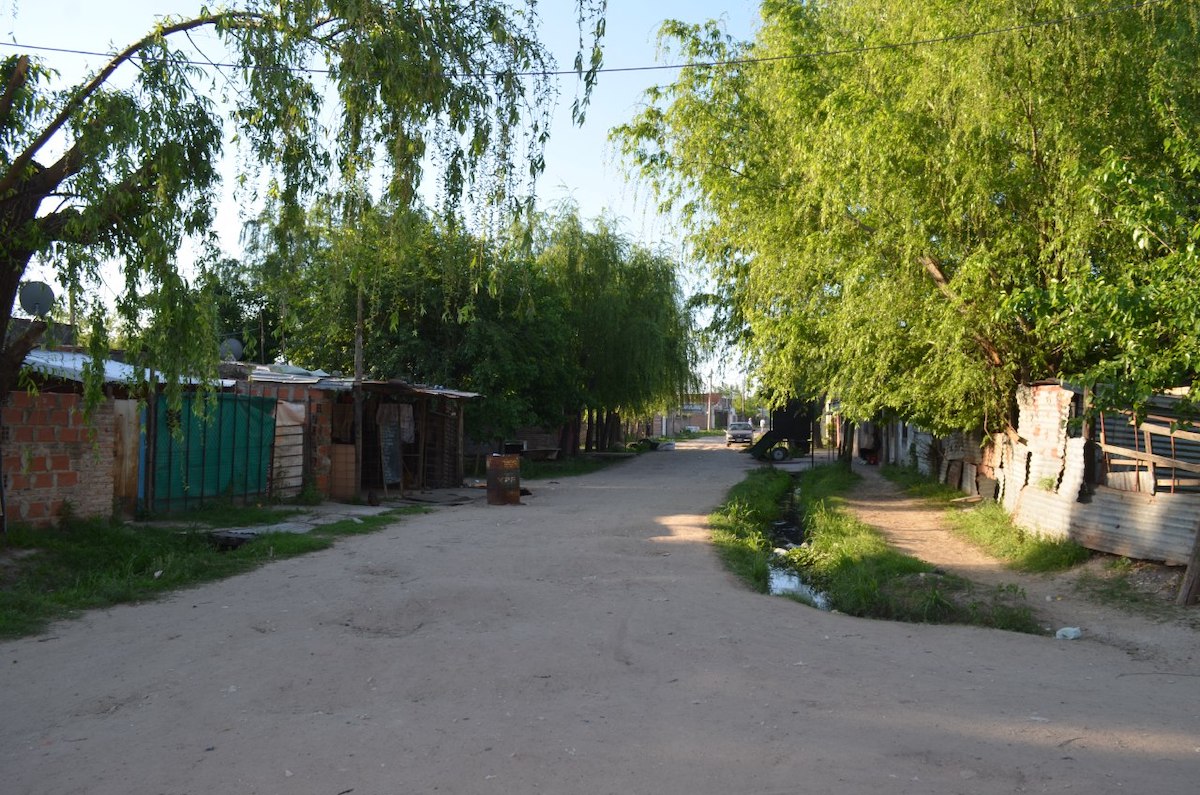 A street in Chalet (Photo courtesy of La Garganta Poderosa)

Then, Argentina began its vaccine program in late December.

For María, a “new normal” means the government should now be prioritizing the vaccination of many women “in the firing line” at soup kitchens, recognizing their essential role and formalizing their work with a salary beyond the “Potenciar” card they receive with 10,000 Argentine pesos ($110) monthly for food.

She is determined to continue making a stand for her community.

“Our voices should have an impact over public policy which govern our lives. That’s something that has taken flight since the pandemic. The problems we have, we know what they are. We live them on a daily basis in the neighborhood, in the villa.  We need them to listen to us firsthand, what our issues are and how to resolve them, without intermediaries,” María said.

She adds that empathy needs to be core, driving the governmental politics to improve the fortunes for neighborhoods like Chalet.