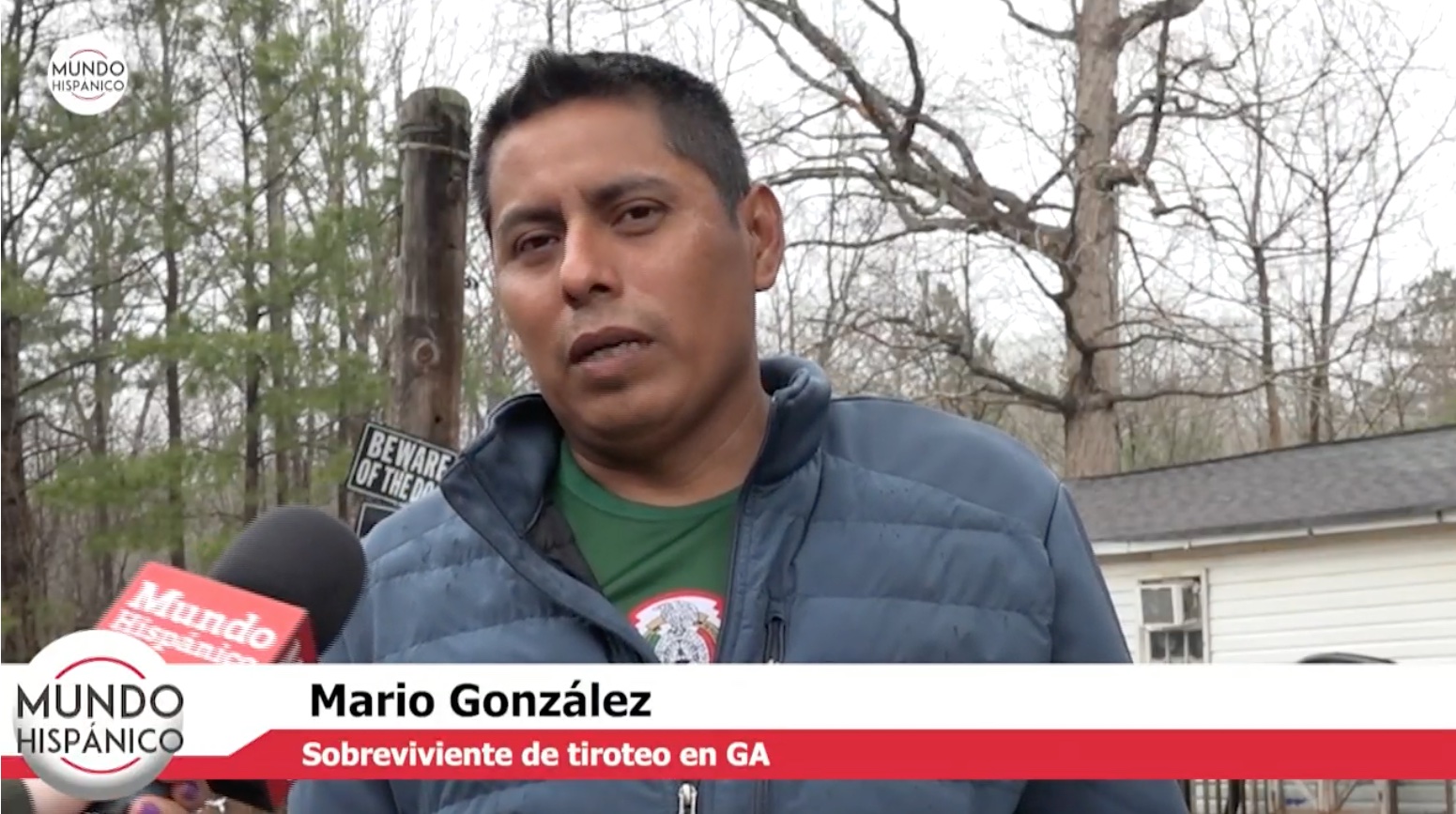 In a Spanish-language interview with Mundo Hispánico on March 18, the husband of one of the victims of the Atlanta spa killings said that he was said he was detained by police, after he escaped the March 16 shooting spree and did not know that his wife had died.

“I was in the patrol car until the entire time that they were investigating who the suspect was or what exactly happened and who was the person who did this,” Mario González said in Spanish. “Only then did they tell me that my wife had died.”

Delaina Ashley Yaun, González’s wife, was one of the eight victims who died.

In the Spanish-language video, González added that he was treated badly by police and suggested that it was because he was Mexican.

“Maybe because I’m Mexican, I don’t know. The truth is that they treated me badly,” he said in Spanish.

The New York Times reported in Sunday that the Cherokee County Sheriff’s office has not responded specifically to González’s allegations.

According to a story from DailyMail.com, González’s niece Jessica said that her uncle was handcuffed for about two hours outside Young’s Asian Massage Parlor, one of the three places suspect Robert Aaron Long attacked.

“He was in the handcuffs for like two hours because they thought it might be him,” Jessica Gonzalez told the Daily Mail. “He’s very upset and angry about that. He was handcuffed for something he didn’t do. I think it was a racial thing. He was the only one left in handcuffs. He kept asking, ”Where’s my wife? Where’s my wife?” and nobody would give him an answer. He didn’t get any answers until a couple of hours later.”

This is the Spanish-language interview with Mario González and Mundo Hispánico.