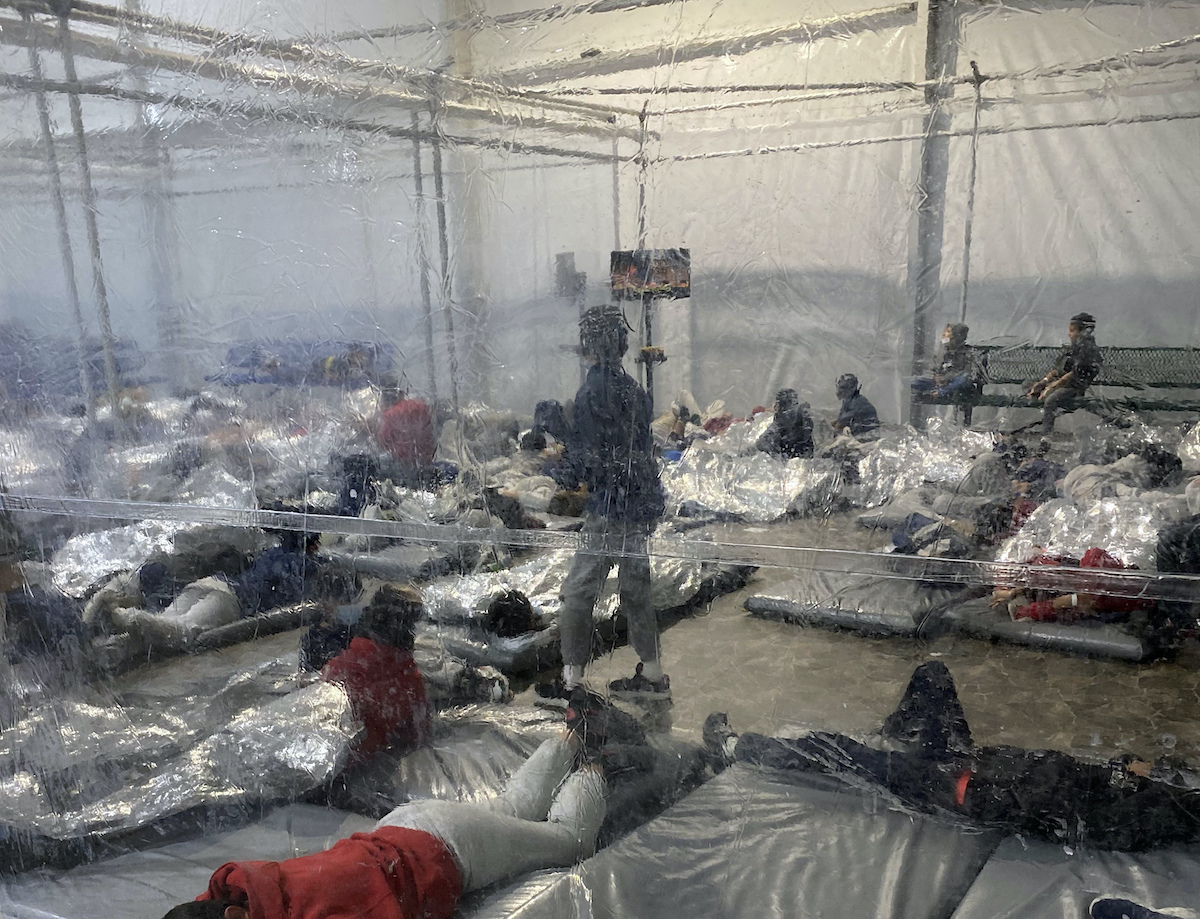 WASHINGTON (AP) — President Joe Biden’s administration has tried for weeks to keep the public from seeing images like those that emerged Monday showing immigrant children in U.S. custody at the border sleeping on mats under foil blankets, separated in groups by plastic partitions.

Administration officials have steadfastly refused to call the detention of more than 15,000 children in U.S. custody, or the conditions they’re living under, a crisis. But they have stymied most efforts by outsiders to decide for themselves.

Officials barred nonprofit lawyers who conduct oversight from entering a Border Patrol tent where thousands of children and teenagers are detained. And federal agencies have refused or ignored dozens of requests from the media for access to detention sites. Such access was granted several times by the administration of President Donald Trump, whose restrictive immigration approach Biden vowed to reverse.

The new president faces growing criticism for the apparent secrecy at the border, including from fellow Democrats.

Biden’s national security adviser, Jake Sullivan, said Monday “the administration has a commitment to transparency to make sure that the news media gets the chance to report on every aspect of what’s happening at the border.”

White House press secretary Jen Psaki added that the White House was working with homeland security officials and the Health and Human Services Department to “finalize details” and that she hoped to have an update in the “coming days.” 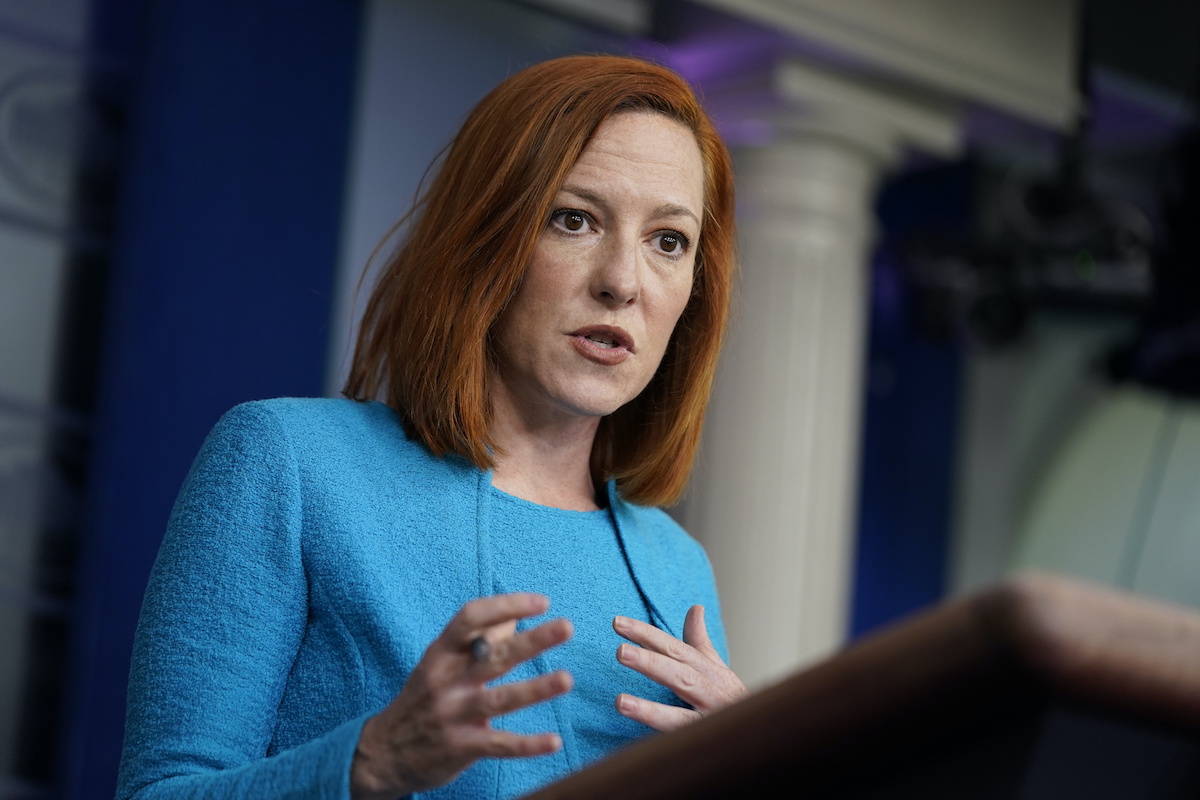 Axios on Monday first published a series of photos taken inside the largest Border Patrol detention center, a sprawling tent facility in the South Texas city of Donna. The photos were released by Rep. Henry Cuellar, a Texas Democrat from the border city of Laredo.

Cuellar said he released the photos in part because the administration has refused media access to the Donna tent. He said he also wanted to draw attention to the extreme challenges that border agents face in watching so many children, sometimes for a week or longer despite the Border Patrol’s three-day limit on detaining minors.

“We ought to take care of those kids like they’re our own kids,” Cuellar said. 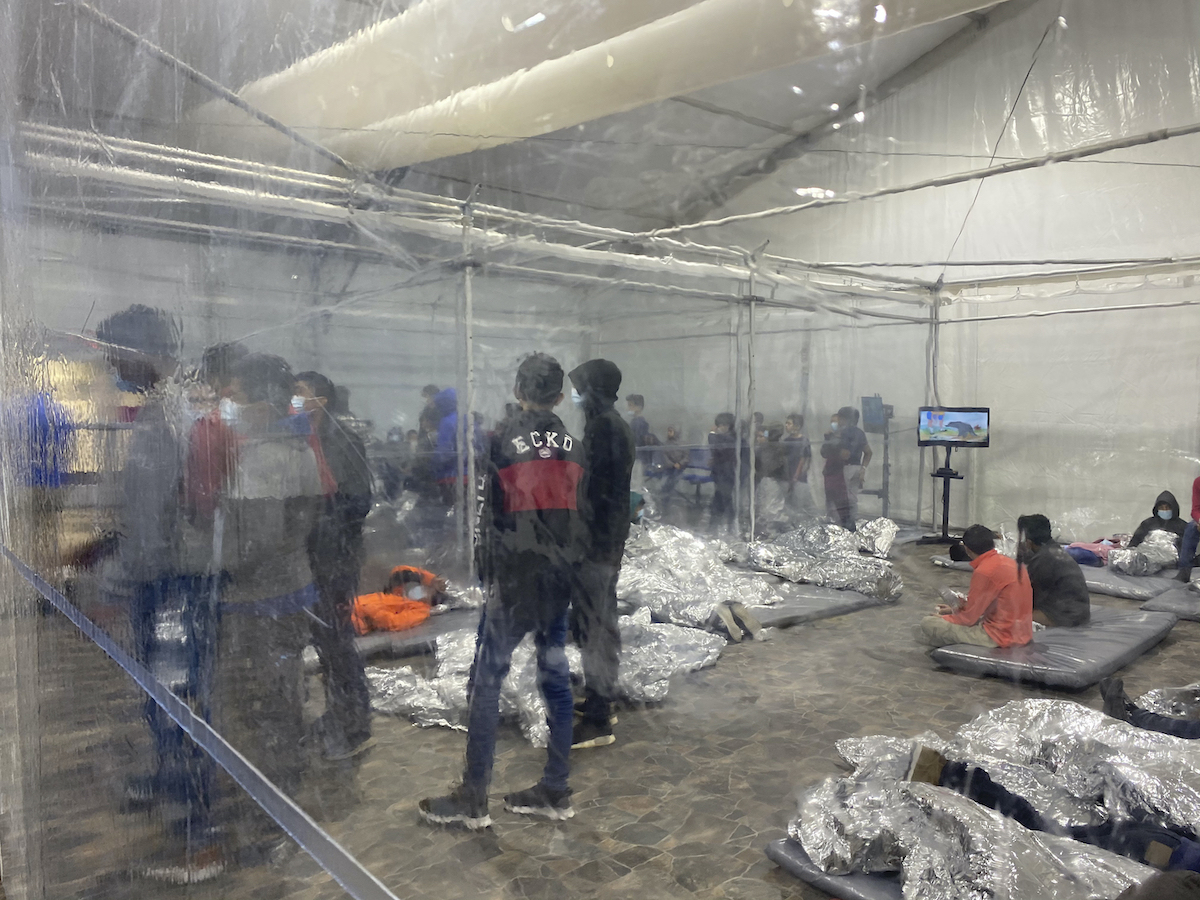 Thomas Saenz, president of the Mexican American Legal Defense and Educational Fund, said the U.S. should allow media access to border facilities while respecting the privacy of immigrants detained inside. He noted the risk of sharing without permission images of children who have already faced trauma.

“We ought to be aware of these conditions,” Saenz said. “People have to see them so that they can assess the inhumanity and hopefully embark on more humane policies.”

The White House has prided itself on its methodical rollout of policy during its first 50-plus days but West Wing aides privately acknowledge they were caught off guard by the surge of migrants at the border and the resulting media furor.

Republican lawmakers largely sat out the debate over the administration’s $1.9 trillion COVID relief bill. While none of them voted for the package, their opposition was muted and they instead focused on culture war issues, like the debate over racial stereotypes in some Dr. Seuss books, rather than a bill that was broadly popular with GOP voters.

But the GOP has grabbed on to the border situation with both hands, reviving the issue that was key to propelling Trump to the top of the Republican field in 2016. In 2018, the Trump administration detained hundreds of children in many of the same facilities being used now after separating them from their parents. The following year, hundreds of families and children detained at one West Texas border station went days without adequate food, water, or soap.

Biden has kept in place a Trump-era public health order and expelled thousands of immigrant adults and families, but he declined to expel immigrant children without a parent after a federal appeals court in January cleared the way for him to do so. He also moved to speed up the reunification of hundreds of separated immigrant families.

Cuellar said the White House needs to work more with Mexico and Central America to prevent people from leaving their home countries. The White House said Monday that key officials would go this week to Mexico and Guatemala. 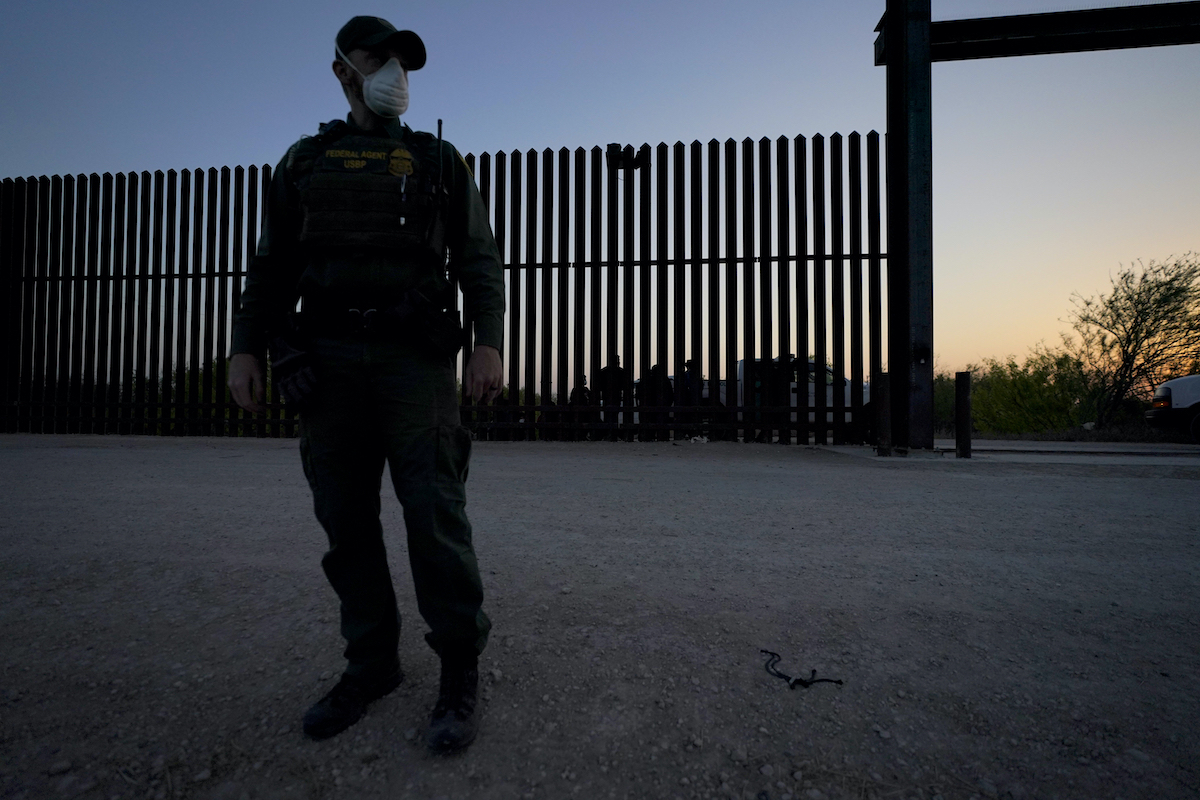 A U.S. Customs and Border Protection agent looks on near a gate on the U.S.-Mexico border wall as agents take migrants into custody, Sunday, March 21, 2021, in Abram-Perezville, Texas. (AP Photo/Julio Cortez)

Sen. Chris Murphy, a Connecticut Democrat who visited a facility in El Paso, Texas, last week, told NPR, “We want to make sure that the press has access to hold the administration accountable.”

The Associated Press has requested access to border facilities for more than a month. Reporters first asked Health and Human Services on February 4 to allow entry into a surge facility re-opened at Carrizo Springs, Texas, holding hundreds of teenagers. And they have asked Homeland Security officials for access at least seven times to Border Patrol facilities, with no response. The AP has also petitioned Psaki to open border facilities.

Border agencies under Trump allowed limited media tours of both Homeland Security and Health and Human Services facilities. Several of those visits revealed troubling conditions inside, including the detention of large numbers of children as young as 5 separated from their parents.

Under Biden, the agencies also have denied full access to nonprofit lawyers who conduct oversight of facilities where children are detained. Those oversight visits occur under a federal court settlement.

When lawyers this month visited the Border Patrol facility at Donna, where thousands of children are now detained, agents refused to let them inside and the Justice Department said they were not entitled to gain access. The lawyers were forced to interview children outside. The Justice Department declined to comment.

The newly published photos released by Cuellar’s office show groups of children crowded together inside the partitions. Some appear to be watching television while others are lying on floor mats, some side by side. Children are shown wearing surgical masks but are close to each other.

The Donna facility consists of large interconnected tents. Overhead photos taken by AP show enclosed outdoor areas where children can go. But lawyers who have interviewed children detained at Donna say some can go days without being allowed outside.

The administration is rushing to open more space to get roughly 5,000 children out of Border Patrol detention and into Health and Human Services facilities that are better suited for youth. It has also tried to expedite the release of children in HHS custody to parents and other sponsors in the U.S. But border agents continue to apprehend far more children daily than HHS is releasing, even though more than 40% of youths in the system have a parent or legal guardian who could take them.

Meanwhile, the administration is seeing its emergency facilities for immigrant children approach capacity almost as quickly as it can open them. The downtown Dallas convention center has 1,500 teenagers less than a week after opening and is expected to take in 500 more teens Monday, according to HHS. Its current capacity is 2,300 people.