The Pandemic and Bolsonaro Continue to Wreak Havoc in Brazil 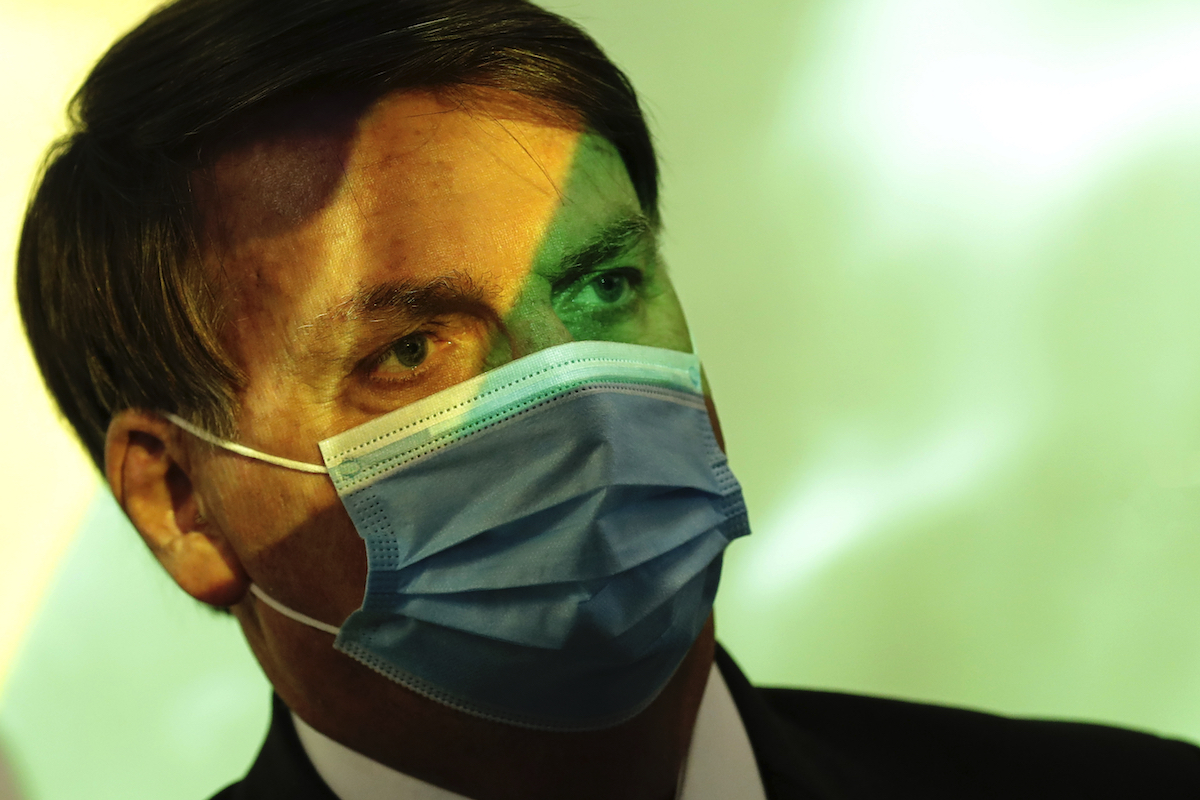 Brazil has become the epicenter of the pandemic, surpassing 300,000 deaths in total and more than 3,000 deaths daily despite the insistence of far-right President Jair Bolsonaro and his supporters in acknowledging the gravity of the situation. In fact, until recently Bolsonaro called COVID-19 a “little flu” and made access to vaccines difficult, refusing offers to buy millions of doses and greatly delaying the start of vaccination in Brazil.

Since he was elected, Bolsonaro has adopted the discourse that he can’t carry out his reforms because he is hindered by the judiciary, the Supreme Court in particular, which would even have prevented him from acting against the pandemic, a fake news item widely disseminated by the president and his supporters as a way to mask the incompetence of the government in containing the pandemic—or even the alleged support of Bolsonaro and allies in its spread, which has already yielded a request to open proceedings for genocide in the International Criminal Court.

Despite the overwhelming number of deaths and the unprecedented increase in cases, as well as the warnings even from the coffin production industry that it is reaching its production limit, supporters of the president are still on the networks and in the streets protesting against social isolation measures—and turning increasingly violent.

On March 14, thousands of people took to the streets in several Brazilian cities to display support for Bolsonaro and to protest against restrictive pandemic measures imposed by governors. Even though the president has been melting in the opinion polls the past few months, he still maintains a base of support at around 30% of the population.

Two days after the protest, Brazil saw its fourth health minister since Bolsonaro took office. The previous minister, General Eduardo Pazuello, resigned after a catastrophic health management in which northern states reached the point of no longer having oxygen for COVID-19 patients—many died of asphyxiation, to the despair of relatives and friends and worldwide shock.

But the big news was the refusal of the doctor who was being considered for the position, Ludhmila Hajjar, due to disagreements with Bolsonaro’s handling of the pandemic. After saying no to the president, she started receiving death threats from Bolsonaro supporters—they even threatened to storm the hotel where she was staying in Brasília.

On the same day, March 15, one of the most famous YouTubers in Brazil, Felipe Neto, with more than 41 million subscribers on his channel, and a staunch opponent of the president, received a visit from the police and a subpoena to explain why he —along with thousands of internet users— accused the president of genocide.

Many analysts, politicians and activists have been describing Bolsonaro as genocidal for the way he’s handling the pandemic, and he has responded with criminalization, persecution and intimidation of opponents, arresting and suing protestors, and even targeting former presidential candidate Ciro Gomes and threatening to use the Federal Police to investigate him for his declarations.

For a couple of weeks, several cases broke out around Brazil of people who were framed under the National Security Law —an act from the 1964-1985 military dictatorship— after expressing opinions or criticizing Bolsonaro. According to a survey done by the lawyer group “Cala Boca Já Morreu” (something like “only the dead remain silent”), created by Neto after being subpoenaed, more than 200 people have so far been summoned, persecuted, or prosecuted for criticizing the government.

The group was created with the aim of defending people who have suffered the same type of threats and violence and among the government’s main targets are journalists.

Journalist Patrícia Campos Mello recently won a lawsuit against President Jair Bolsonaro forcing him to pay damages for statements and threats made against her. Several journalists have been harassed and threatened since Bolsonaro took office and there’s a visible escalation taking place.

On March 17, the headquarters of a newspaper in São Paulo’s countryside city of Olímpia (also the residence of the newspaper’s editor) was burned down allegedly by supporters of the president, and all over the country journalists are threatened and offended, often working in fear.

Even politicians, such as the governor of São Paulo, João Dória —who became an opponent of the president by advocating vaccines against the pandemic and financing, through the Butantan Institute, the local production of the Chinese vaccine Coronavac— have been receiving threats. Dória decided to move from his residence to the government palace as a way to extend his security against what he called “extremists.”

As if this were not enough, Bolsonaro’s government has once again found itself involved in a controversy involving Nazism. Several members of the government have been accused of sympathizing with Nazism —the then Secretary of Culture, Roberto Alvin, was eventually fired last year after recording a video in which he repeated words spoken by Nazi leader Joseph Goebbels— and now the president’s international advisor, Felipe Martins, was caught in a video doing the infamous White Power sign with his hands during a Senate hearing.

The Holocaust Museum, located in Curitiba, in southern Brazil, immediately repudiated yet another demonstration of Nazism by the government.

Recently, the government has been involved in a controversial ministerial change, with the departure of the Foreign Minister and the change of command of the heads of the Armed Forces and the Minister of Defense. Analysts and politicians point to a possible radicalization of the government, which is trying to put military personnel even more aligned with Bolsonaro in key positions.

Brazil is going through a catastrophic situation. Not only have more than 300,000 people died of COVID-19 thanks in large part to disastrous management by the president (some would say it’s all intentional), but the same president never tires of inciting and promoting the radicalization of his supporters and even of the government itself, filling it with military personnel and figures who are clearly sympathetic to Nazism and other far-right ideologies, but who have little idea how to run a country.

If on the one hand, the world looks with concern at the unfolding situation in Brazil, on the other hand, for Brazilians the climate is one of absolute fear.