OPINION: DeSantis Wants to Censor Us Like Cuba Censored My People 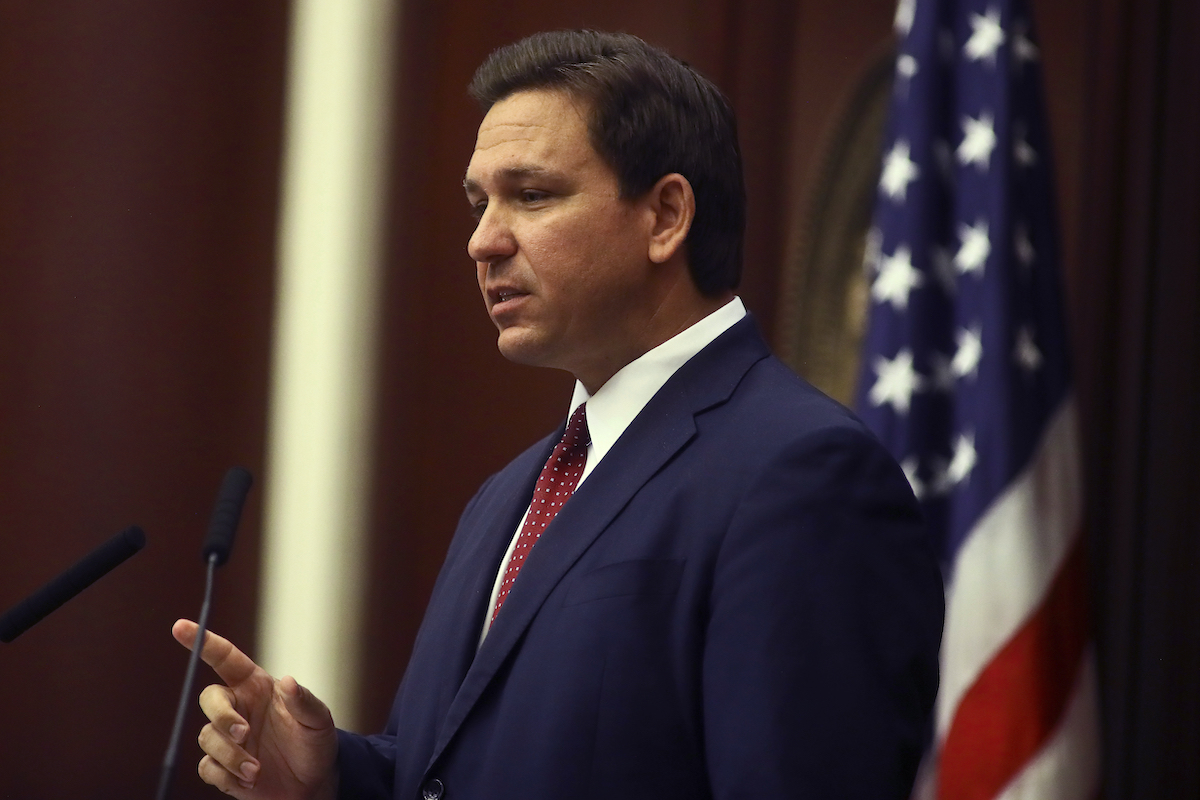 Those who came to Florida fleeing authoritarian governments, both from the right and the left, still have images of repression and censorship engraved in their minds. Images of the Cuban authorities beating the Ladies in White for protesting peacefully are still recorded in my mind, and regrettably continue to happen in my longed-for Cuba.

My parents never thought we would see such repression in our new home after they fled to the United States, a country that claims to be a model of democracy and freedom of expression. But Florida’s Governor DeSantis is breaking that promise by censoring and threatening to jail people who disagree with his government.

At the request of Governor DeSantis, the Florida legislature is currently considering passing two bills —House Bill 1 and Senate Bill 484— that would send anyone to jail simply for protesting and would allow someone to run over protesters without consequence, among other provisions. If you think that this is just Florida being Florida, the ACLU has been tracking a long list of states that have been trying to pass similar laws since 2017.

The content of these censorship bills is as unnecessary as it is dangerous. Not only is it a repression tool and government-led intimidation against anyone who wants to rally or protest to claim their rights or better conditions, but it also gives a blank check to anyone attempting to harm protesters who are exercising their first amendment right to freedom of speech. To paint a better picture, imagine you are participating in a peaceful demonstration or march about an issue you care deeply about, and then a person who disagrees with you decides to run you over with their car; the legislature is giving that person a free pass without any legal consequences. That’s how dangerous, ambiguous and disturbing is the language of this bill.

The dangers of these censorship bills are so deep, that people from all walks of life, including prosecutors and former Sheriffs, have spoken out against them. History has shown us that the most important moments that have led this country to move towards a path of justice and equity began with a peaceful demonstration.

Beyond dangerous, these bills are completely unnecessary and disconnected from the reality that we are living in right now. It’s unbelievable that the Florida legislature has chosen to spend time and energy on this bill when millions of Floridians have yet to receive the COVID vaccine, hundreds of thousands don’t know how they will pay the bills next month, and thousands of families are one paycheck away from losing their homes.

Floridians elected their state legislators believing in their promises to meet our needs —which are not few— with speed and diligence. Economic recovery, access to healthcare, relief for small businesses, fixing the state’s unemployment system, fair distribution of COVID vaccines, permanent and sustainable solutions to climate change: everything is urgent.

Why waste time creating new laws to address issues already covered by current laws? Why ignore the true priorities of Floridians before we fall into an even deeper crisis? Why promote laws that do more harm than good? Why prioritize legislation that silences, criminalizes and penalizes communities who have nothing else other than their freedom of speech?

Finally, it is worth asking, what are the Governor and legislators so afraid of that they need to censor us?

4 responses to “OPINION: DeSantis Wants to Censor Us Like Cuba Censored My People”