Argentine Students Create App to Combat Fires in the Americas 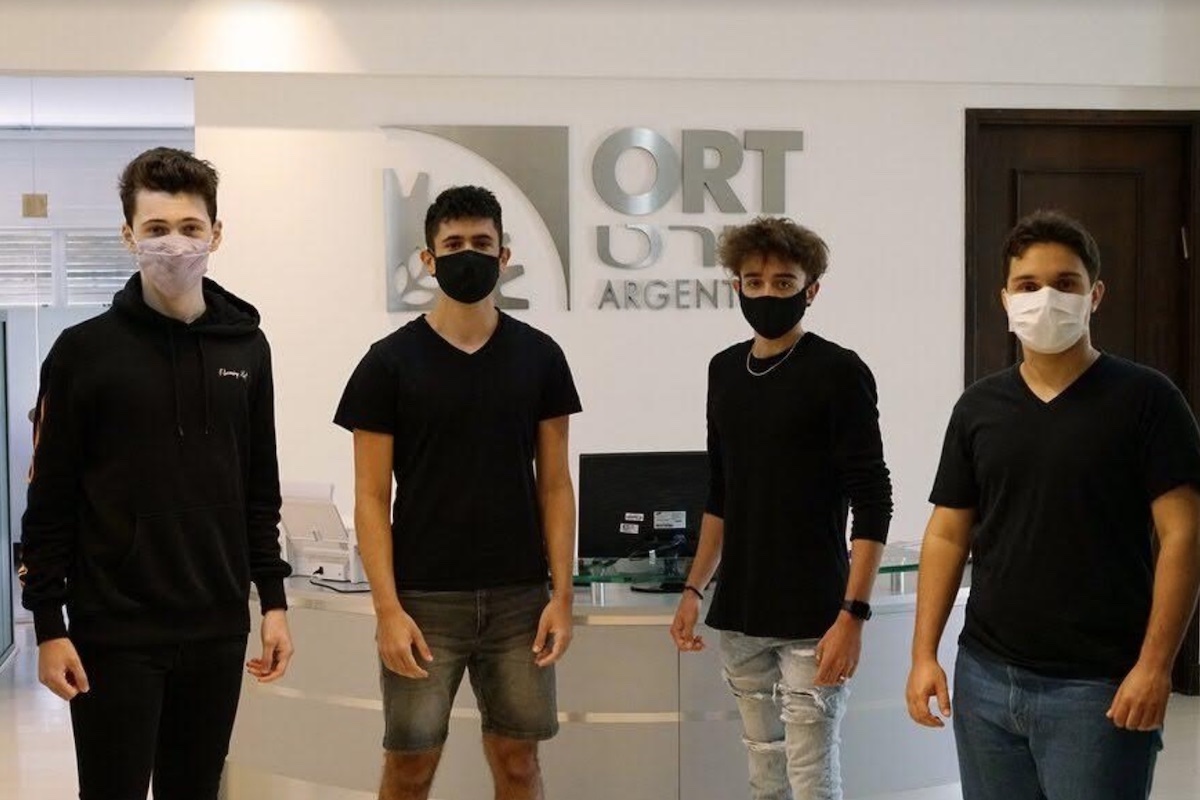 Within the last year, Argentina, Brazil, Bolivia and Paraguay are some of the nations across the Americas to be hit by fires, impacting both communities and ecosystems alike.

Here are just a few examples just from Argentina:

It was at this point last year that both Punilla and Ischilín, in Córdoba province, were struck so hard, as over 300,000 hectares burnt, that four Argentine teenagers felt compelled to act.

Witnessing the destruction in their home country, the youngsters understood how impactful the devastation would be for future generations and decided to apply their knowledge to combat the issue.

At just 16 years old at the time, four ICT students at the ORT School, in Buenos Aires, designed an app to detect fires and to share vital information about the blazes.

During the height of the global pandemic lockdown, the students initially took to Zoom and later held face-to-face meetings.

Each one undertook different roles in the development of the app.

They drew from a wealth of expertise while undertaking the project—from their professor, Rubén Altman, to Satellogica, a global company specializing in earth-observation satellites. OpenSpace, a non-profit global youth space program, provided mentorship to the students.

Amazon Web Services (AWS) assisted with cloud resources needed to run the app, as the students pushed the scope of the project beyond merely a school one in order to have a wider societal impact.

After careful deliberation —with all decisions being collaborative— they decided to name their project Satellites on Fire.

The app passed through several developmental phases, initially beginning with a prototype system “that detected fires with a three-day delay, and required large processing costs because it used a complex artificial intelligence model,” Ulises explained.

After this, the students sought to improve the functionality to detect fires quickly and accurately, incorporating satellite imagery with only a short delay.

“The satellite we use provides us images every 10 minutes. Thanks to this, the user can observe fires in real time. These images are obtained from the GOES satellite (Geostationary Operational Environmental Satellite) – a satellite of the United States meteorological service that covers the entire territory of America,” Franco said.

Joaquín describes this as the “breakthrough,” adding that “then we developed the back end again and displayed the fires on the page with filters of time ranges and fire types. So after much development, we managed to make the version that is published today at Satellites on Fire, allowing you to observe fires in real time with a clear and intuitive interface for non-technical users.” 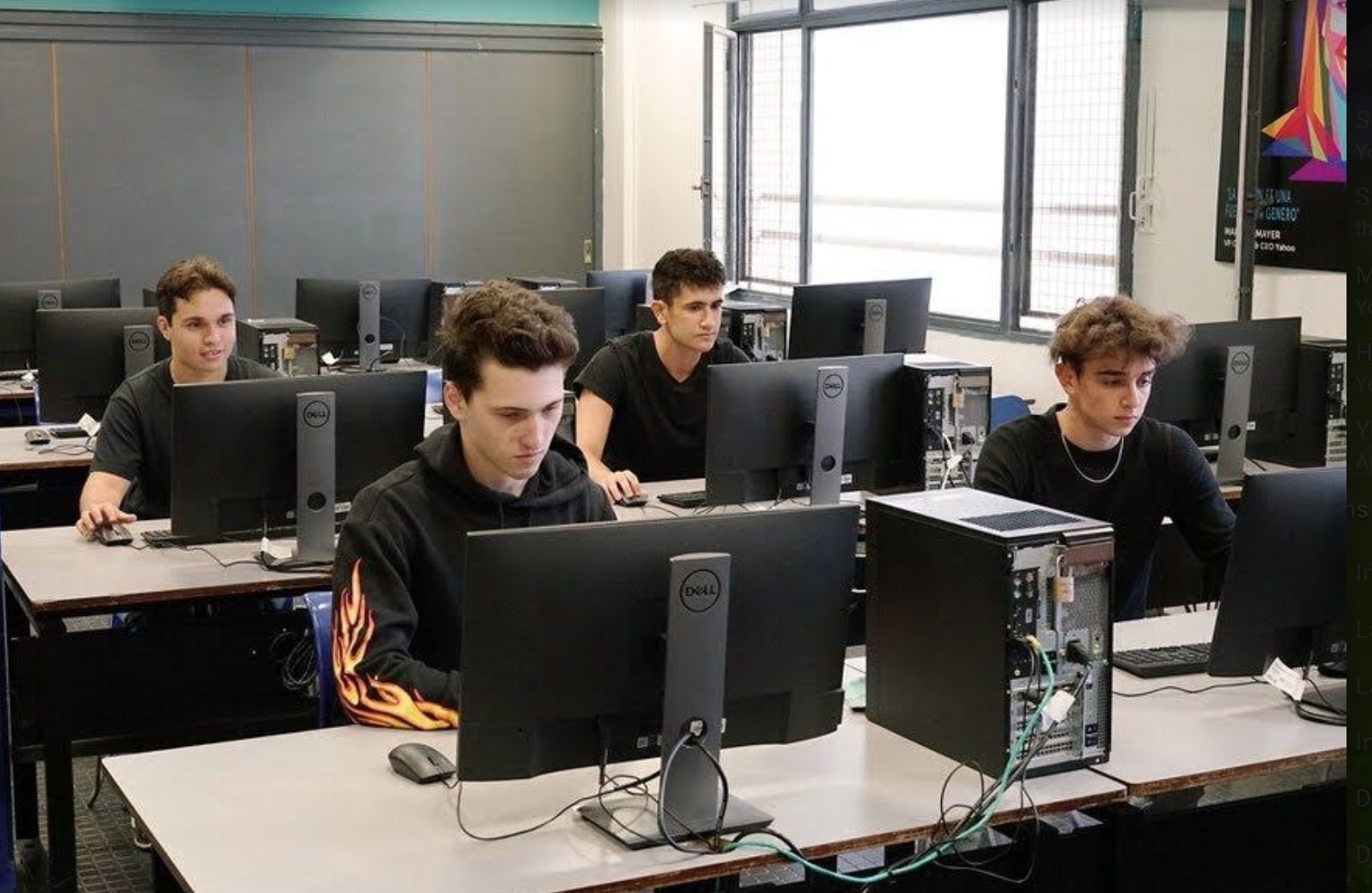 The result of their collaborative endeavors means the app is able to raise the alarm as soon as a fire registering 65metersSQ is detected across the Americas. It does so in real time, combining both AI and satellite imagery to aid the user.

“We developed it in web format so that anyone on any device can access it, whether it is a cellphone, tablet, or computer. Watchtowers are used by many organizations to detect fires, but these do not have visibility across all regions, so we provide value by detecting fires in inhospitable places,” Alexander said.

After the success in launching the app, the students say in the future more investment is needed to help with the costs involved in running and developing the application.

After receiving feedback, the students are now working on a range of new functionalities they say will add more value to the app—from lightning detection to adding alert systems.

They are currently talking to different authorities like el Departamento Protección Forestal de Corrientes, (Corrientes Forest Protection Department) who favor the app which offers up to the minute fire-detection, compared to the current use of the Fire Information for Resource Management System (FIRMS).

FIRMS typically takes around three hours, whereas the Satellites on Fire app is quicker and has the scope to make an impactful difference, avoiding the spread of fires, particularly in inhospitable places.

After having already created ties with Open Space, IDB Lab —an innovation laboratory of the Inter-American Development Bank (IDB) and Japanese Space Agency BD Inc.— the young entrepreneurs are keen to attract different organizations interested in tackling this global issue—from NGOs, to fire departments, to governments and other interested parties.

In the future, scientists warn increased deforestation furthers both the risk of new pandemics and the effects of climate change, specifically the loss of unique biodiversity, the extinction of rare species and extreme weather conditions such as increased flooding, heat waves and droughts.