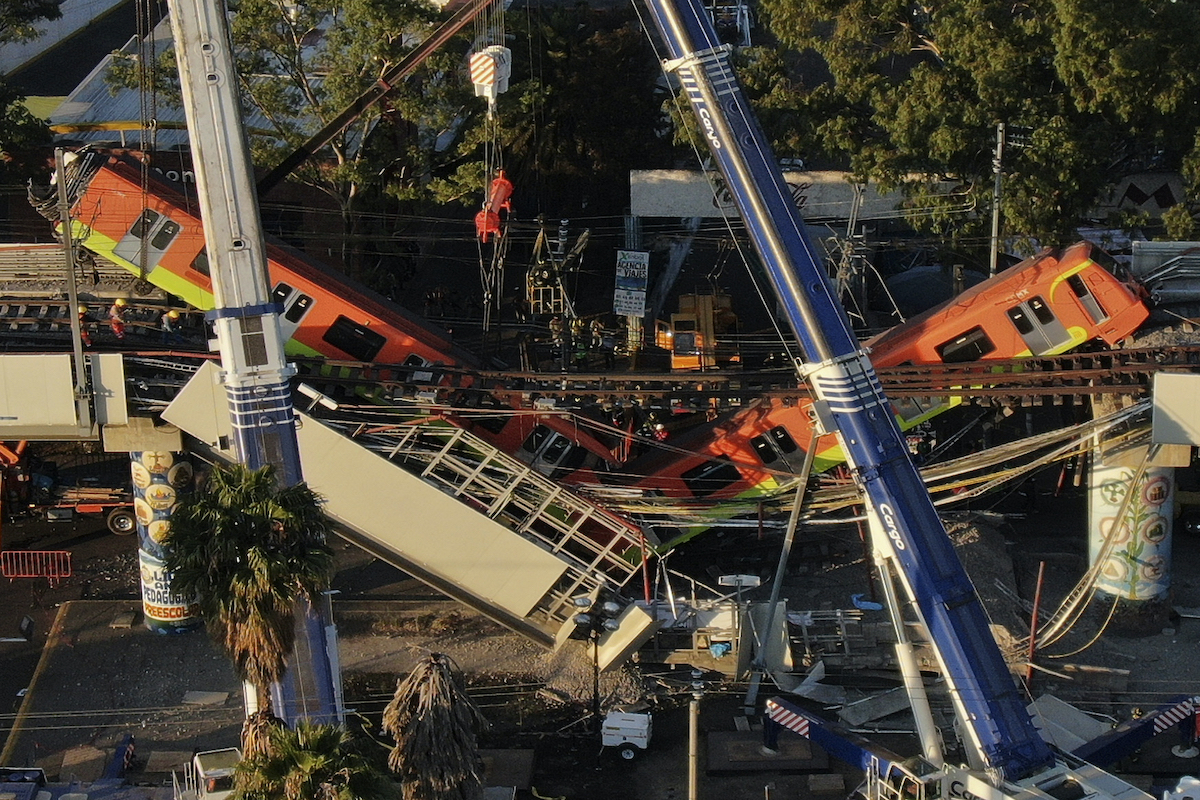 MEXICO CITY (AP) — The Mexico City elevated subway line that collapsed this week, killing 25 people, was problem-plagued and poorly designed from the day of its inauguration in 2012.

Passengers and authorities alike came to fear that the screeching and bouncing of wheels on the line’s tight curves were quickly wearing away the tracks, raising fears of a derailment.

But few expected the thing would simply collapse.

However, an official 2017 survey of damage caused by a deadly 7.1 magnitude quake showed indications of construction defects that should have shut the line down immediately, according to an experienced structural engineer.

José Antonio López Meza said the defects detected in the subway system report —a sagging section of too-weak steel near the latest accident— is the kind of thing that could have contributed to Monday’s collapse.

Instead, authorities decided on quick patches, welding props under the bowed beams and reopening service.

“Here in Mexico, nothing is taken care of until a tragedy occurs,” said López Meza, a seismic and structural engineering consultant.

But authorities weren’t concentrating on structural defects. They had their hands full over the last decade simply trying to keep the subway train on its tracks, to avoid what could arguably have been have an even more nightmarish failure than Monday’s collapse involving two subway cars.

The $1.3 billion Number 12 Line, the newest section of a vast subway system opened in 1969, was ill-fated from the start. The so-called Gold Line cost half again as much as projected, suffered repeated construction delays and was hit with allegations of design flaws, corruption and conflicts of interest. 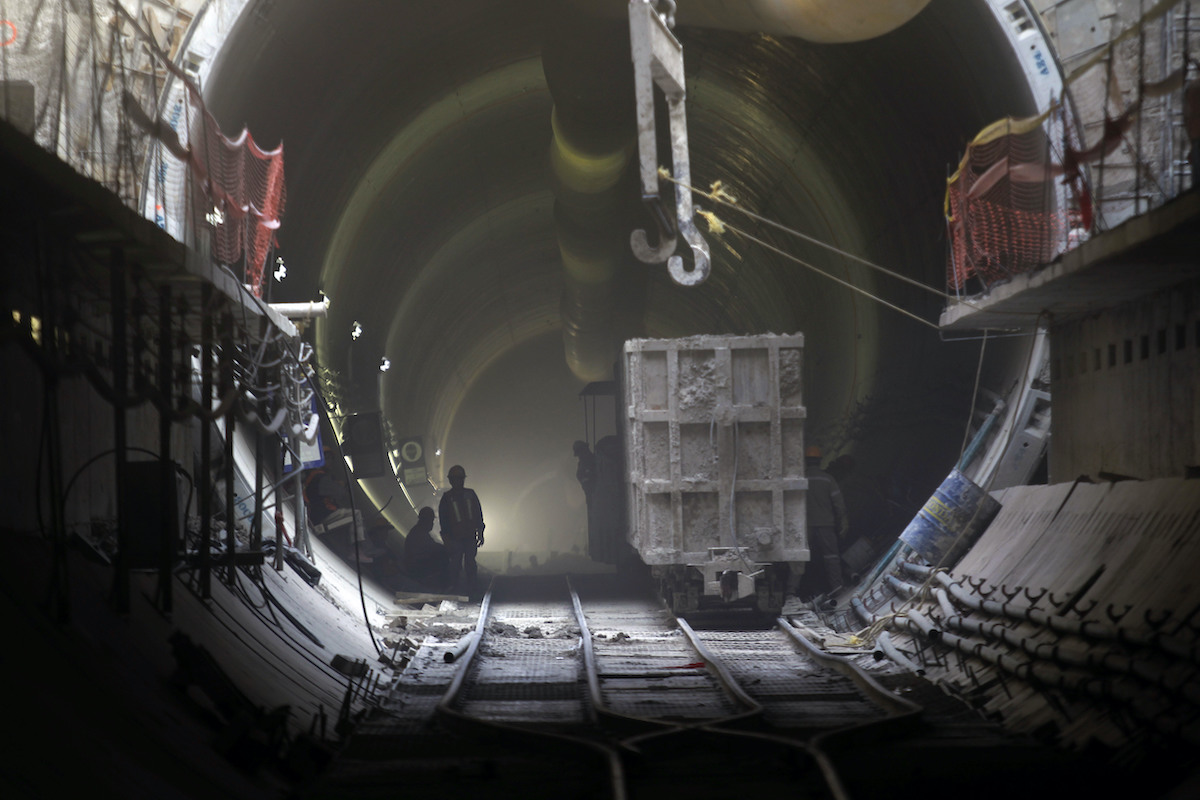 In this Jan. 20, 2012 file photo, men work on the construction of what would be the Number 12 Line, in Mexico City (AP Photo/Dario Lopez-Mills, File)

A top executive of one of the companies that built it was the brother of the man who oversaw the project for the government.

The scandal over forced closure of the costly new line in 2014 —just 17 months after it was inaugurated— essentially forced former Mexico City Mayor Marcelo Ebrard into political exile until he was rescued by his patron, new President Andrés Manuel López Obrador, who had helped make him mayor in 2006 and resuscitated him by naming him foreign relations secretary in 2018.

Despite the subway scandal, Ebrard was put in charge of Mexico’s efforts to obtain coronavirus vaccines and was considered a top contender to succeed López Obrador in 2024. That was before Monday’s accident. Ebrard has said he’ll cooperate with the investigations.

Mayor Claudia Sheinbaum announced Wednesday that all the city’s road bridges, overpasses and elevated subway lines would be checked. Many use construction techniques similar to the one that collapsed. President Joe Biden said the United States stands ready to help Mexico.

Reports by engineering firms revealed Ebrard’s city government had made a series of startlingly wrong choices when the subway line was designed and built between 2008 and 2012.

Experts said unusually sharp curves in the route exacerbated problems with the wheels-on-steel track design, which more resembles New York’s subway rather than the European-style rubber tires used on the rest of the system.

The Gold Line line chattered. It bumped. It shook. It screeched. The rails began to take on a wavy pattern. Drivers had to slow trains to as little as 3 mph (5 kph) on some stretches.

In 2014, the Gold Line had to be shut down for months for the tracks to be replaced or ground into shape.

Following investigations into the design and corruption scandals, more than 38 government employees were hit with fines or other punishments for improperly contracting out work on the train, as well as some criminal charges. 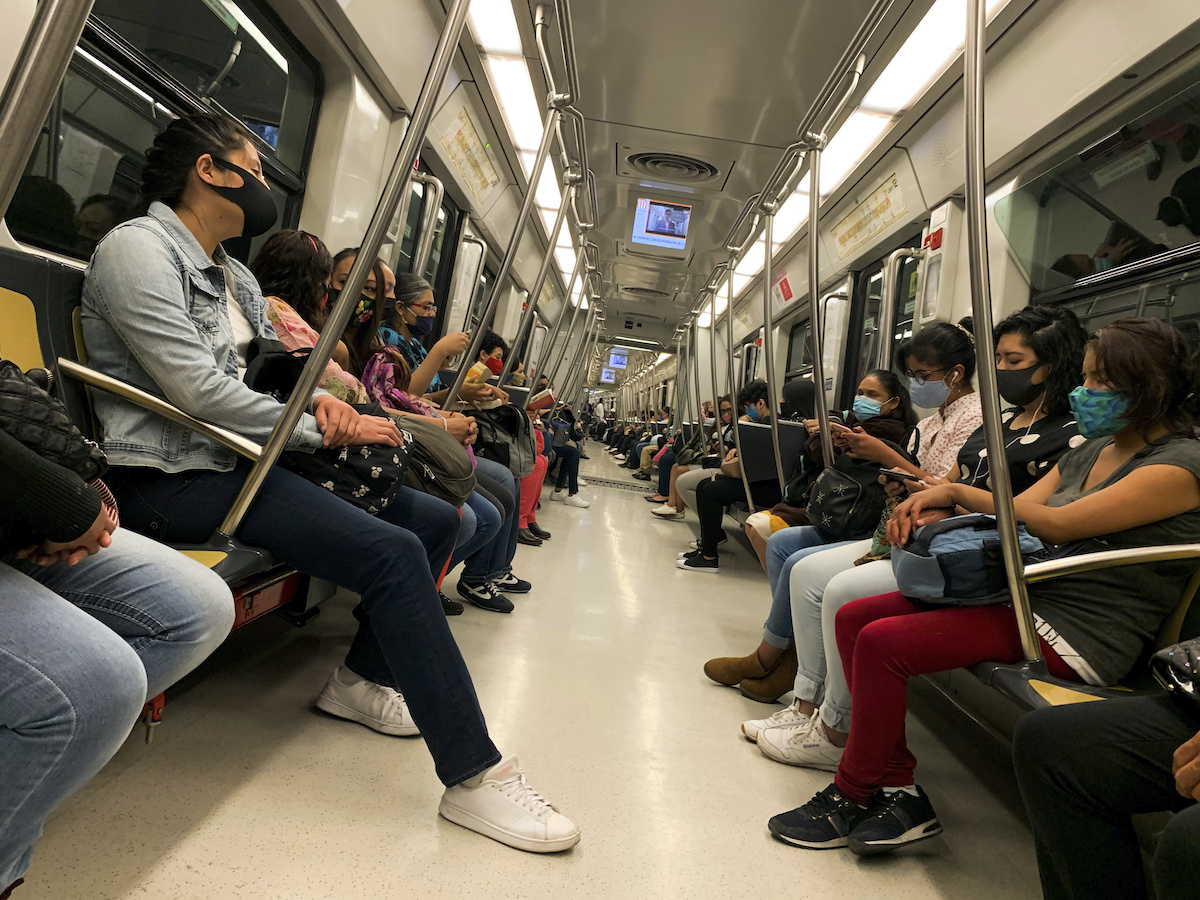 According to a 2014 congressional report: “If the rails are unprotected and the shape of the wheels doesn’t comply with international standards, we have a potential risk of derailment.” The probe concluded the line should have use rubber-wheel suspension, rather than railroad-style steel wheels, but by then it was too late to change.

But most reports had cleared the elevated track bed of any structural concerns until the 2017 quake, and complaints by those living near the tracks revealed what the subway line was made of.

The tracks rise about 16 feet (5 meters) above a median strip and roadway in the southern borough of Tlahuac. Slender, reinforced concrete columns are topped by horizontal steel beams, which in turn support prefabricated concrete track beds on which gravel, railway ties and tracks are laid.

It was one such stretch of horizontal beam that apparently broke Monday, sending a train car hurtling down onto the median strip and leaving another part of the train dangling.

Not far from the site of that crash, a city report on the 2017 quake had detailed damage to the base of a vertical column supporting the tracks. It had cracked and shed its outer layers of concrete because there were not enough steel rebar stirrups in it.

In 2017, authorities patched and widened the column by injecting resins, swathing it in carbon fiber, and building a jacket of additional rebar and concrete around the base.

While the problem with a lack of rebar might have been repeated throughout the hundreds of columns on the line, López Meza said it probably wouldn’t have contributed directly to Monday’s collapse.

More worrisome was the fact that inspections after the quake found that one of the horizontal beams had come loose from its support at the top of a column and was sagging downward.

“Immediately, that is a warning sign,” López Meza said, noting the sag meant the correct thickness or width of steel hadn’t been used in the beams. 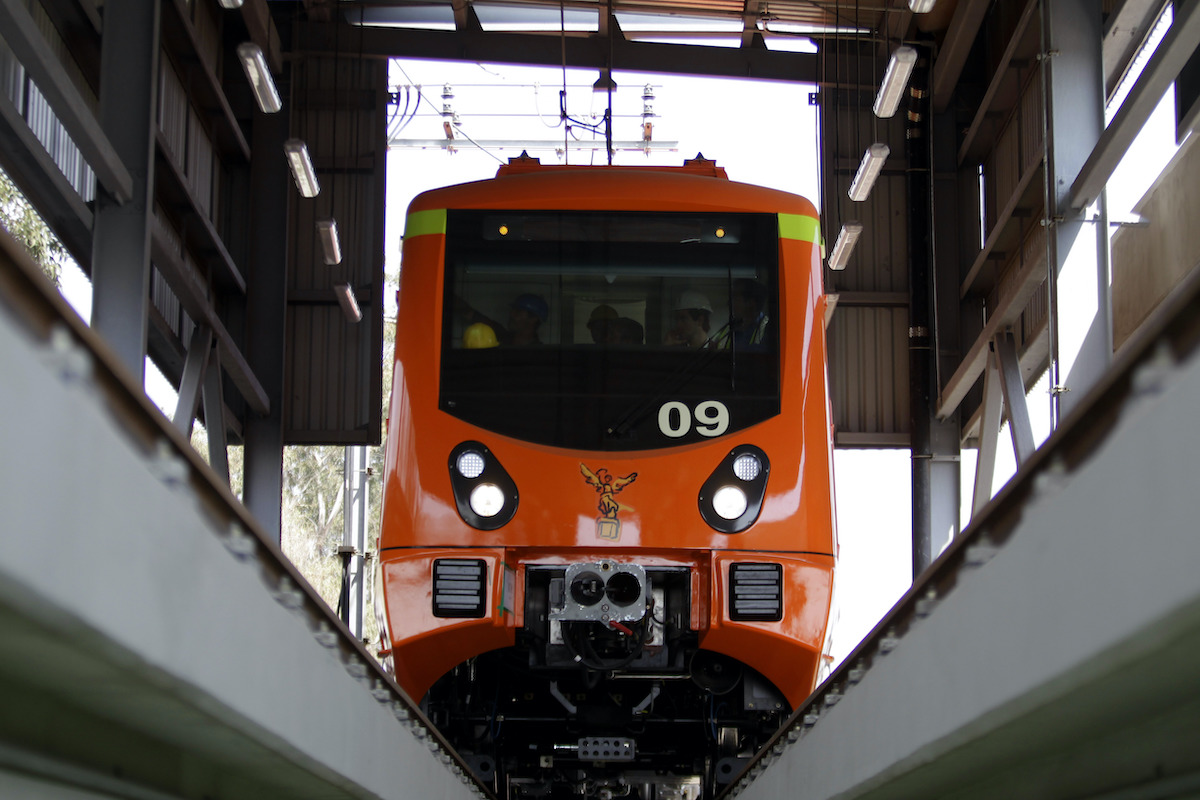 Authorities in 2017 welded steel diagonal and horizontal braces — splints — to the bottom of the beam, and chipped out and replaced fractured or worn-out support elements.

“They put on some splints in order to open the line; they performed a partial corrective solution,” López Meza said. “There should have been a total shutdown of the line and lots of inspections, which would have cost more.”

Mayor Sheinbaum refused Tuesday to speculate on the possible cause of the collapse, promising a thorough investigation and pledging, “We will not hide anything.” She promised something the subway line hasn’t gotten in almost a decade since its problematic birth: a detailed structural inspection.

To be fair, Mexico City’s subway, which serves 4.6 million riders every day, has never had the one thing it needs most: money. With ticket prices stuck at 25 cents per ride, one of the lowest rates in the world, the system has never come close to paying its own costs and depends on massive government subsidies.

López Meza is sure about one thing.

“We will never know the truth,” López Meza said. “They are going to look for a scapegoat, the least important person, and they’re going to go after him.”