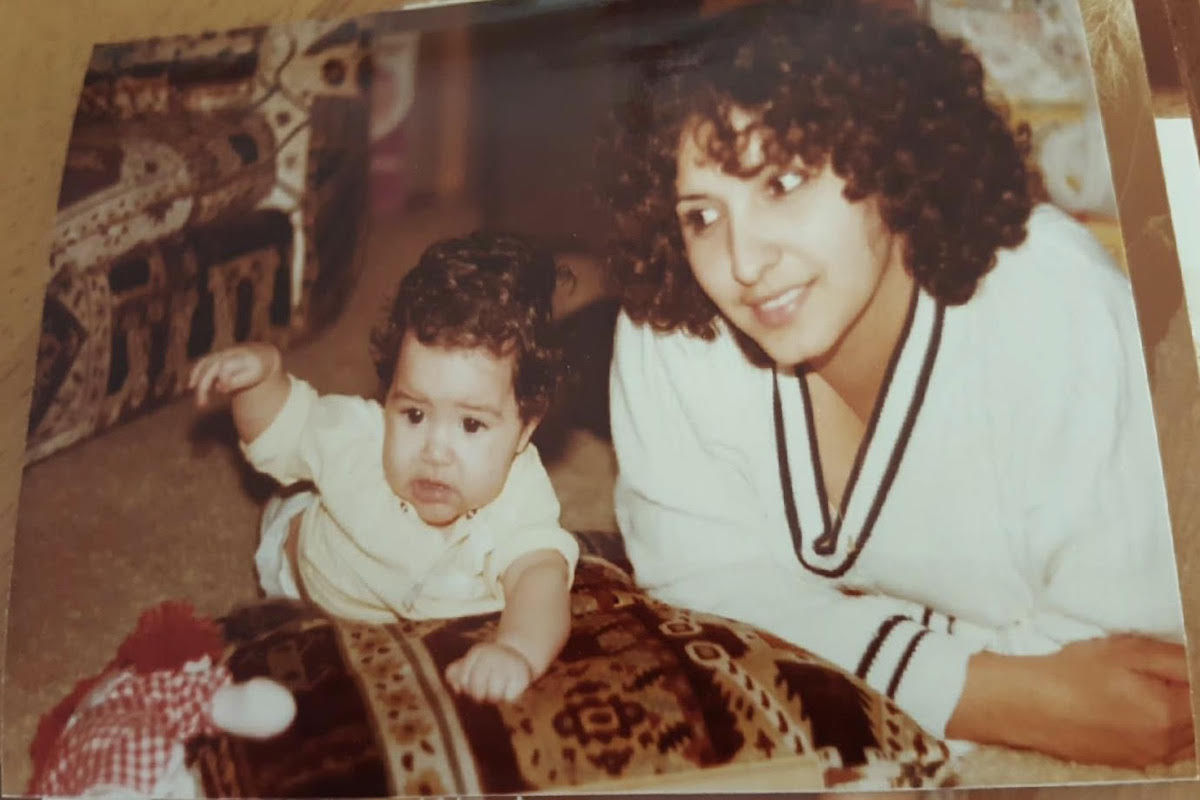 When Fiana Tulip met her husband, Charlie Tulip, they were married and became pregnant within three months—fast, as even she admits. They now live with their 21-month-old daughter, Lua, in their home in Prospect Heights, Brooklyn.

Her mother, Isabelle Papadimitriou, had her own fast-paced story. She gave birth to Fiana’s brother at age 14 and had multiple brief marriages, not always to the best people.

“She had a lot of bad luck,” says Tulip.

What Tulip would have never predicted was her mother’s death from COVID-19 at the age of 64, an illness that took her life in a matter of days. As a respiratory therapist from Dallas, Texas, Papadimitriou became sick with the virus shortly after a woman without a mask was allowed into the Dallas hospital where Papadimitriou worked. She recalls her mother saying that the woman declared she would not wear a mask because her president didn’t wear one.

Tulip is part of a growing group of activists from Marked by COVID that are now telling their stories. Even as the pandemic subsides in the United States, these grieving family members will not rest. They now want Congress to take action against the disinformation —online and in traditional news media— that they say killed their parents. This disinformation can be particularly vicious in Spanish-speaking communities, leading to what researchers have called an infodemic. This one cannot be solved with a vaccine.

“Are we going to really build back better and address some of the systemic issues that this virus has exposed?” Kristin Urquiza, co-founder of Marked by COVID asked in a phone call from her home in San Francisco. Urquiza’s father, Mark Anthony Urquiza, died of COVID-19 at the age of 65. Urquiza went viral when she appeared at the Democratic National Convention last August.

“Cable news may not have pulled the gun’s trigger,” Urquiza wrote in a prepared statement she delivered before a House subcommittee on communications and technology focused on the media’s role in spreading misinformation, “but it indeed drove the getaway car.”

Research from Cornell University concludes that in the early half of 2020, only 16% of messages coming from the U.S. government were presented in traditional media in the context of a need for fact-checking. This suggests nearly all reporting replayed messages, primarily coming from President Trump, “without question or correction.”

Kristin Urquiza’s father was a voracious watcher of Fox News and local conservative talk radio in Arizona, where Urquiza grew up. One of the last photos on her father’s phone was a photograph taken from his hospital bed of a televised campaign rally featuring President Trump and Texas Governor, Greg Abbott, without masks.

“My father’s only preexisting condition was trusting Donald Trump,” Urquiza said in her viral convention speech. “And for that he paid with his life.”

David Mero, 48, an IT administrator from Jamaica, Queens lost his mother Blanca Castano Mero to COVID-19 at the age of 77 last April. He also places the blame squarely at the feet of the former president.

“I blame Trump. He caused all of this,” said David Mero, during a Zoom conversation in the home he used to share with his mother. “Innocent people, they go out there, they’re not aware, and they get infected. Just like my mom.”

“She was very strong,” said Mero who was joined by his sister in another Zoom window, Diana Tasci, 43, from New Hyde Park, Long Island.

David Mero lived with his father, mother, younger brother, and his sister-in-law in their Queens apartment. All fell sick with the virus in early April. He did not know at the time that the virus could transmit through the air, believing that surfaces were the primary way to transmit the virus.

“Nobody from the top government was saying anything,” Mero said. “That’s caused a lot of chaos and a lot of misinformation. I was looking for information on the Internet and could not find something reliable.” 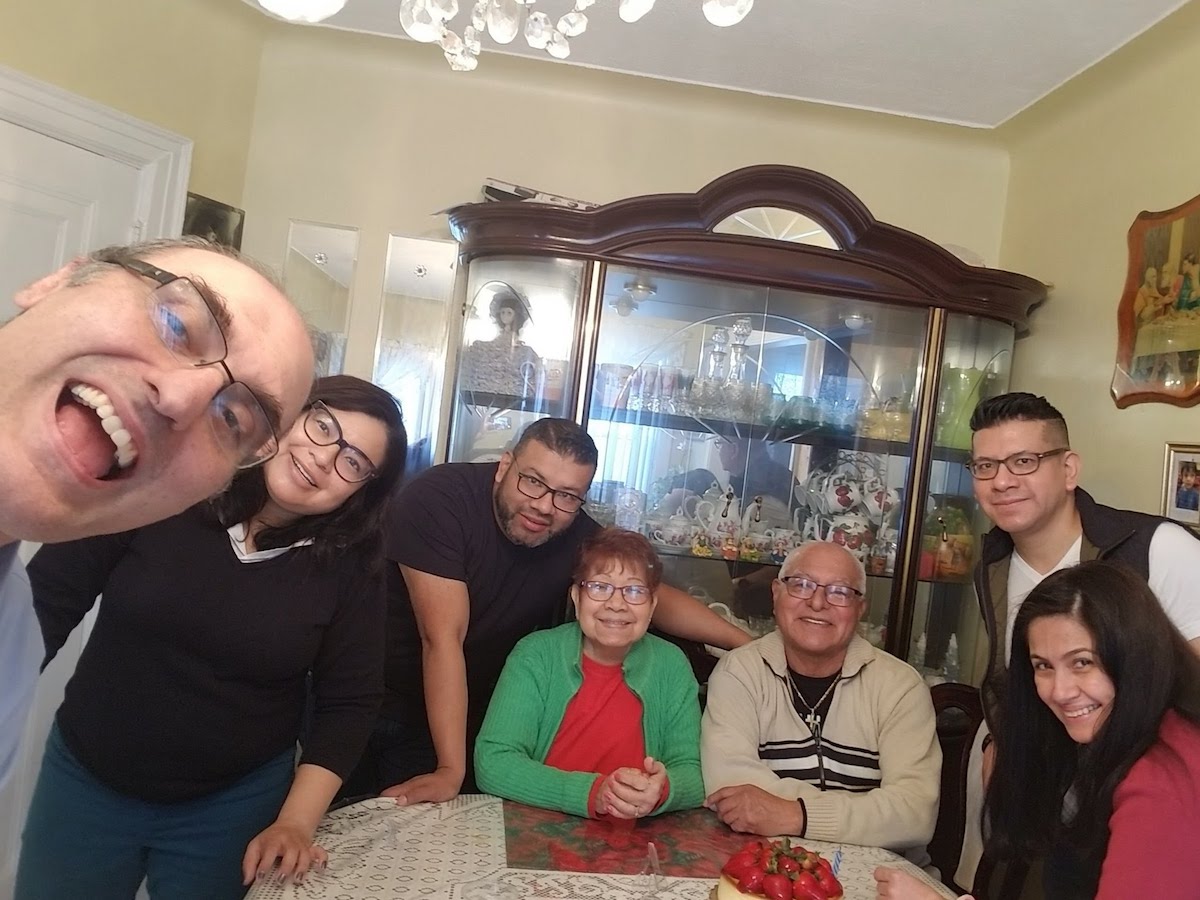 A photo of the Mero family (Photo provided by David Mero)

Research suggests that misinformation can spread rapidly in Spanish-speaking communities. When new information becomes available, it is communicated primarily in English. An accurate translation can take a while to reach multi-generational homes in places like Jamaica, Queens. MIT Technology Review suggests that many of these voters were also targeted with false claims during the 2020 election primarily through WhatsApp, an end-to-end encrypted messaging and calling app now owned by Facebook.

Urquiza’s testimony before Congress also mentions a tendency for older Latinos to trust authority in times of trouble. This can cause a great deal of trouble when the authority may be wrong or confused itself.

“My mom trusted the doctors,” said Diana Tasci, who herself fell ill with the virus earlier this year.

Living with breast cancer, their mother died shortly after having been given hydroxychloroquine by her doctor, a later debunked medicine touted by President Trump and amplified across the country through traditional and social media.

Tasci, an in-training ultrasound technician, says that she was so in fear that her mother was not receiving proper treatment, she pushed her way inside her mother’s hospital room at New York-Presbyterian/Weill Cornell Medical Center, using an ID tag from her own hospital’s internship.

“I got caught and was banned from seeing my mom during her end of life visitation,” she said. She tried to convince the doctor’s to use another treatment she was reading about in the Los Angeles Times and wasn’t listened to. The family is now attempting to sue the state of New York for her mother’s death, citing the false information that they say killed her.

Fiana Tulip’s strange family history of things happening too quickly, like her quick marriage to her husband, birth of her daughter and the sick irony of her mother’s death was actually good in the end.

She says If Lua hadn’t come so fast, her mother would have never been able to meet her grandchild.

“My mom was the happiest I had ever seen her in her life,” Tulip says of her mom getting to meet Lua before travel restrictions between New York and Dallas would make that not possible. 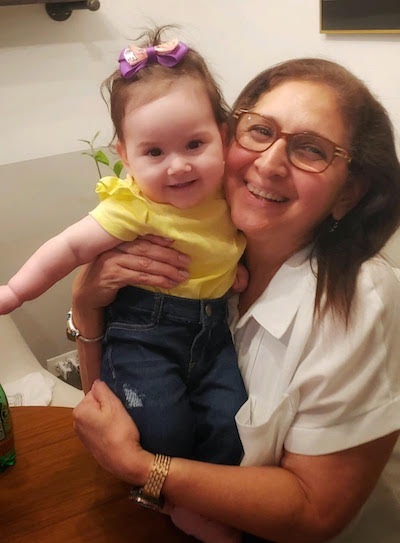 Tulip is now 40 years old and a communications professional. As an activist for Marked by COVID, she has begun to speak out on local television news and print media. After each appearance on the news, Tulip’s social media would be filled with messages of hate.

“Whether we die from a disease or a car runs us over, we’re still going to die,” one Facebook user wrote. “I chose to die free.” “You can blame whomever you like. Your selfish attitude leaves most people dry,” wrote another.

“People are really mean,” Tulip says. “It feels like someone else’s story.”