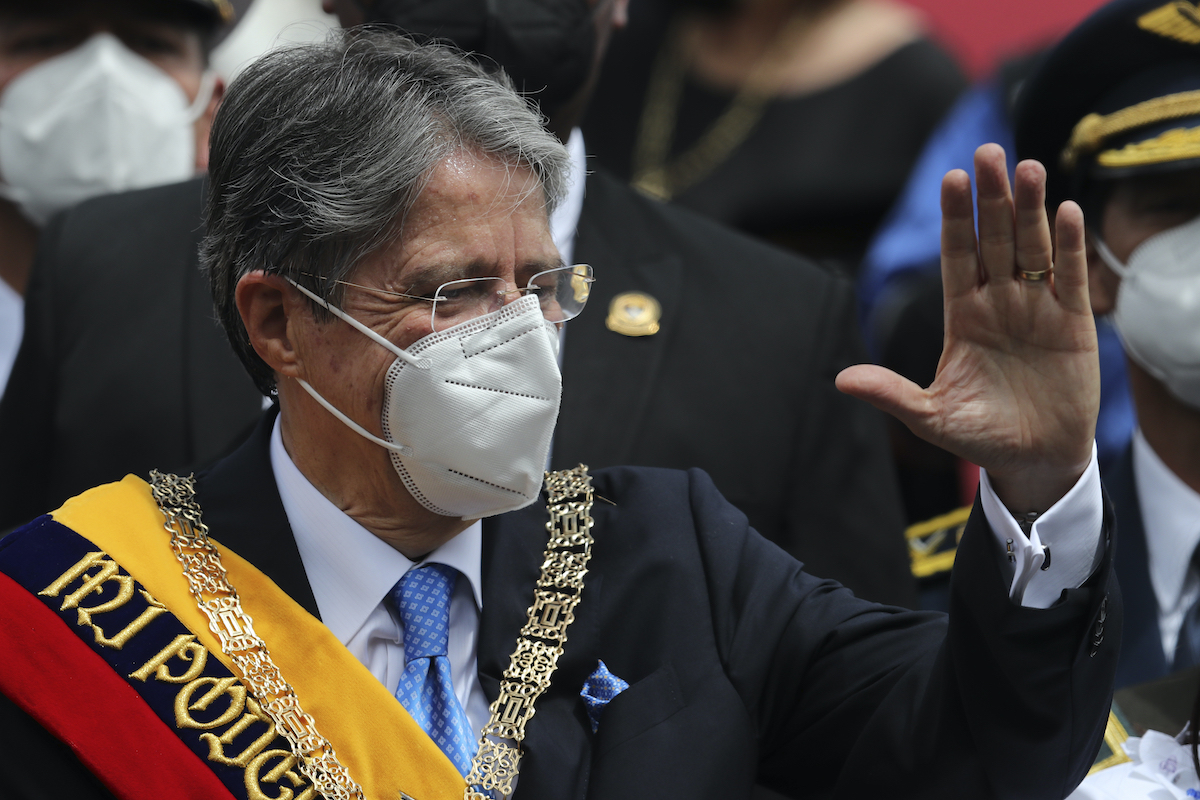 QUITO, Ecuador (AP) — Former banker Guillermo Lasso was sworn in as president of Ecuador on Monday, saying he will escalate efforts to vaccinate people to protect them from COVID-19 and work to revive an economy hit hard by the pandemic.

So far, Ecuador has vaccinated just 3% of the total population of 17 million, and the country is struggling with high unemployment and debt levels. Lasso wants his new government to vaccinate nine million people in his first 100 days in office, and he has reached out to pharmaceutical companies in the United States, China and Russia in hopes of reaching that goal.

“It will not be a government that only promises,″ said 65-year-old Lasso, who was elected in April in his third run for the presidency, replacing President Lenín Moreno.

“As Ecuadorians, we all share the same destiny, it is everyone’s obligation to assume the challenges that the future imposes on us, enormous challenges that cannot be faced in isolation,” Lasso said.

Some analysts have described Lasso as a market-friendly figure who is likely to seek good relations with the International Monetary Fund and other global organizations, though he could encounter significant opposition to his policies in Ecuador’s congress.

In the runoff election, Lasso defeated Andrés Arauz, a protégé of former President Rafael Correa who governed Ecuador from 2007 through 2017. Correa increased spending and state intervention in the economy, oversaw a new constitution and grew increasingly authoritarian in the latter years of his presidency. He was sentenced in absentia to prison last year in a corruption scandal.

His inauguration was attended by dignitaries including Spanish King Felipe VI, Brazilian President Jair Bolsonaro and the president of Haiti, Jovenel Moïse.