Natalie Morales on Why We Need More Latina Comedies 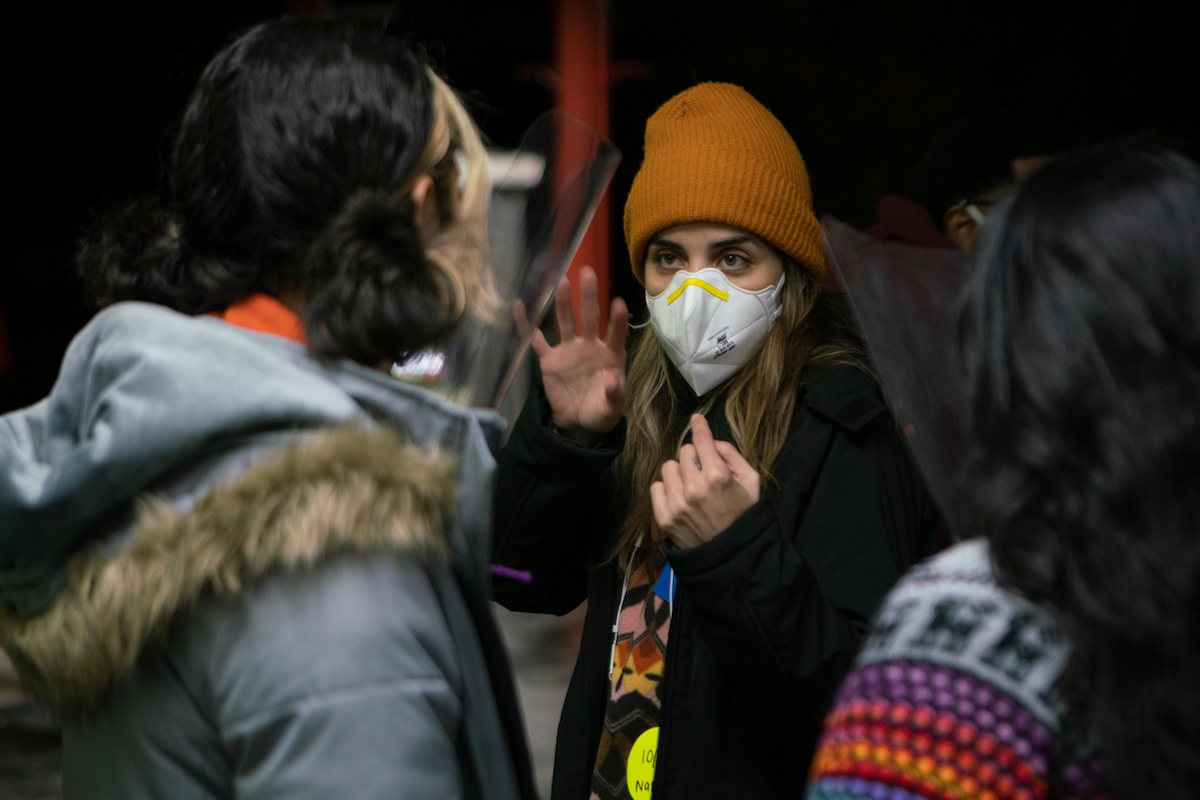 Natalie Morales has two films out this year, making her directorial debut and then doubling its catalog. That would make her productive any year, but it’s especially impressive during a global pandemic. She directed Plan B, a bawdy teen comedy starring two young women of color, which premiered May 28 on Hulu. And she co-wrote, directed, and starred in Language Lessons which tells the story of a cross-gender/race/class friendship that will hit theaters in September.

Different in scope and tone, both of these films share Morales’ wry sense of humor and keen insight. I spoke with her earlier this month about these two films, how her identity influences her filmmaking, and why we need more Latina comedies. The quick and dirty of it is this: “The majority of things you see about any marginalized group are rooted in trauma and sadness,” said Morales, and that just doesn’t reflect reality.

Take Language Lessons, which Morales made at the “height of lockdown” and says came from “the bottom of our hearts.” It handles loss and isolation but is primarily about connection. After making it, Morales realized that she couldn’t “think of any other movie that’s about a [solely] platonic male-female relationship… And yet I have relationships like that.”

That mismatch is particularly galling when you consider just how ripe friendship is for filmmaking. Morales notes, “In romantic relationships, and also therefore in romantic comedies, there are [known] milestones: you ask to be exclusive, then you say ‘I love you,’ then you give someone a key and they move in, and then you get married. But in friendship, the lines are a little blurred. And it can be so much more dramatic and bigger because you don’t know [the steps].” The cross-gender friendship also has a sneaky way of showing that women have value outside of sex. It’s baked into the premise and a refreshing (even if it shouldn’t be) thing to see.

Women are whole people after all, even if we’re not normally portrayed that way. Hell, we can even be the heroes of our own stories —like in Plan B. “It changes everything,” says Morales on the decision to put two young women of color in the center of a teen-buddy film. And it does. Take the film’s structure—the leads don’t spend the whole movie trying to have sex but rather dealing with what to do after, specifically trying to get emergency contraceptive as underage girls in America’s heartland. And that’s just one of many examples. Morales is quick to say her contraceptive comedy “isn’t propaganda… it’s not even a critique as much as it is just a mirror.” And the reflection is damning as our two heroines have to go through so much in an effort to be simply responsible. Morales does hope that their trials make the audience “angry” because “it is unfair and you have the power to change that.”

Morales’ values are clear in Plan B and Language Lessons whether it’s in the (spoiler!) “aspirationally” supportive mother, the emphasis on underrepresented perspectives (both LGBTQ and women of color), or the basic, fundamental belief that, as one of the characters in Plan B puts it, “God loves all his children, exactly the way they are.” Moving forward, Morales just wants to “keep creating” even if she’s already accomplished everything she ever thought was possible.

That’s not to say it was easy. Coming up in Hollywood, Morales “had the impression (and I think it was an accurate impression) that in order to make it in this business, in this life, and in this country, I had to separate myself from my roots a little bit and not be too Latina to succeed.” It was just within the last few years where she “realized that my culture, where I come from, my viewpoints and experiences are just as valid, interesting, and relatable as the viewpoints of a white dude who grew up in Connecticut… [Even if those particular viewpoints] were the only viewpoints I had seen.” Now that she’s the one making the films, Morales wants to “uplift and hire [more] voices so that people in the future don’t feel like they have to whitewash themselves or code switch” to make it. That’s a future I look forward to seeing, along with more films by Natalie Morales.

Plan B is available on Hulu now. Language Lessons will be in theaters in September.