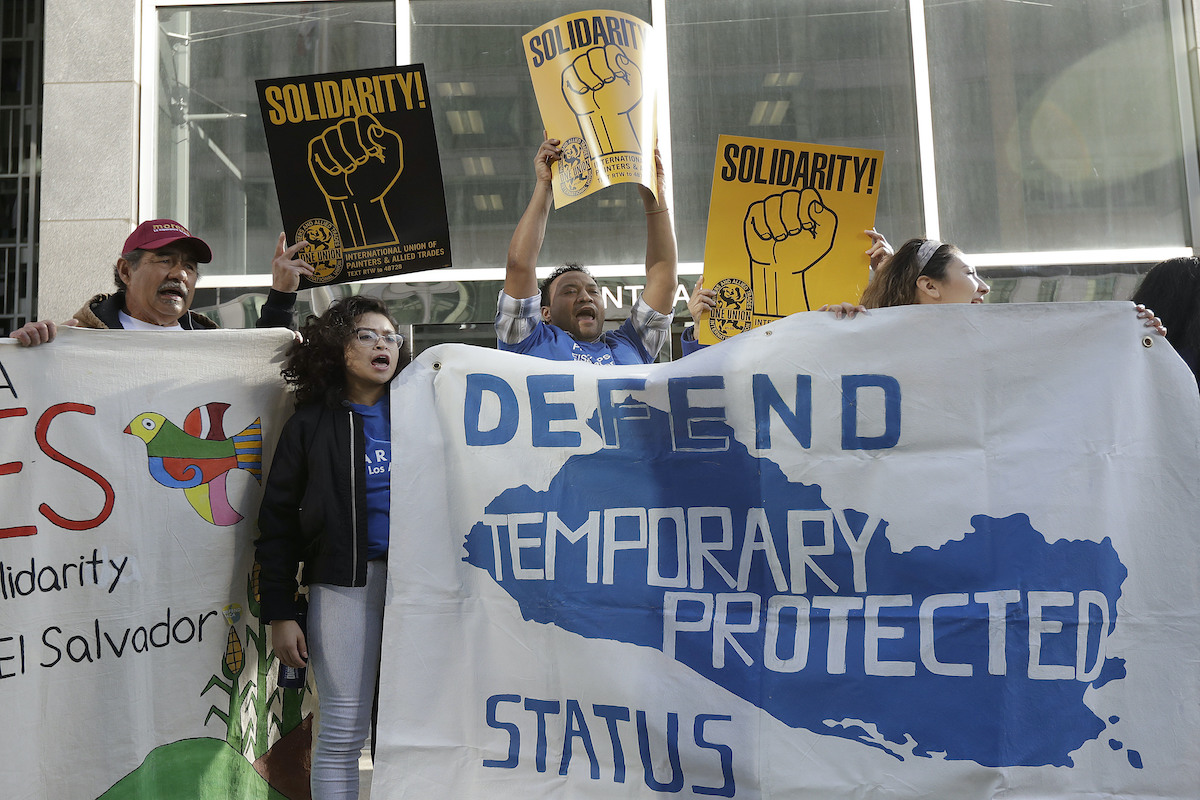 In this Monday, March 12, 2018 file photo, supporters of temporary protected status immigrants hold signs and cheer at a rally before a news conference announcing a lawsuit against the Trump administration over its decision to end a program that lets immigrants live and work legally in the United States outside of a federal courthouse in San Francisco. (AP Photo/Jeff Chiu, File)

“You cannot condemn the crisis in Venezuela and at the same time criminalize those who come seeking asylum,” Niurka Meléndez, a Venezuelan activist and asylum seeker, told Latino Rebels on Thursday.

Meléndez, who runs Venezuelans and Immigrants Aid, was referring to the Supreme Court’s Monday ruling on seeking citizenship for holders of Temporary Protected Status (TPS), which states that those who entered the country illegally and currently have TPS would not be eligible for citizenship.

For her, the decision discourages the hopes that have been placed on immigration reform and represents confusion for thousands of immigrants who have come to the country because of violence or because their lives are at risk due to multiple reasons like hunger, domestic violence or health conditions.

The Supreme Court determined this with the case of a couple from El Salvador who was under humanitarian protection and in the country since the late 1990s. Justice Elena Kagan wrote for the court that “The TPS program gives foreign nationals nonimmigrant status, but it does not admit them.”

For many experts, the decision was confusing and may compromise future petitions—and not only for TPS holders.

The court had never found that if you got a grant of status in the country, even if you had previously entered unlawfully, that didn’t count as an admission. Before, there were different interpretations, and a lot of people were able to get green cards in this country despite the fact that they didn’t enter lawfully because in the intervening time, they had gotten a grant of status,” immigration lawyer Carmen María Rey said.

There are 400,000 people with TPS status, and for Venezuelans like Meléndez, this decision also questioned the way the institutions in this country understand migration.

“We are talking about humanitarian reasons for which temporary protection is accepted. That is what should prevail over the way a person had to enter the country. I know many cases of people who flee the country even though they know they could face jail here,” Meléndez said.

The confusion puts pressure on immigration reform proposed by President Joe Biden, who has said it is time to open a path to citizenship for those with humanitarian protection. Still, many TPS recipients want to know if there are conditions on how to enter the country.

In Venezuela, they don’t give you a document telling you that you are at risk. Immigrants don’t cross the border with a folder with proof of what they have suffered. This is not a bureaucratic issue, it is a humanitarian issue and we hope that judges, Congress and President understand this,” Meléndez said.