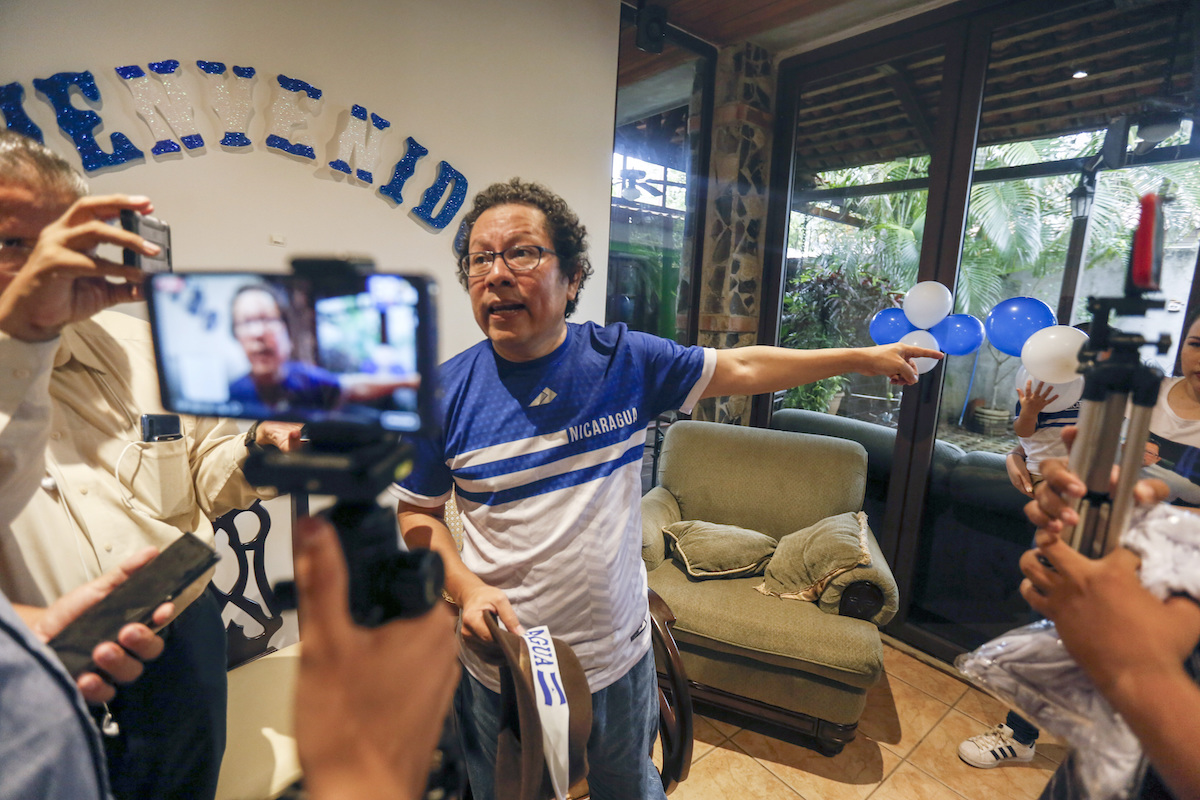 In this June 11, 2019 file photo, Nicaraguan journalist Miguel Mora speaks to the press after his release from prison, at his home in Managua, Nicaragua, amid a broader move to set free people the opposition considers political prisoners under an agreement meant to ease the country’s political standoff. The presidential candidate was arrested again late June 20, 2021, according to police, for alleged crimes against “independence and sovereignty.” (AP Photo/Alfredo Zuñiga, File)

MANAGUA, Nicaragua (AP) — Mexico and Argentina recalled their ambassadors to Nicaragua for consultations Monday, a day after President Daniel Ortega’s government arrested yet another presidential contender ahead of the November 7 elections.

Mexico and Argentina had broken with others in the region last week in not voting in favor of an Organization of American States resolution condemning more than a dozen recent arrests in Nicaragua of key opposition figures.

Both countries want to consult with their ambassadors about “the worrisome political-legal actions taken by the Nicaraguan government in recent days that have put at risk the well-being and freedom of various opposition figures (including presidential pre-candidates), activists and Nicaraguan businessmen,” their foreign ministries said in a joint statement. They want to promote a dialogue with Ortega’s government.

Late Sunday, Nicaraguan police arrested journalist Miguel Mora for alleged crimes against the state, similar to the announced charges against others arrested during the past month. Mora was previously arrested in December 2018 and held for nearly six months before being released.

Mora led the news outlet 100% Noticias until 2020. Police searched the home he shares with his wife, fellow journalist Verónica Chávez.

Mora is the fifth potential presidential candidate arrested since late May. Ortega is running for a fourth consecutive presidential term. Other arrests have included opposition leaders, prominent businessmen and former government officials.

Mora had registered as a pre-candidate for Democratic Renewal Party.

The government has accused most of those arrested with accepting foreign funding and working for the overthrow of the government. Ortega has characterized a popular uprising in April 2018 that led to months of street protests as an attempted coup with foreign backing.