OPINION: What the ‘In The Heights’ Colorism Discussion Is Really Exposing 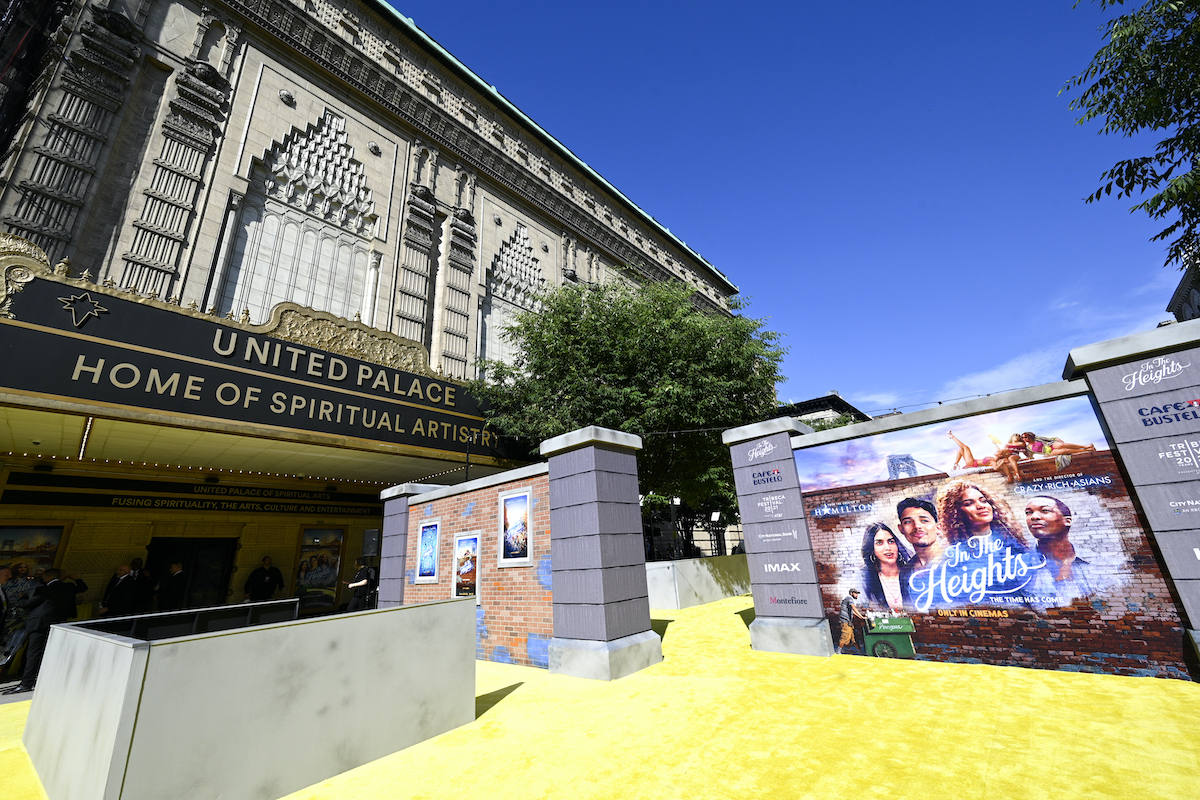 The 2021 Tribeca Film Festival opening night premiere of “In The Heights” at the United Palace theater on Wednesday, June 9, 2021, in New York. (Photo by Evan Agostini/Invision/AP)

With so much focus on the “In the Heights” movie, it’s time to discuss the ugly side of some of the back-and-forth on social media. The worst of it seems to be comfortable with upholding the same principles that had Rita Moreno wearing makeup to darken her complexion in “West Side Story” decades ago. To be clear, darkening her complexion was not Moreno’s idea and according to an interview with the Associated Press in 2019, she said, “I really resented it when they put very dark makeup on me because that’s not my color.”

We can argue who was behind Moreno’s makeup in “West Side Story” until we’re blue in the face. However, at the time it was not uncommon to see white actors wearing brownface as they played the roles of Indigenous people or Mexicans in hundreds of films. The issue here is that the same mentality still drives Western media. Except now they employ the use of white-ish-looking actors instead of the now frowned upon brownface. The discussions about erasure are especially valid when looking at the shameful history of the entertainment industry

The problem for Miranda when it comes to colorism is two-fold. The first is that it isn't a new issue when it comes to In the Heights (it was a critique when it first came out on Broadway). Secondly: The bigger issue in the case of the film adaptation lies with Hollywood.

Colorism has been a topic of contention for decades. None of this is new. The problem is that it’s still happening and it’s an issue that must be addressed. Detractors attempting to silence dissent over “In The Heights” are exposing precisely what the problem is. Just like a racist will prove our points for us, so have those who’ve attempted to quiet any discussion on the topic. The backlash to the backlash seems to have created more negativity around the film than those pointing out the obvious.

The pushback against those mentioning colorism by Lin-Manuel Miranda and Jon Chu has clearly done more harm than good. By attempting to silence the Afro-Latinos in question, in this case, Afro-Dominicans, people have validated all the arguments of those who’ve been erased from a depiction of their community. You can say the film has done harm. Sure. But the reactionary response has done far more damage.

The discussion quickly devolved from having a conversation to all-out colorism from far too many Latinos. When I mentioned how Rita Moreno was wrong in saying, “they” [Afro-Latinos] should wait before speaking up, I was still getting backlash even after she apologized admitting to her mistake and echoing my sentiments. Even now, many continue to hear from the “why don’t you write your own movie” people. Instead of taking the time to listen and learn, all “In The Heights” stans could do was yell nonsense like racist white people freaking out about critical race theory.

Wow, an accomplished guy who is Puerto Rican now MUST represent everyone, all the time with the same heritage? Write your own musical.

The exchanges attacking Black people and Afro-Latinos for denouncing erasure only bolster the arguments about being left out. They also speak to a broader issue. It tells Afro-Latinos the same thing Black people have always been told by the white power structure: “Shut up and wait!” Rita Moreno made that mistake, owned it, and apologized. Miranda has apologized as well and promised to do better. As for others, that’s a different story. They’re constantly telling on themselves.

Some of you guys know me, others are about to learn. I’ve been calling out bigotry in our respective communities for years. A lot of you think you hate me but have no idea (other than one article that you use to pass judgment). And that’s fine. It doesn’t bother me. Some of you guys even hate me because I don’t get mad at your nonsense. I’m cool with that too. The reality is, I’m too busy doing work to worry about schoolyard stupidity and animus directed at me. But by all means, if you want to keep me entertained, keep clowning.

So here we are. We’re not talking about “In The Heights” anymore. We’re talking about everyone else. About all the moronic justifications and ridiculous statements that offer nothing of value to the conversation. You know, like the “do it yourself” people. What are they bringing to the table other than elementary yelling and screaming? It’s because of this loud rhetoric that those who need to be heard are drowned out. Latinos who are not serious about addressing the issue just need to keep it moving. No one needs to hear from them, do they? I mean, I’d rather not.

@ExtremeArturo go for it! You write a play and cast it any freaking way you want. You can then face the backlash.

Most of us have spent the time since the movie’s release listening to what people have to say. And while we discount the absurdities to focus on the conversation, the absolute colorist dumbassery is so pervasive it can’t be ignored. It shouldn’t be ignored. Of course, people are going to be upset about erasure in any movie. Those who refuse to listen or engage from a place of respect and instead choose to push back with hate make that anger much worse. But that’s what trolls do, right? They create voluminous amounts of noise attempting to derail progress—just as white supremacy has done throughout history; same old schtick.

“This is really about a centuries-long issue of colorism and pigmentocracy that is huge within the Latinx community,” says Felice León about “In The Heights,” which is facing criticism for a perceived lack of Afro-Latinx representation. https://t.co/VWIH10fcXU

So what’s wrong with listening and learning? Nothing, to most of us. To others, however, it’s an impossibility—as so many of you have taught me. The point of all this is to have a much-needed conversation about an issue that’s prevalent in all of our respective communities. That is to say, the “Latino” community in the United States. Is it not enough that gatekeepers in all aspects of media have a preference for lighter-skinned Latinos and call it representation?

When the anti-Black rhetoric entered the realm of Black Twitter, it was about to get wild. We were not disappointed in the least. People suddenly became quiet. The callout game on Black Twitter is unlike anything else on social media. Watching so many people get tossed in the trash like a sack of rotten potatoes was delightful to witness. Black folks came in off the bench and provided backup to Afro-Latinos and shut it down. It was glorious. So many people deserved it too.

At the end of the day, it’s like this: whether you like it or not, people are having this conversation because it needs to be had. You can’t stop it. And I’m here for it. You should be too.

B*ll m*her used his platform to use coded language towards Black people. "This is why people hate democrats" on the topic of #InTheHeights now ask yourself. Why would you use that term when it was a conversation about colorism? Again, these colonizers are evil.

Chu wasn't going to push back against the casting directors and their choices. He wasn't going to talk the colorism issues over with Miranda or the producers. That was never going to happen.

So you got what you got with In the Heights.

If you don't want to address colorism in the Latino community, fine. But why you gotta be all up in my mentions? IDGAF what you think. pic.twitter.com/HplKsDXKv2

By the way, I loved “In The Heights” with the exception of the obvious.

Arturo Domínguez is an anti-racist politics nerd, journalist, and founder of The Antagonist Magazine. He is a top writer on Medium and a regular contributor to several media outlets. He is also a proud member of the Writers and Editors of Color (#WEOC) Collective. If you’d like to learn more about the issues covered here, follow him on Twitter, Facebook, and Instagram. You can also support his work here.