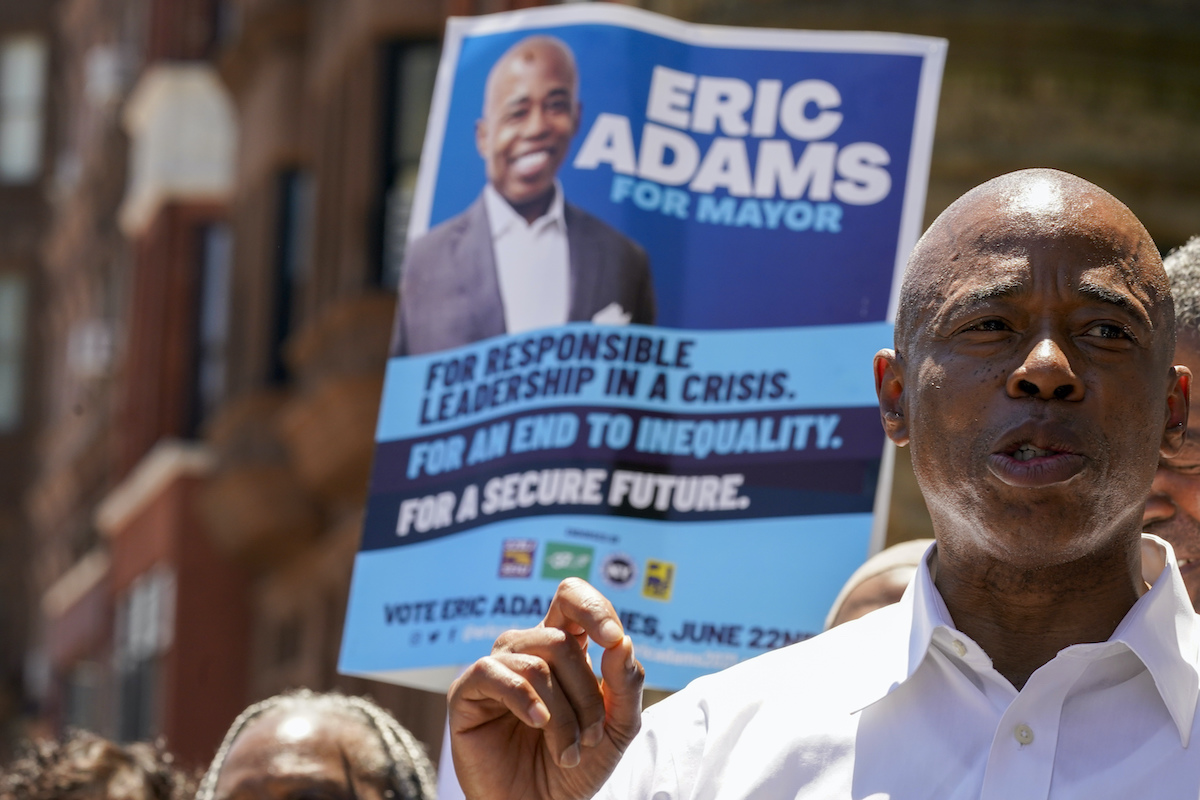 New Yorkers vote Tuesday in primary elections for mayor and other city offices. Eight Democrats face an election where insecurity, gun violence and economic recovery appear to be the issues of most interest.

Since June 12, New Yorkers have been able to vote during the early election using the ranking vote choice option that allows voters to choose candidates in order of preference. According to the latest estimates, 191,000 New Yorkers have already voted.

These elections represent a great challenge for the winner, who will face the Republican candidate. However, in New York, the trend shows that the Democratic candidate wins the election.

The winner will face a city that is beginning to recover from the pandemic, while seeing a steady increase in gun violence on the city’s subways and streets. Recent data show that just in May, shootings increased 73% in comparison with 2020.

“No doubt these elections are highly consequential. The city is at a crossroads after a devastating pandemic that exacerbated many problems when it comes to access to education, health care, economic opportunity and affordable housing. Whoever becomes the next mayor will have to prioritize public safety, an issue that voters seem to be very concerned about, while at the same time continuing to work towards police reform and better police-community relations.” journalist and NY1 political producer, Mónica Espitia, told Latino Rebels.

For elected officials like state senator Jessica Ramos, it’s important to think of candidates who can help communities overcome the inequity that the pandemic showed last year.

“The city’s economic recovery is what’s at stake in this election. And charting a path forward, that truly keeps us safe, meaning that people are able to afford to live in New York City, that we’re able to protect small businesses on our streets. And, and that our children are able to receive the best possible education. That’s really important to me. And we will see where New Yorkers are and how they are feeling about these issues [Tuesday] night,” Ramos said on Monday.

This election will also question the power of progressives in the city, as those leading in the polls are considered moderate Democrats. Alexandria Ocasio- Cortez, the city’s most important progressive political figure, gave her public endorsement to Wiley, a civil rights lawyer. The candidate is also supported by Senator Elizabeth Warren.

“If we don’t come together as a movement, we will get a city built by and for billionaires, and we need a city for and by working people,” Ocasio-Cortez said during the June 5 endorsement event.

As for mayor Bill de Blasio, there have been rumors that he is supporting Adams. However, de Blasio has not made a public announcement.

Still, the expectation may last beyond Tuesday night for New Yorkers due to the preference election method.

“The big question this time around is how ranked-choice voting is going to play out and how many voters will actually take advantage of the new system. We’ll also have to learn to be patient because, for many of these races, it will take weeks to get the final results. Understandably, there are some concerns about vote tallying, so I guess only time will tell how successful the rollout of the new system will be,” Espitia said.

New Yorkers will also elect other positions, such as City Comptroller, Public Advocate and Borough Presidents. The general election will be held on November 2.