The Young People Fighting for Climate Justice in Argentina

Mercedes Pombo, an environmental activist and philosophy student has always been interested in the “neglected” aspect of “human rights” and environmentalism, such as the issue of “fumigated towns” in Argentina.

“Environmental matters are considered secondary issues, belonging a bit to the elite, due to the profound socioeconomic issues which the countries in our region face,” she told Latino Rebels.

But the 21-year-old Argentine acknowledged “important references like Berta Cáceres and Chico Mendes” have shaped the public’s consciousness, laying a strong foundation concerning environmental issues in the region.

In early 2019, after seeing different movements calling for environmental justice across parts of the globe, a group of young Argentines also became inspired.

Pombo said a number of like-minded friends in their late teens and early twenties got together with a “new focus” to drive climate and ecological justice, creating a space which they felt “was missing” in the Southern Cone of Latin America.

A couple of months before their first mobilization, the group decided to call themselves and their movement Jóvenes Por El Clima Argentina (Youth For Climate Argentina).

“In the first mobilization, there were many more people than we had expected,” said Pombo, estimating several thousand gathered outside Congress in Buenos Aires.

“There always existed the view that environmentalism had to be separated from politics and from social issues. But we understood that these issues are intertwined, as the socio-environmental consequences directly affect the human rights of the population, and that they’re related to the political decisions or the lack of political decisions,” Pombo explained.

She called social media a “double-edged sword,” instrumental in raising awareness of environmental issues, but sometimes oversimplifying them.

Likewise, with more than 146,000 followers on Instagram, Pombo said social media has allowed the movement to communicate beyond “hegemonic media” spaces, but to fully convey the complexities of socio-environmental issues, the movement has turned to other communication strategies such as long-form interviews. 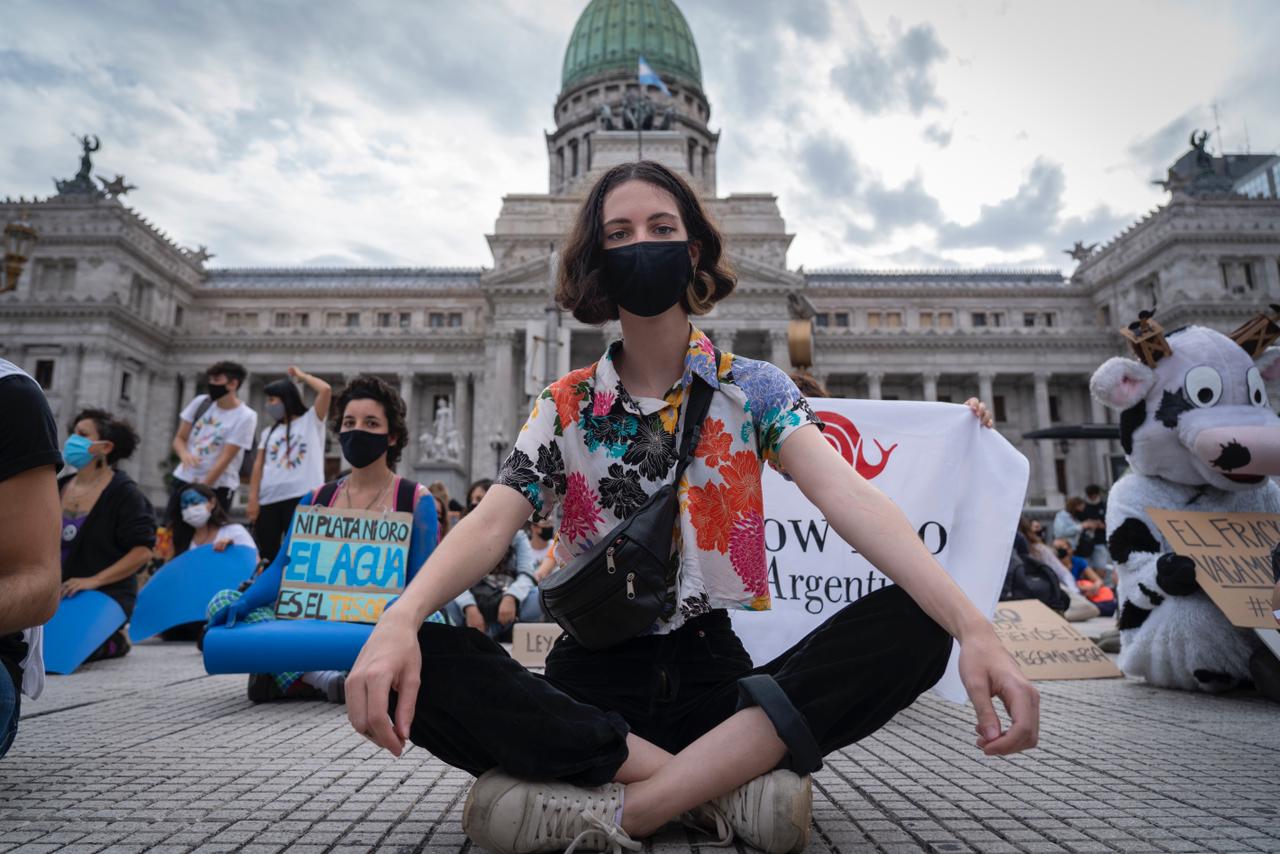 In Argentina, the movement has also had a strong impact on the country’s politics.

“At the start, we pushed for certain concrete measures. First, for the state of climate emergency and finally, the declaration was made at the Senate, stating the country was in a climate and ecological emergency,” Pombo explained.

After, she said that they pushed and managed to establish the Ley de Adaptación y Mitigación al Cambio Climático, a law creating minimum protection budgets guaranteeing actions to mitigate climate change effects, alongside the Ley de Educación Ambiental, another law teaching about environmentalism at schools. El Acuerdo de Escazú is another accord that was established, containing “specific provisions on human rights defenders in environmental matters.”

But Pombo noted they are still continuing to “fight for a law for the wetlands which still hasn’t been achieved.”

Last year, after the movement’s campaigning, the government launched Casa Común, an initiative promoting sustainable development for “the most neglected and vulnerable sectors, to generate jobs and encourage new forms of production and consumption.”

Mercedes and other members from the movement were invited to meet with President Alberto Fernández alongside different socio-environmental organizations.

“It would have been unimaginable at another time that these actors would have been recognized as political actors and citizens in the environmental agenda, and in this sense, it was very important,” Pombo said.

With the event streamed across the President’s social media platforms, Mercedes spoke on behalf of Jóvenes Por El Clima Argentina concerning a range of socio-environmental issues.

This year, Argentina has also vowed to lower its carbon footprint internationally.

In April 2021, Fernández participated in the virtual climate summit hosted by U.S. President Joe Biden, reaffirming Argentina’s commitment to place “climate and environmental action” at the center of the government’s policies.

Fernández pledged that 30% of the nation’s energy will be renewable and to protect native forests. Ecosystems in Paraná and Patagonia have been struck hard by fires recently.

In Argentina, the global pandemic has also hit health and economic security hard.

As such, Fernández has been pushing for “debt swaps for climate action” which Mercedes says is an important step.

“There’s a need to think about forgiving the debt for environmental reasons. First, to understand that there is an environmental debt from the developed nations towards the global South because there are countries which have built their development on their resources from Latin America and in this sense it appears important that they take into consideration this historic responsibility,” Pombo explained.

Argentina is currently seeking an extension for $2.4 billion repayment to the Paris Club and is negotiating with the International Monetary Fund (IMF) about repaying $45 billion.

Pombo argued it is difficult to fulfill “targets set by international financial institutions which are set on deepening our extractivist production model to pay for the debt and at the same time to comply with international climate change accords which demand a transition to a different model” and says that it will cause more environmental pollution.

The movement has also participated in the 2019 United Nations Climate Change Conference (COP25) and has joined forces with School Strike for Climate, referred to as “Fridays for Future” locally, while Amnesty International (AI) has also recognized their commitments to environmental causes.

With 42% of the population living below the poverty line in Argentina during the pandemic, Pombo hopes Argentina will improve “food security” and the movement is seeking to implement, a “mid-long term” plan for Argentina “to devise a path forward to escape the crisis in the best way possible.”

Plan de Desarrollo Humano Integral is an alliance between unions, universities and informal workers, focussing on socio-economic justice concerning land, housing and work. The aim is to “transition towards more sustainable industries” with “a structural transformation in the production model.” 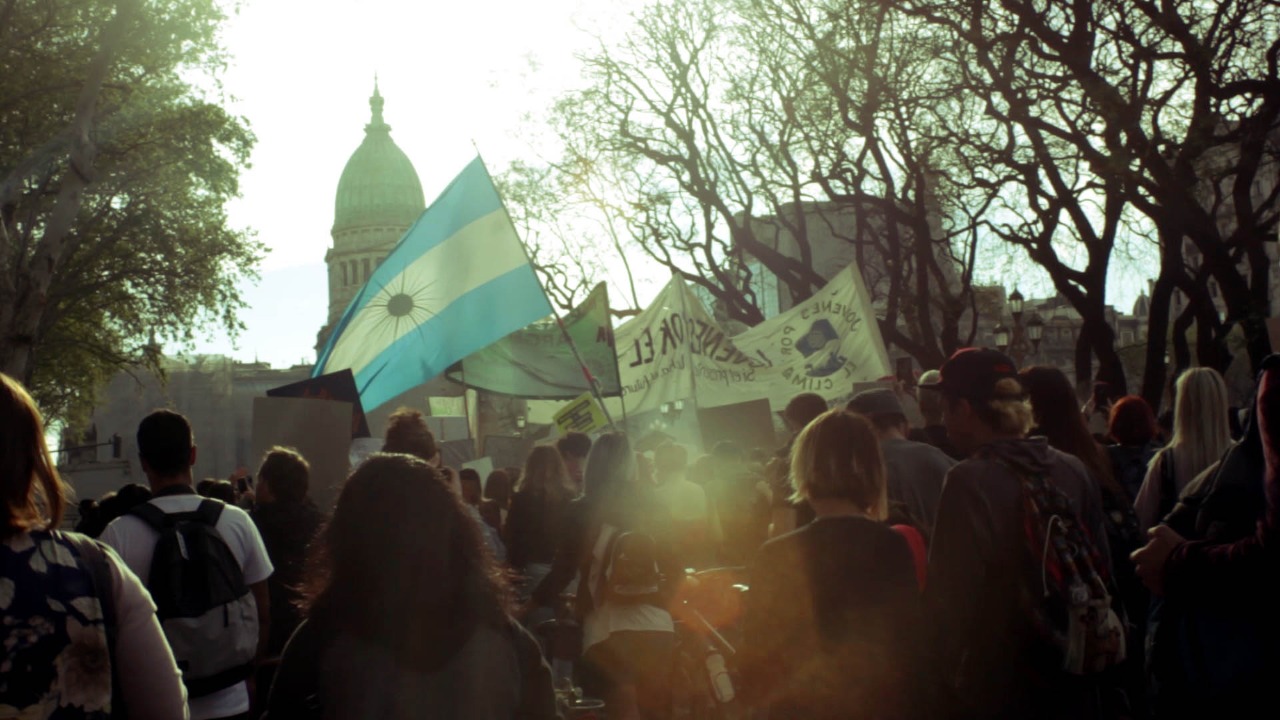 Pombo said there are “very powerful sectors that affect and determine our model,” describing it as “colonial,” ith Argentina reliant on the agribusiness and extractivist models for foreign revenue to drive their economy.

She has called for collective action, saying “it’s important that the environmental movements grow and that there is a solid call from the population to transform this production model.”

Following her socio-environmental justice commitments, this past month United Nations Women recognized Pombo as one of the “women in leadership” alongside “activists dedicated to the restoration and conservation of the environment who have sought to “build more resilient communities and societies” in the face o the climate and environmental crisis.

Pombo was pleased to have been recognized for her firm commitment to socio-environmental causes by the UN which she said has helped people to appreciate environmentalism from a “feminist perspective.”

“Environmental issues deepen all pre-existing social inequalities and as such also deepen gender inequalities. In this sense, it is very important that they [the UN] recognize this role [by women in leadership] and that they recognize the potentially transformative power by social movements spearheaded by women, which are making profound changes and understanding that the extractivist production model has a particularly patriarchal root,” Pombo said.