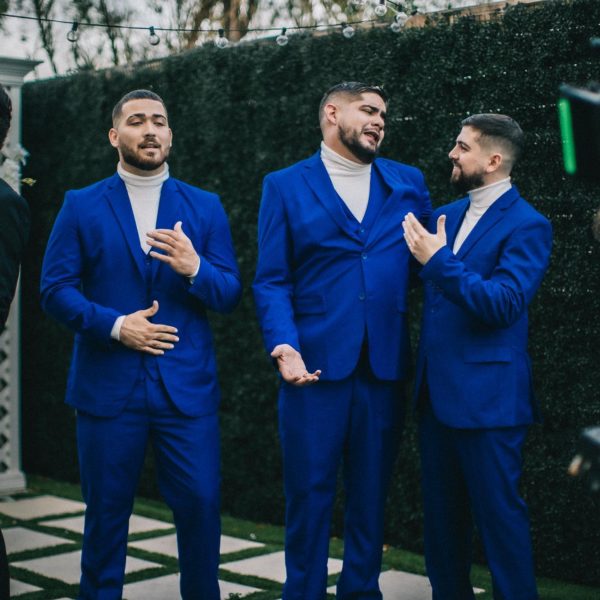 This article first appeared on MANO

Los Rivera Destino have perfected music that elegantly embraces humor while bringing into play socio-political issues, current events, and personal narratives. The trio reinterprets boleros, as well as other, more traditional Latin music, with grace and style. They treat music as a vehicle for expressing ideas.

They began this particular journey by covering trap tracks as boleros. The encouraging reaction to one of their first singles, “Te Bote,” made them realize they were doing something special. A quick collaboration with Bad Bunny confirmed they were on the right track.

They are currently in the process of debuting a new album and have shared previews of songs, like their latest, “Castigo,” featuring fellow Puerto Rican artist Pedro Capo.

I spoke with Los Rivera Destino, who shared things like the importance they feel for honoring whatever song or genre they cover. We also chatted about all the styles of music they enjoy, plus life in Puerto Rico.

Aside from boleros, Los Rivera Destino enjoys salsa, rock en español, and all sorts of tropical beats. Some of their favorite artists in the genres they play are singers like Tito Rodriguez, Ismael River, and Hector Lavoe. When they decide on a cover, they first begin by researching and learning about its origins. With a better understanding of the song, they are better able to reinterpret it “correctly and respectfully,” they explain.

“Personally, we listen to all kinds of music. I mean we listen to boleros but we also listen to reggaeton, rock, rock en español and a lot of salsa. Always, the point is to mix, to experiment and enjoy the process.”

When you first began your comedic project, how did music appear? Had you already thought about incorporating music into what you were doing?

When we first started uploading videos on YouTube, which was around 2012, there was a moment when we started to improvise with music on guitar. We then decided to record a song we came up with, and that’s where the idea formed. We had been doing music before, but it was something else. We were doing rap and hip-hop, alternative music, but also our family is very musical, and some of them are musicians. And even though we’re not trained professionally, music has always been in our blood, and it was just an easy transition, seeing how we were all interested in music.

What can you tell me about your new album?

Well, the new album is the first album we’ve done. We’ve been playing music together for eight years, and this opportunity came up with Sony Music Latin. This is an opportunity to finally do what we wanted to do, which is create something well made, while doing things we like, knowing that people would enjoy it.

The album has a lot. There are boleros, yes, but there is also reggaeton. There’s a bit of alternative music, and rock. There’s a little bit of everything, with “la picardia de nosotros” (some silliness from us).

The album was produced by Ismael Cancel, known for his work with Calle 13 and iLe.

Ismael is a great producer and great friend of ours. He has been a part of our team even before we started working on this record. He is someone who understands us and agrees with our ideas most of the time, and us with this. There’s a great dynamic, and it’s been an honor to work with him. You can feel that chemistry between us. It’s almost palpable. And we are truly grateful that he made such a commitment to our band.

Since this is your debut album, what did you find most surprising during the recording process?

There’s something during the process of recording an album that was very different when we recorded before. We always had a pressure to record because of our limited funds. Now, with more time and resources, the process is easier, and we have even more fun in the studio. We also learned how to put together a series of songs to go with the concept of the album, and that has been a new experience for us. Also, seeing how a song evolves from concept to later hearing it on the radio… It feels really good. 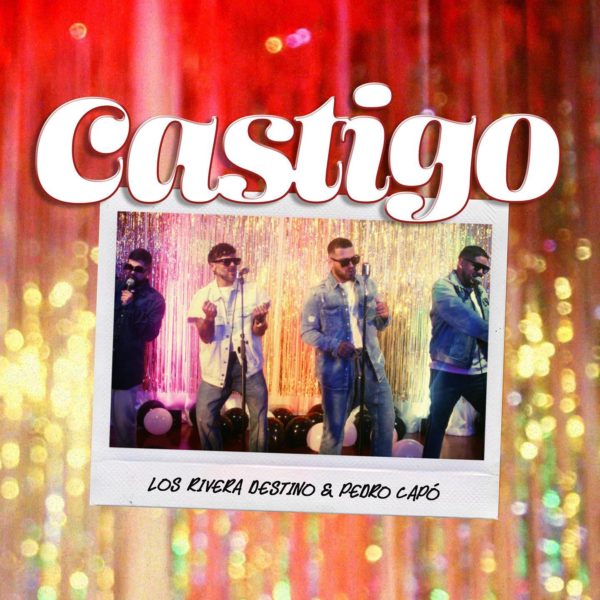 What can you tell me about the video for the song “Castigo”?

It was only the second time we’ve recorded a video outside of Puerto Rico. And it was really interesting arriving at the place where we recorded and realizing all the people who formed part of the audience or extras were actually mannequins. Obviously this was because of the pandemic, but it is definitely an experience we’ll never forget.

Can you tell us when the album will drop?

Well, we don’t have an exact date. But it’s going to be soon, and definitely this year.

Sandra Treviño is a music journalist, DJ and radio host living in Chicago. Listen to her on the radio Friday afternoons on 91.1FM Vocalo and every second and fourth Monday at 6 PM CST on 105.5FM Lumpen Radio. she is also one half of the female selecta duo The Ponderers.