The Pressure Against Bolsonaro Continues in Brazil 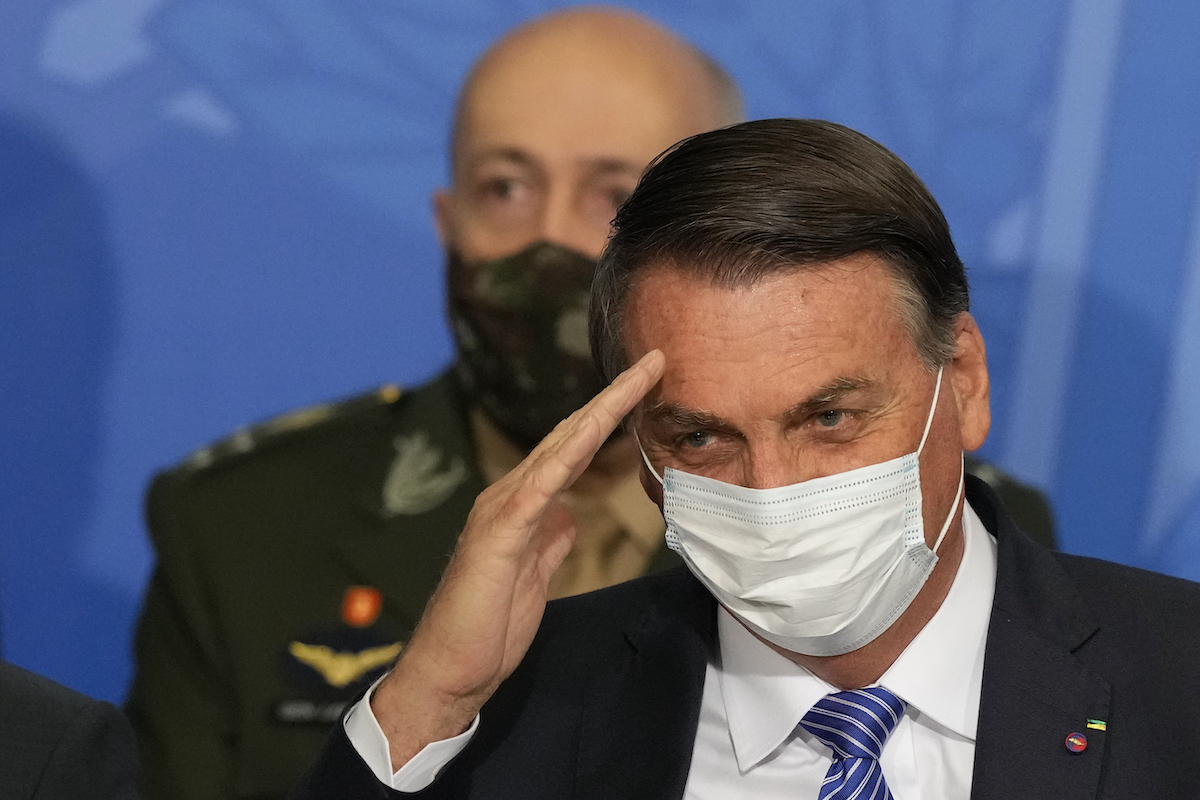 Brazil ended the month of July with more than 550,000 people dead from the pandemic amid signs of weakening of the government, which still maneuvers in every possible way to survive the pressure from the streets.

For the first time since he was elected, polls show a majority of public opinion in favor of impeaching the far-right president Jair Bolsonaro, who recently met with German Neo-Nazi MP Beatrix von Storch in Brasília. von Storch is the granddaughter of Hitler’s finance minister —Lutz Graf Schwerin von Krosigk— and one of the more visible leaders of the right-wing AfD party. The meeting was condemned by progressive Jewish organizations.

Anti-Bolsonaro pressure is pilling up. On July 24, the third wave of demonstrations had millions in the streets all over the country and also in several cities all over the world. And in addition to popular pressure, the Attorney General’s Office asked the Supreme Court earlier this month for permission to open an investigation against the president to find out what role he played in the crisis involving the overpriced purchase of the Covaxin vaccine.

Documents used by Precisa —which mediated the negotiation between the Brazilian government and the Indian manufacturer of the Covaxin vaccine, Bharat Biotech— were fraudulent, leading the Indian laboratory to cancel its partnership with the Brazilian company and put more pressure on the government.

Soon Minister Rosa Weber was opening an investigation and the Federal Police began to investigate whether Bolsonaro had committed a crime. The deadline for completion of the investigation is 90 days with the possibility of an extension. And the president is not the only one being investigated—the former Health Minister, Eduardo Pazuello, was accused by the Federal Public Ministry of causing 122 million reais in damages to the public treasury through mismanagement during the pandemic.

The government and the Ministry of Health are also suspected of corruption in the purchase of the Russian Sputnik vaccine.

Besides corruption in the purchase of vaccines, Bolsonaro was also involved in a scheme called “Rachadinha,” or the act of forcing political office staff to pass on part of their salaries to politicians and advisors. The Bolsonaro family —consisting of the president and his children, a senator, a congressman, and a city councilman from Rio de Janeiro— is suspected of exchanging political positions in their cabinets for some of these employees’ salaries.

The reactions condemning investigations and allegations against the Bolsonaro family and his government came from the armed forces. Bolsonaro, a former army captain, has a vice president who is a general and several ministers, such as Eduardo Pazuello, who are military officers. The armed forces— together with right-wing religious groups— form the main part of the president’s core base of support.

The head of Brazil’s Air Force openly criticized the Parliamentary Inquiry Commission that has been investigating the government, saying that “an armed man does not threaten,”—in other words, making it clear that he is not making a mere threat, but has the weapons to close any investigation against the president. And in a joint statement, the heads of the Air Force, Army and Navy declared that “the armed forces will not accept any frivolous attack on the institutions that defend democracy and the freedom of the Brazilian people.”

The president’s lawyer, Frederick Wassef, also made threats. In a WhatsApp message sent to Uol journalist Juliana Dal Piva, Wasseff told her to move to China and “do there what you do here in your job, to see what the wonderful political system you love so much would do to you. There in China, you would disappear and they wouldn’t even find your body.”

The president himself also resorted to his traditional method of escaping criticism and created an irrelevant political fact to excite his political base. In fact, Bolsonaro once again attacked the security of the Brazilian electoral process, saying that the electronic ballot boxes used in the election are not secure.

The issue has long agitated the pro-Bolsonaro networks, as the president states that elections can be easily rigged and that this would be the explanation for his possible defeat in next year’s presidential election.

And as has become common among the armed forces —despite the constitutional prohibition against them making political statements— the Minister of Defense,  General Walter Braga Netto, communicated to the president of the House of Representatives that if there are no printed ballots in 2022, there will be no elections. The very serious statement raised fears of a military coup in Brazil, which has already lived through a 21-year period (1964-1985) under a military regime that censored, exiled, tortured, and murdered political opponents.

Leaving the Brazilian government aside, four facts still mark the lives of Brazilians in the month of July.

The governor of the state of Rio Grande do Sul, Eduardo Leite, publicly declared that he was gay.

“I am gay. I have nothing to hide,” said the 36-year-old governor, who aspires to run for president next year, during the program Conversa com Bial, on the country’s largest television network, Rede Globo.

An investigation into the Jacarezinho Massacre, the deadliest police operation in Brazil’s history which left 28 dead in early May, said that the police “copied and pasted” statements of the policemen involved in the killings (a common practice) but one that raises suspicions about the action. Of the 31 officers heard as witnesses, at least 26 had virtually identical parts of their accounts, which experts point to as manipulation. To make matters worse, the police have made it difficult to access records of any police occurrences and information about police operations after the massacre.

And finally, two positive and surprising pieces of news at the Tokyo Olympics: