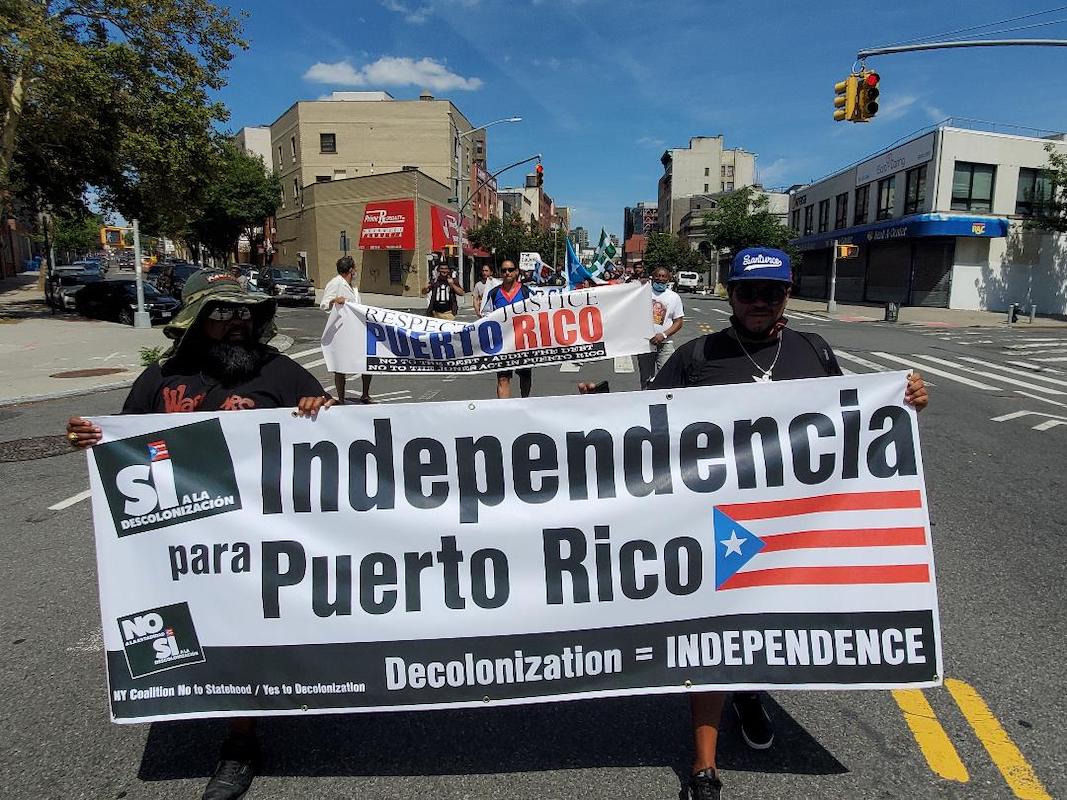 On Sunday, independence advocates for Puerto Rico held marches in nine U.S. cities, calling for what organizers said was “a resounding rejection of annexation and demanding decolonization.”

According to some social media posts and press releases from organizers, marches took place in the following cities: Chicago, Detroit, Miami, Minneapolis, New York, Oakland, Orlando, Philadelphia and Washington D.C. A march scheduled the same day in San Juan was postponed due to what organizers said was a pending tropical storm.

Here are tweets showing marches in some of those cities:

Today in Oakland, CA – The Puerto Rican Diaspora in California is strongly against statehood for Puerto Rico, and in favor of a real & serious decolonization of our occupied land!

Loud and clear we say:
NO to Statehood,
YES to Decolonization!#PuertoRico for #PuertoRicans pic.twitter.com/m5OmK4u7nH

Estamos en Chicago activaos contra la estadity! @BUnidosDPR present in Chicago and rallying against statehood, and in favor of the #decolonization of #PuertoRico! ???✊?? pic.twitter.com/pcJs9WCfHO

In Detroit, Michigan we also rally against statehood, and in favor of the decolonization of Puerto Rico! pic.twitter.com/zZDJ2wn018

“In the historical moment that Puerto Rico is experiencing, with a fiscal board imposed in a dictatorial manner, an economic situation in constant deterioration and a corrupt ruling class, it is unheard of for the government to insist on promoting an idea that the people reject,” said Julio Pabón, an activist with “Respect & Justice for Puerto Rico”, a grassroots organization in the Bronx.

“The corrupt ruling class in Puerto Rico, the one that has allowed the looting of our resources and that has participated in the loot through theft, is precisely part of the most assimilationist and submissive of the country. Year after year they have conspired, in the midst of a kind of symbiotic relationship with US imperialism, to destroy the backbone of our country, which is their nationality. They have failed,” Eric Ramos, leader of the New York PIP, said.

Amid yesterday’s rally, I’ve been approached by some amazing boricuas in Detroit and Livonia that were happy to see us organizing. A lot of talented boricuas that are eager to help Puerto Rico decolonize.

Detroit is an intersection for amazing things.

Last November, a non-binding plebiscite of voters in Puerto Rico resulted in a 52.34% margin for statehood with 47.66% voting against statehood as a viable status option. Since then, two separate congressional bills —a statehood one and a self-determination one— have gotten more than 170 bicameral and bipartisan cosponsors combined.

Recently, two prominent Puerto Rican legal scholars on both sides of the political status debate argued for a compromise bill, explaining that Congress must act on resolving Puerto Rico’s current territorial status, which was rejected in the first part of a 2012 non-binding plebiscite.