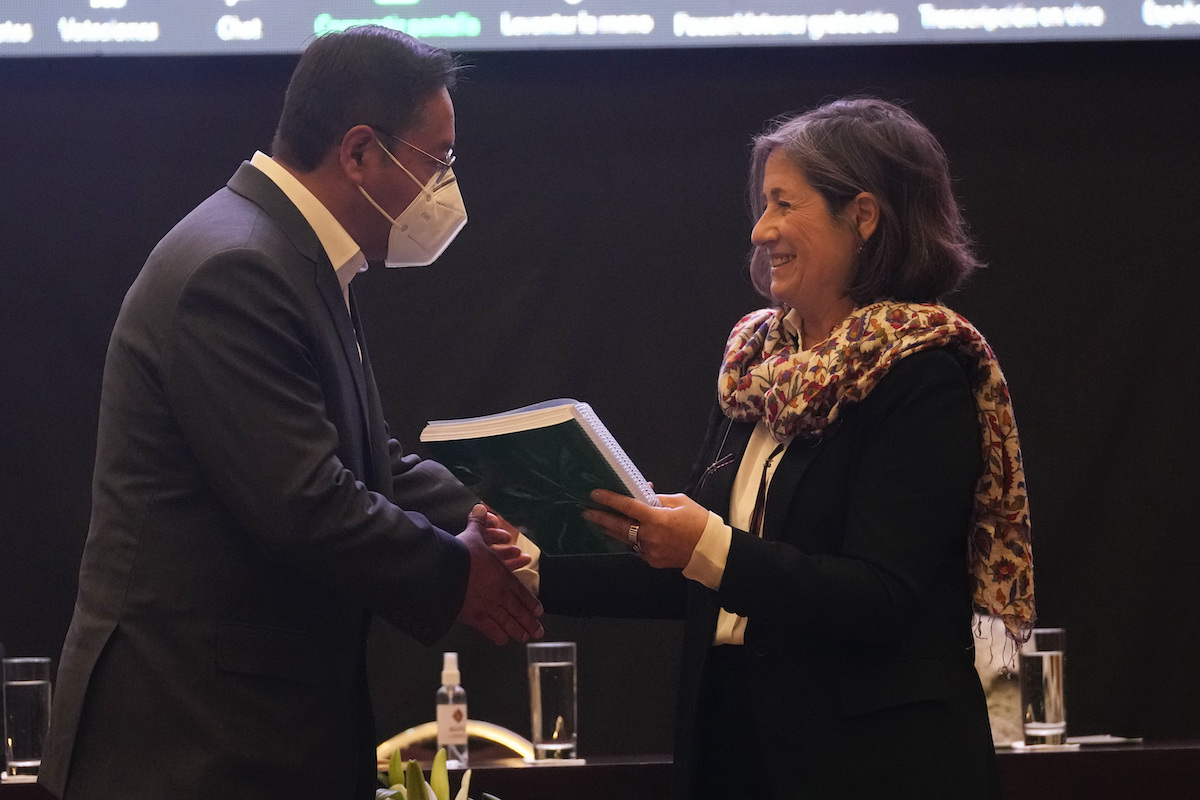 The scathing, 471-page report is the most comprehensive yet to examine the events surrounding the disputed 2019 presidential vote, when Morales’ narrow election to an unprecedented fourth term triggered widespread protests spurred by strong international allegations of voting fraud—claims later questioned by foreign electoral experts.

The report, presented Tuesday in La Paz in an event attended by new President Luis Arce, was commissioned by the Organization of American States chief human rights watchdog under an agreement with the former interim government led by Jeanine Áñez.

The five-member panel’s findings of widespread abuses by security forces acting under the conservative interim government’s direction is likely to embolden leftist supporters of Morales and Arce, who have long maintained Áñez took power through a coup tacitly backed by the Trump administration. It’s also likely to undercut criticism by the Biden administration and others suggesting that the jailing of Áñez on sedition and terrorism charges tied to the unrest was politically motivated.

“This thoroughly documented report sets the record straight,” said Kathryn Ledebur, who leads the nonprofit Andean Information Network in Bolivia and has been a sharp critic of Áñez.

Ledebur, an American who has lived in Bolivia for decades, said she finds U.S. policy toward Bolivia especially disappointing because of the parallels between how the Áñez government spread misinformation and intervened in the judiciary to attack opponents and attempts by former President Donald Trump to hold onto power following his defeat last year.

“Instead of suggesting Áñez’s arrest was politically motivated, the U.S. should speak out about the gross human rights violations committed by, and the illegality of, the Áñez government,” Ledebur said.

The State Department said that it would not comment until it had heard from the Group of Independent Experts and had reviewed its report. But a spokesperson in an email said that Bolivians deserve accountability based on credible legal proceedings that respect due process.

Following Áñez’s arrest in March, Secretary of State Antony Blinken said on Twitter that he was “deeply concerned by growing signs of anti-democratic behavior and politicization” of Bolivia’s justice system.

An OAS electoral mission to Bolivia found a number of “irregularities” in the 2019 election, including the existence of hidden computer servers. Morales officially won by barely enough votes to avoid a runoff with the second-place finisher.

That OAS electoral mission’s findings prompted opponents joined by Bolivia’s armed forces to pressure Morales into resigning hours after he had acquiesced to OAS Secretary General Luis Almagro’s call for a redo of the vote.

Later, researchers from the Massachusetts Institute of Technology would cast doubt on the OAS’ claim that a sudden change in voting trends following an extended lapse in releasing results pointed to fraud. The OAS has stood by its findings.

The new report, which was the result of eight months of research partly funded by the U.S. government and the Ford Foundation, is careful not to endorse claims of a coup against Morales.

But it does raise doubts about Áñez’s ascent to power, pointing out that her election to the head of the Senate and then as interim president lacked the quorum required by internal congressional rules after several of Morales’ allies in the legislature resigned in protest.

“If this isn’t a coup, what more proof can there be?” Arce said at Tuesday’s presentation to shouts of “Justice!” by relatives of those killed who were also in attendance.

The report also detailed examples of excessive force by police, including the use of lethal ammunition, to suppress unarmed supporters of Morales who poured into the streets. At least 20 people were killed in two incidents the experts characterized as “massacres” perpetrated by security forces acting under the authority of a decree signed by Áñez guaranteeing amnesty for those working to re-establish public order.

“We don’t want revenge. We want justice,” said Gregoria Siles, whose son Omar was killed after being shot in the city of Sacaba.

The report highlights the deep political polarization surrounding Morales’ changing of the constitution to seek a fourth term, deep-seated racism against his Indigenous followers and traditionally weak institutions as aggravating factors.

But it specifically faults Áñez officials for utilizing the judiciary and security forces to target opponents, often based on flimsy evidence. It also found evidence of female detainees being threatened with rape and subjected to genital touching.

Among those imprisoned was a maid found when police raided the abandoned home of a former top official, as well as Morales’ former cabinet chief, Patricia Hermosa, who had a miscarriage in custody while being denied medical attention, according to the report.

The report contains 36 recommendations, including calls to compensate victims of state violence, a thorough investigation of crimes committed by security forces and greater independence for prosecutors and judges.