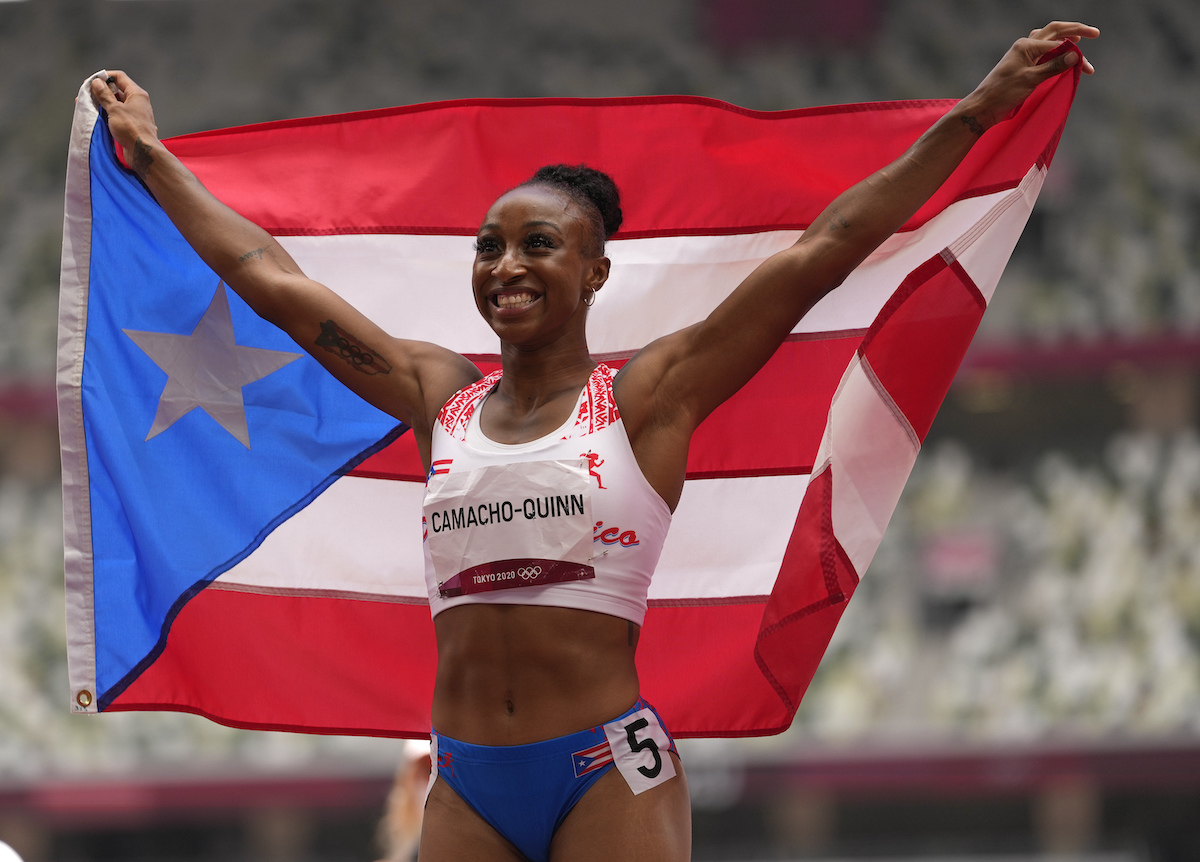 What defines a Puerto Rican is still being debated by some people.

And many of those who’ve participated in the discourse throughout history are people from the island, be it via themselves or their family members. Who actually is a Boricua is quite simple: If you were born in Puerto Rico, you’re Puerto Rican. If one or both of your parents were born in Puerto Rico, you’re Puerto Rican. If your great grandmother was born in Caguas and moved to New York City with her family at two years old where she later had her babies, where their babies had their babies, and one of those babies had you, because of her, you’re still Puerto Rican. Granted: The percentage is small, but it’s enough to be in your bloodline.

When tennis star Mónica Puig won Puerto Rico’s first Olympic gold medal in 2016, people didn’t really ask whether or not she’s Puerto Rican, even as she was born on the island to a Puerto Rican mother and a Cuban-American father. Nonetheless, she represented the island and won, and anyone of Puerto Rican descent who really feels Puerto Rico —even those who don’t follow tennis— were emotional.

Yet, the whole “Who is Puerto Rican?” question has now morphed into a new conversation in the aftermath of Jasmine Camacho-Quinn becoming the second gold medalist to represent Puerto Rico in the island’s history. Camacho-Quinn set a 2021 Olympic record time of 12.26 for the 100-meter hurdles in the semifinals, tied for the fourth-fastest time in history, and later achieved gold after flying to a 12:36.

As Angela Bonilla touched on in August, gatekeeping was being done on Twitter and other social platforms regarding who is and who isn’t Puerto Rican. Camacho-Quinn was born in Charleston, South Carolina, became an SEC Champion at the University of Kentucky, and currently lives in Orlando, Florida. She was raised by a Black father and a Trujillo Alto-born mother and is also the younger sister of two-time NFL Pro-Bowler and current Chicago Bears pass rusher Robert Quinn, who goes by “Puerto Rican Bobby” on his Instagram.

So yes, technically, Camacho-Quinn was born and raised on American soil, but she’s Puerto Rican. She and her brother proudly represent Puerto Rico. And she famously reaffirmed this four years ago after being questioned why she runs to represent Puerto Rico as opposed to the United States. Clearly, it’s not because she wouldn’t have qualified for the U.S., because a gold medalist is good enough to run for anybody. Plus, she nearly qualified for the Olympic finals in 2016, save for a fall that disqualified her.

If I truly wanted to make that US team, trust me I'd be sure to make it. I don't want to. I love running for PR & I love my supporters.

And it was a party for everybody.

“I certainly educated some people. Everyone thinks being Puerto Rican you are supposed to look like a certain way” – @JCamachoQuinn

Thank you Jasmine for exposing that we don’t have to look or sound a certain way to be Puerto Ricans. ??♥️ #PuertoRico

The celebration even led to a press conference on the island, but most notably, Camacho-Quinn shared her final say on an extended, emotional, and efficacious Instagram post, which people generally haven’t drawn enough attention to.

“Identity,” Camacho-Quinn’s post began. “Is who you are, the way you think about yourself, the way you are viewed by the world, and the characteristics that define you. I am THE face of those who are just like me. Born in the States but taught to be proud. Proud of who you are. Proud of where you come from. Proud of your culture.

“I got the best of both worlds growing up,” she continued. “Being able to experience my Black southern roots mixed with my Puerto Rican roots. I AM WHO I AM. I DEFINE ME. Daddy straight from Moncks Corner, South Carolina & Mommy straight from Trujillo Alto, Puerto Rico.”

It’s like what Joey Serralta told me when we discussed soccer in Puerto Rico and whether or not getting American natives of Puerto Rican descent is an appropriate route for growing the island’s national team.

“I’m a big proponent of having a system where you could somehow, in a process, really see where the heart is for that person who has Puerto Rican heritage,” he said. “Are they really committed to Puerto Rico, or are they just looking at it as an opportunity to show themselves?

“There has to be a way for us to know that the Puerto Rican that has been raised in the United States feels that commitment [to Puerto Rico] because it was taught to him or engrained in him,” Serralta added, tilting the camera on his Zoom up toward a map of Puerto Rico. “The only way you’re able to give that and more is if that island means something to you. And that goes for the guy in Puerto Rico. They have to feel it, too.”

You can be born and raised somewhere not be connected to your roots—ask many non-patriotic Americans of color. You could be, via one or both parents, a descendant of a country or territory and be immensely drawn to your culture in a fashion that moves you to tears to think about.

There isn’t a sufficient instructional manual that outlines how you should feel about where you come from, nor does their need to be. There isn’t a uniform way this goes. Camacho-Quinn understands that and probably does better than many others who have an affiliation with Puerto Rico or anyone who feels like her as it relates to their own culture.

Bryan Fonseca is an award-winning sports journalist, with bylines for Deadspin. He is also founder, host and executive producer of the Ain’t Hard To Tell Podcast and Side Hustle. Twitter: @BryanFonsecaNY.