US Launches Mass Expulsion of Haitian Migrants From Texas 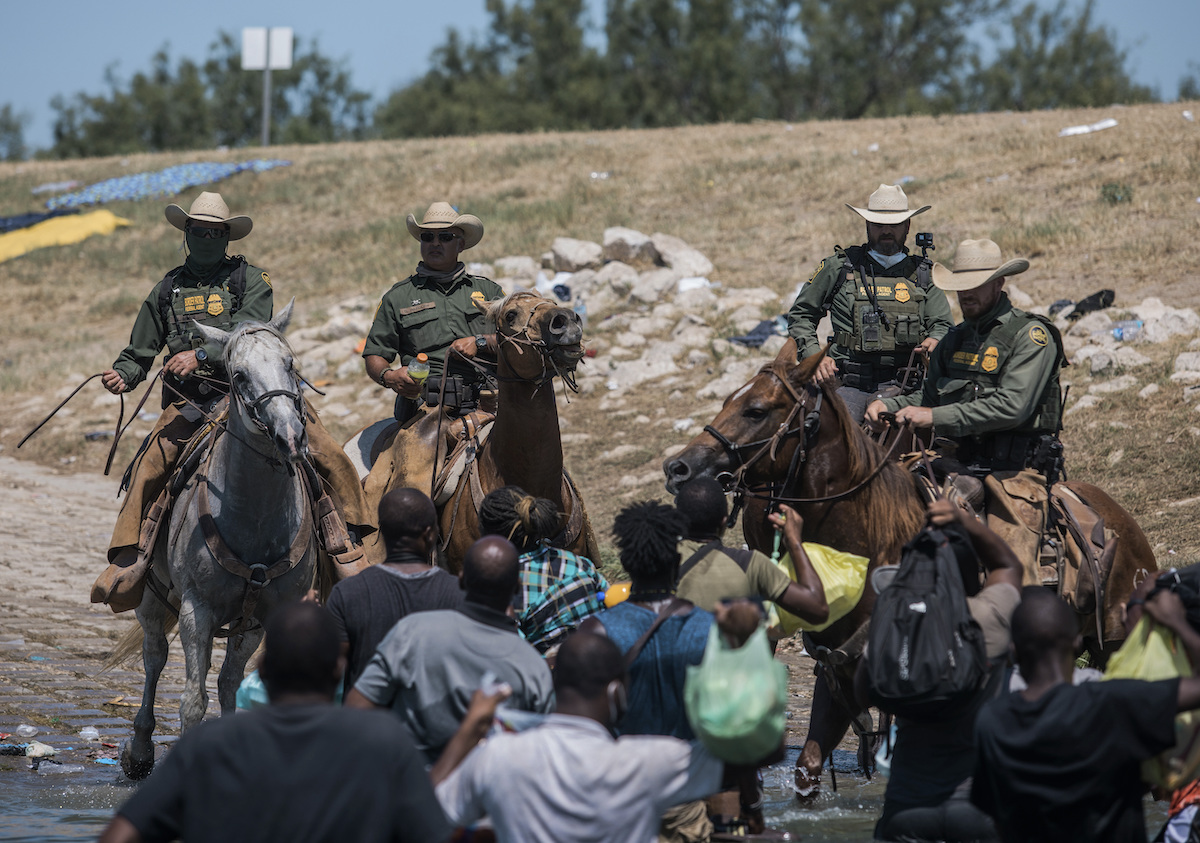 DEL RIO, Texas (AP) — The U.S. is flying Haitians camped in a Texas border town back to their homeland and blocking others from crossing the border from Mexico in a massive show of force that signals the beginning of what could be one of America’s swiftest, large-scale expulsions of migrants or refugees in decades.

More than 320 migrants arrived in Port-au-Prince on three flights Sunday, and Haiti said six flights were expected Tuesday. In all, U.S. authorities moved to expel many of the more 12,000 migrants camped around a bridge in Del Rio, Texas, after crossing from Ciudad Acuña, Mexico.

The U.S. plans to begin seven expulsion flights daily on Wednesday, four to Port-au-Prince and three to Cap-Haitien, according to a U.S. official who was not authorized to discuss the matter publicly. Flights will continue to depart from San Antonio but authorities may add El Paso, the official said.

When the border was closed Sunday, the migrants initially found other ways to cross nearby until they were confronted by federal and state law enforcement. An Associated Press reporter saw Haitian immigrants still crossing the river into the U.S. about 1.5 miles (2.4 kilometers) east of the previous spot, but they were eventually stopped by Border Patrol agents on horseback and Texas law enforcement officials.

As they crossed, some Haitians carried boxes on their heads filled with food. Some removed their pants before getting into the river and carried them. Others were unconcerned about getting wet.

Agents yelled at the migrants who were crossing in the waist-deep river to get out of the water. The several hundred who had successfully crossed and were sitting along the river bank on the U.S. side were ordered to the Del Rio camp. “Go now,” agents yelled. Mexican authorities in an airboat told others trying to cross to go back into Mexico.

Migrant Charlie Jean had crossed back into Ciudad Acuña from the camps to get food for his wife and three daughters, ages 2, 5 and 12. He was waiting on the Mexican side for a restaurant to bring him an order of rice.

“We need food for every day. I can go without, but my kids can’t,” said Jean, who had been living in Chile for five years before beginning the trek north to the U.S. It was unknown if he made it back across and to the camp.

Mexico said Sunday it would also begin deporting Haitians to their homeland. A government official said the flights would be from towns near the U.S. border and the border with Guatemala, where the largest group remains.

Since Friday, 3,300 migrants have already been removed from the Del Rio camp to planes or detention centers, Border Patrol Chief Raul L. Ortiz said Sunday. He expected to have 3,000 of the approximately 12,600 remaining migrants moved within a day, and aimed for the rest to be gone within the week.

“We are working around the clock to expeditiously move migrants out of the heat, elements and from underneath this bridge to our processing facilities in order to quickly process and remove individuals from the United States consistent with our laws and our policies,” Ortiz said at news conference at the Del Rio bridge. The Texas city of about 35,000 people sits roughly 145 miles (230 kilometers) west of San Antonio.

Some people arriving on the first flight covered their heads as they walked into a large bus parked next to the plane. Dozens lined up to receive a plate of rice, beans, chicken and plantains as they wondered where they would sleep and how they would make money to support their families.

All were given $100 and tested for COVID-19, though authorities were not planning to put them into quarantine, said Marie-Lourde Jean-Charles with the Office of National Migration.

Gary Monplaisir, 26, said his parents and sister live in Port-au-Prince, but he wasn’t sure if he would stay with them because to reach their house he, his wife and their 5-year-old daughter would cross a gang-controlled area called Martissant where killings are routine.

He moved to Chile in 2017, just as he was about to earn an accounting degree, to work as a tow truck driver. He later paid for his wife and daughter to join him. They tried to reach the U.S. because he thought he could get a better-paying job and help his family in Haiti.