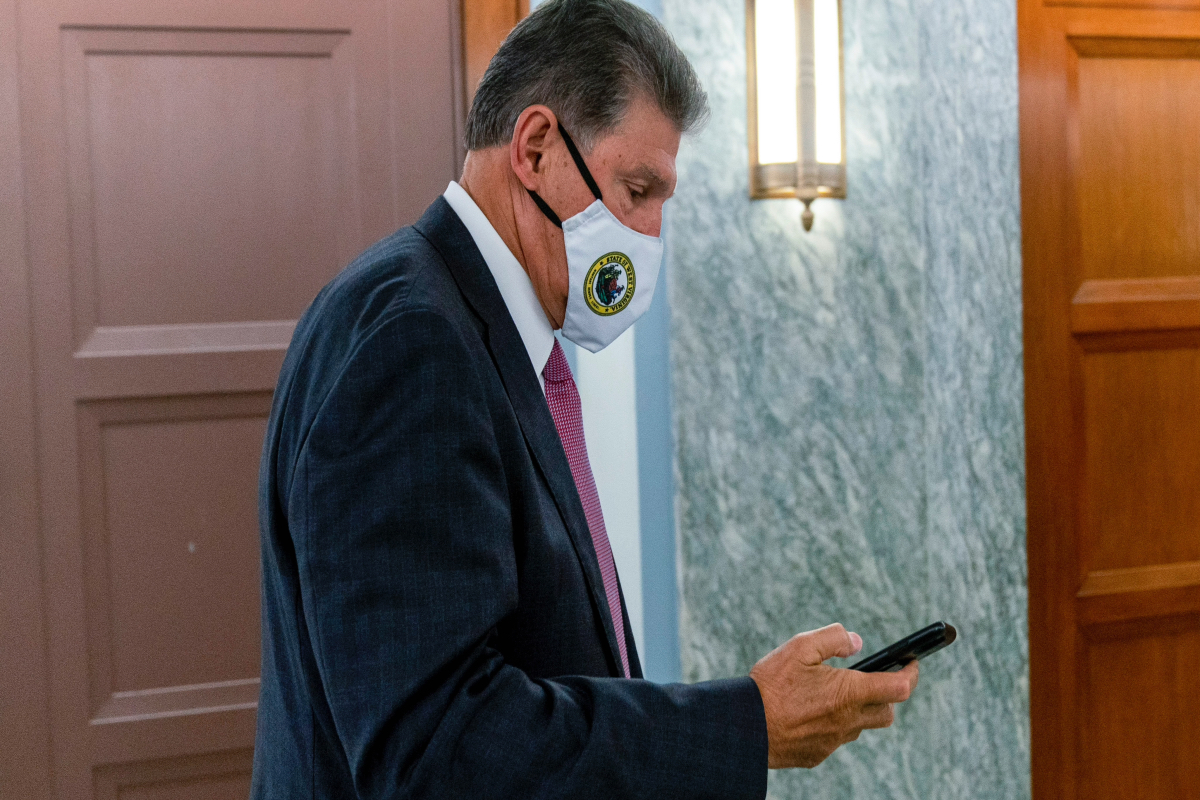 “I don’t think it’s going to be in there. I really don’t,” Manchin told Latino Rebels after leaving a Senate vote on Monday afternoon. “I think it’s too big for that.”

Asked if he agrees with Senate Parliamentarian Elizabeth MacDonough’s recent pair of political statements (here and here) against including immigration reform in the budget deal, Manchin said he’s “totally committed to trying to help” immigrants, but that he is unwilling to “bust the Byrd Rule.”

The Byrd Rule, named for the late Senate Majority Leader Robert Byrd (D-WV), prohibits “extraneous” measures from being included in budget reconciliation bills. “Extraenous” is defined in the rules of Senate procedure as “measures that produce a budgetary effect that is merely incidental to the non-budgetary policy change,” according to the House Budget Committee.

New – Senate parl ruling on immigration that appears to close the door on including a pathway to green cards in the reconciliation bill. Key line: “Changing the law to clear the way to LPR status is tremendous and enduring policy change that dwarfs its budgetary impact.” pic.twitter.com/KOYdrKtcsB

Cecilia Muñoz, President Obama’s immigration czar, was quick to point out in an op-ed just how far MacDonough had to strain to reach the ruling:

Substantial immigration provisions have passed under the budget reconciliation process four times since 1990, most recently in 2005. Instead of relying on the considerable similarities between these prior efforts and the current one, she relies on their differences. In deciding whether the immigration proposal’s substantial budgetary impact is in proportion to its other impacts —a central question for the Parliamentarian—she makes an argument that the overall impact is so large as to be incalculable, and therefore it is out of balance. That’s like comparing, say, the life-or-death implications of health reform to its budgetary impact. That’s the kind of argument you make when you are trying to get to “no.”

NBC News reports that MacDonough, a former immigration attorney for the U.S. Department of Justice, is currently working from home while she undergoes stage 3 breast cancer treatment. MacDonough’s deputies in the Office of the Parliamentarian will handle her duties in the interim.

The Senate Parliamentarian, Elizabeth MacDonough, has been diagnosed with stage 3 breast cancer, a source familiar tells NBC News. She will have surgery and receive treatment is expected to be out 2-3 weeks, and her deputies will handle her duties in the interim.

Senate Democrats, including all four Congressional Hispanic Caucus members, have told Latino Rebels in the last week that they plan to continue pressing the Parliamentarian’s deputies to include immigrant relief in the budget reconciliation deal.

“It’s being discussed,” said Sen. Dick Durbin (D-IL), who has been leading the effort in the upper chamber since Manchin came out in favor of including legalization in the budget deal earlier this summer. With Manchin now telling Latino Rebels, in essence, that he is unwilling to overrule MacDonough to include immigration in the budget reconciliation, the effort is all but dead.

Message from Karina – I am a DACA recipient from Arizona who volunteered to help elect Sen. Sinema. I asked her to follow through on her promises to immigrants in Arizona and support citizenship through reconciliation. pic.twitter.com/iw4nsrI2v7

“If we don’t have reconciliation I’m not sure that there’s a pathway forward,” Menendez told immigration advocates on a call organized by the American Business Immigration Coalition, according to reporting by Rafael Bernal of The Hill.

The Senate is back in session Tuesday with cloture motions scheduled for 11:30 a.m. ET.