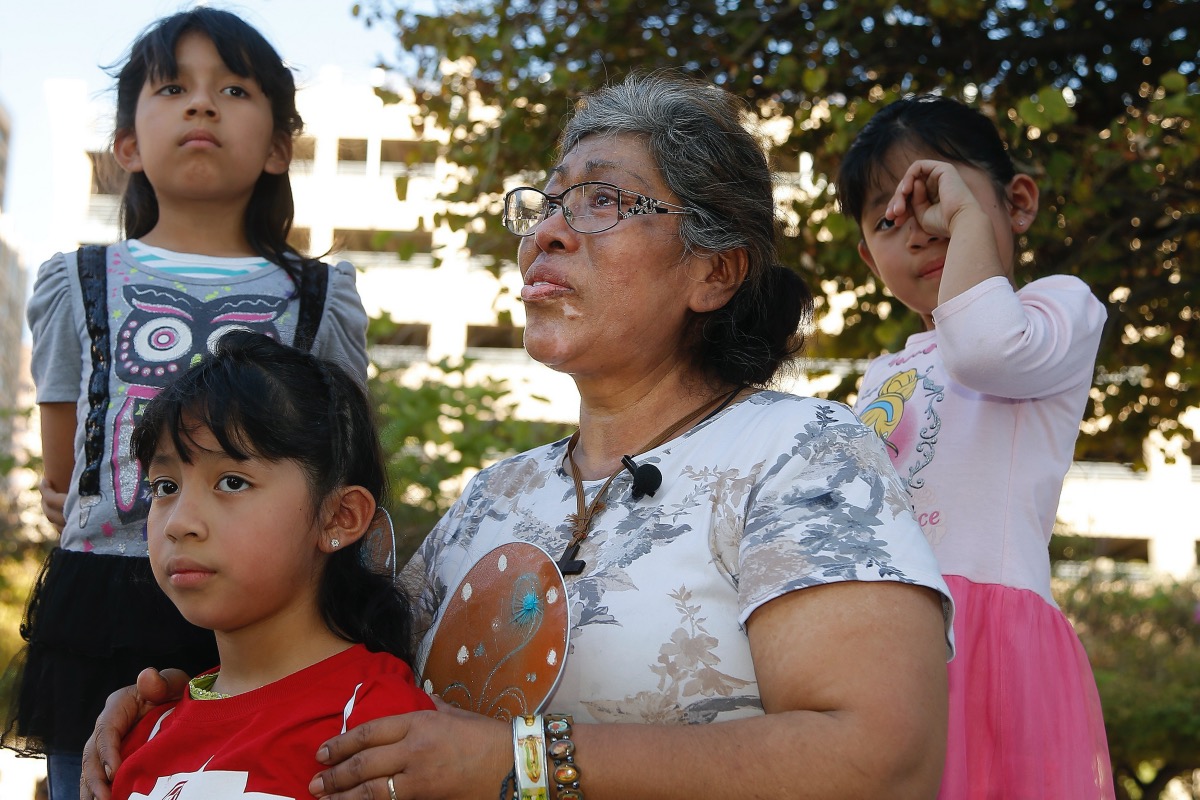 No one is looking forward to the year 2027 more than Meybel Velásquez and her family, because that’s the year her husband will be able to return to the United States from Guatemala. Her family is one of many who have suffered from separation due to the country’s immigration rules.

She is originally from El Salvador and is now an American citizen. When she met Raúl (who prefers to remain anonymous) they quickly fell in love and married 10 months later. They now have two daughters.

Raúl is from Guatemala and had entered the country twice before. On one occasion he was deported and re-entered. When he got married his life was normal; he had a job washing cars. But he and his family longed for more, and so he had to normalize his immigration status.

According to American Families United, approximately 1.3 million spouses of U.S. citizens live in the country without authorization. Some of these families have not been able to resolve their situation due to the barriers to admission that prevent spouses from obtaining citizenship even if married to a U.S. citizen.

When Meybel and Raúl made their decision, they were warned that it was better for him to be in Guatemala. In 2017, at the time he had his interview to get his documents, he was told he could not return to the United States for 10 years.

Since Raúl’s deportation, Meybel has lived with her daughters at her parents’ house in Rhode Island. At least twice a year she travels with the girls to Guatemala to see Raúl.

“It is always very hard,” says Meybel. “Every time it is a great joy when we go to Guatemala. But when we come back it is hard for the four of us. We want to do everything right, but the laws are too hard. My husband is not a criminal, he is a working man.”

Meybel recorded the above video in January 2021, after the family’s Christmas gathering in Guatemala. In the video, her daughter cries as she’s forced to say goodbye to her dad.

Meybel says she made the video for a “purpose,” to raise awareness of how hard family separation is and what her six- and seven-year-old daughters have to go through even though they are American citizens.

The hardest thing for Raúl is being away from them. He lives with his parents in Guatemala, a farmer and truck driver, and feels guilty every day for not being with his family.

“I would like to be given a chance,” says Raúl. “Being away from Meybel and the girls is the hardest thing because they are alone and I am here alone too. Having them come to live in Guatemala is not an option.”

Families like Meybel’ and Raúl’s want the government to understand that their cases are ones of family separation and to include them in any immigration reforms.

In April, the American Families United Act (H.R. 2920) was introduced in the House of Representatives. The bill is sponsored by Texas Rep. Veronica Escobar. The bill would provide protection from deportation for some members of mixed-status families.

The bill is important because despite President Joe Biden’s promise of a path to citizenship for millions, including special workers, separated families in which a spouse or parent must remain in another country may be left in limbo if there is no change to the restriction on admissibility.

Megan, who prefers not to give her last name, is an immigrant rights activist and a member of American Families United. She wants mixed-status families to receive the same attention as other groups hoping for immigration reform, and she works daily to make the stories of these families known.

“We’re U.S. citizens, and because of who we married we could have to leave our own country as well,” she says. “So to not even get equal sort of attention in the debate is, like, just another thing on top of it. …  I feel that people in our situation should get more attention.”

Megan has been with her husband, a Mexican citizen, for more than 10 years. They have two children. After many attempts with different lawyers, they have come to accept the 10-year bar that prevents him from becoming a citizen.

As a U.S. citizen, Megan’s life has been very different from those of her co-workers or other family members, who experience the fear that comes with being undocumented.

Her life has adapted to her husband’s status, and although he was advised to leave the country to apply from abroad, nothing guarantees that after 10 years he will be allowed to enter.

Her family’s daily life is normal, but the fear that something might happen to her husband is always with her. She recalls a time when she was thinking about going to Disney World and imagining the road trip; she thought about how risky it was for her husband.

“We can go to Disney World but I’m not gonna drive the whole way,” she recalls thinking. “Is he gonna drive in, like, some of those southern states?”

Being American and Exiled 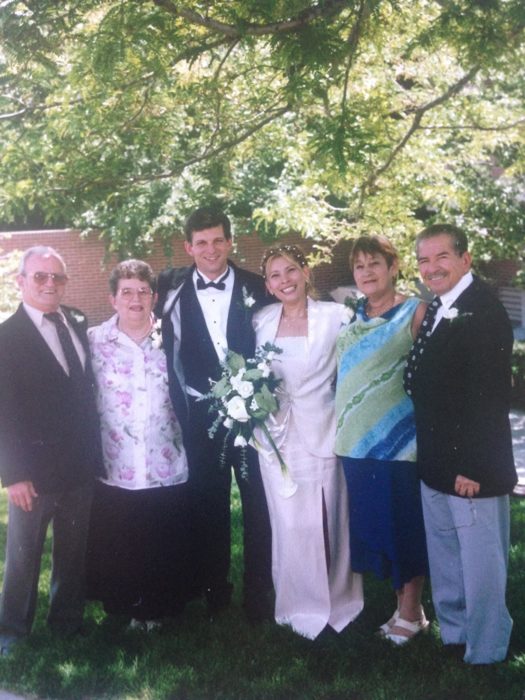 Ed and Rocío have been married 19 years. This photo, provided by Ed, shows both of their families on their wedding day.

Ed Markowitz has lived in Toronto for the past 10 years, since his wife Rocío, a Mexican citizen, was denied entry to the United States. While Rocío and Ed were married 19 years ago, she has been unable to obtain U.S. citizenship.

It was never in the couple’s plans to move to Canada, but when Rocío was denied entry to the United States from Mexico, they had to make a decision. They have one child together, but Rocío has two more children who were unable to travel with her due to her immigration status.

“I’m a U.S. citizen,” Ed states. “I’m still very angry because my wife is not a criminal; she has no criminal record. She doesn’t deserve a life sentence and doesn’t even deserve a 10-year sentence or three years. How about a fine or community service?”

He recognizes that his life in Canada is good but hopes his family’s story helps others who are going through the same thing, even though he knows that after 10 years outside the United States, it is not certain that his wife will be able to enter the country.

“We still have to get a waiver for inadmissibility, and to get that waiver, you have to show extreme hardship for the U.S. citizen spouse,” he explains. “And family separation is not considered extreme hardship.”

When he and Rocío got married, they never imagined that they would have to go through this, that Rocío would have to separate from her other two children. Although they have a good life, theirs is a painful story.

“It’s horribly inhumane, in my mind, that my government would require that of my family, for something that is not criminal,” Ed says. “There’s no violent criminality … She’s not a security threat to the United States. She was a Sunday school teacher before we left [Mexico].”

Thousands of families are waiting for the moment when the law changes and everyone will be included. They ask that the right of their families to live together be protected.