My Puerto Rican Grandma Was a Silent Trailblazer (ESSAY) 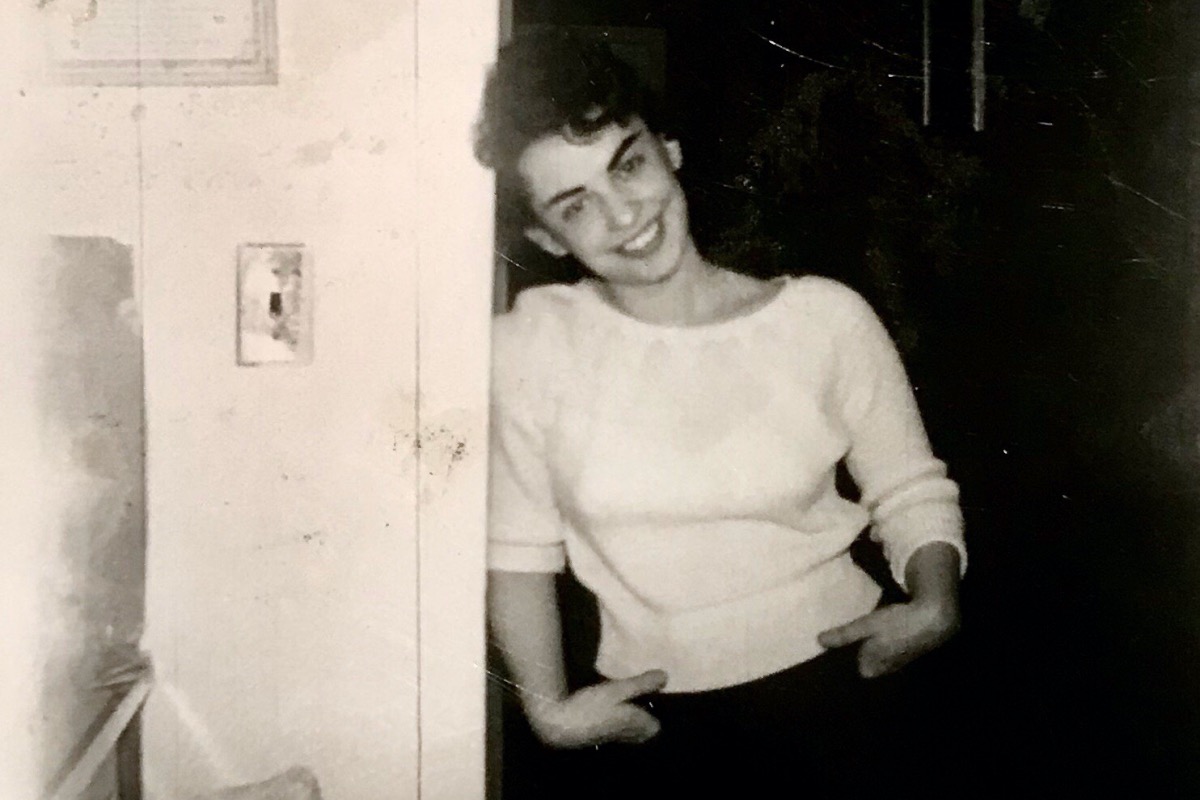 Elsie as a young woman (Courtesy of Raj Tawney)

During National Hispanic Heritage Month, spotlights are shined mostly on public figures. While many of them rightfully deserve the recognition, we tend to overlook everyday citizens who inspire others, from their families to the communities they inhabit. Asking for no acknowledgment, these individuals have simply worked and strived as best they could in order to make a better life for future generations.

For me, my grandmother was that person.

Born in the middle of the Great Depression, Elsie wasn’t born into economic stability but she never made excuses for herself. The first of eight children in a poor Puerto Rican family, living in a one-bedroom tenement in the Bronx, she and her siblings split one stick of butter amongst them for dinner most nights. As a teenager, she worked at night and attended class by day. Not allowed the opportunity to work on the showroom floor at Macy’s, she worked in the basement, folding clothes, using her paychecks to support her family.

In 1954, she became the first in her entire family to obtain a high school diploma. But attending college wasn’t even an option for her as she continued to hold a job, helping pay for food and rent. Her father was a disabled World War II veteran and her mother spoke no English, both depending on welfare to survive.

By age 22, she would marry her neighborhood sweetheart, Anthony, a handsome Italian American street kid who was always getting into trouble. Elsie, a beautiful yet painfully shy young woman, felt unattractive her whole life. Her father even called her ugly once. 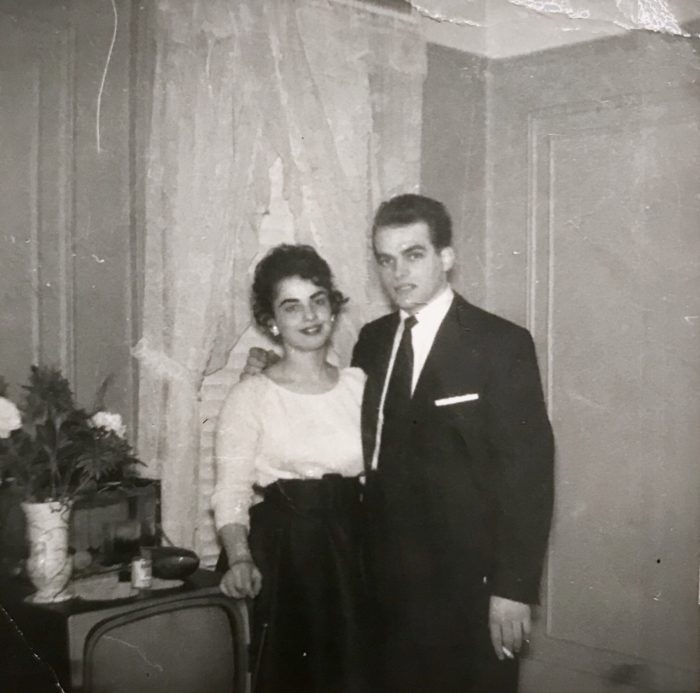 Both families were startled by the concept of interracial marriage, yet no one contested their union. Upon giving birth to my mother a year later, however, a family member remarked, “I hope their child doesn’t turn out dark.” Though hurt, my grandmother didn’t let it affect her. She persisted but slowly became self-conscious of her ethnicity, often telling people she was Italian instead of Puerto Rican.

Elsie remained strong through her adult years as she supported her husband and daughter, becoming the breadwinner of her family while her husband gambled much of their earnings away. In 1969 she took a job as a bank teller and remained in her position for three decades before retiring in 1999.

She raised her only daughter, Loretta, to be a strong, independent woman. My mother would cross cultural lines as well when she married my father Roop, an Indian immigrant, in 1980. Though my grandfather Anthony died of cancer in 1987 at only 50 years old, Elsie remained silently strong, refusing to move out to Long Island where my family had settled. Instead, she remained in the Bronx and chose to live alone for the rest of her life. I can’t blame her. She had been forced to think of everyone but herself up until that point. 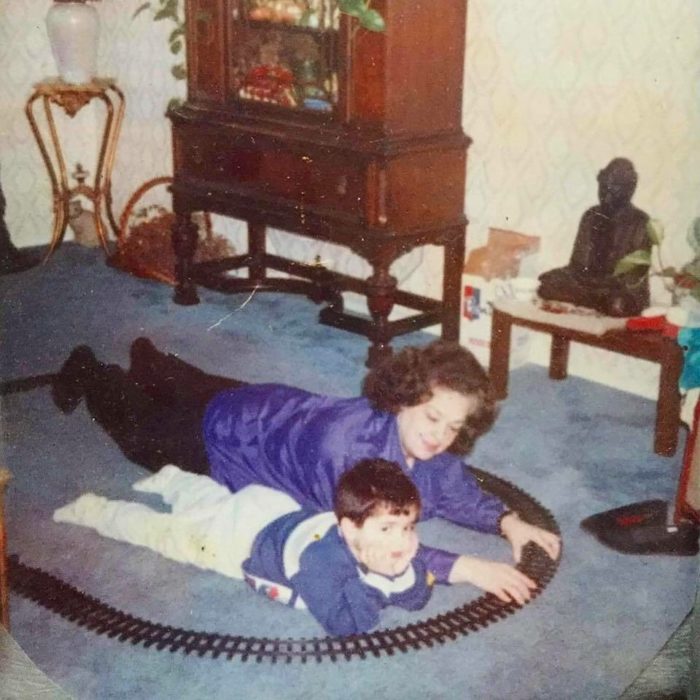 Growing up in the ‘90s, during weekend trips from Long Island to the Bronx or vice versa, my grandmother and I developed a bond that shaped my viewpoint. In between helping her mold raw meat into balls with my hands, we’d watch Turner Classic Movies and she’d show me her favorite MGM musicals, confiding to me how she used to dream of becoming a showgirl but never felt pretty or idealistically American enough to tell anyone. She was the first person to make me feel special, someone who she could turn to for candor and trust. She also taught me about work ethic, saving money, and building a foundation for one’s life.

Pride for her heritage still eluded Elsie, who rarely spoke about her culture. Up until her death in 2018, she still felt a sense of shame admitting she was Puerto Rican to her white neighbors in central Florida where she eventually resided. 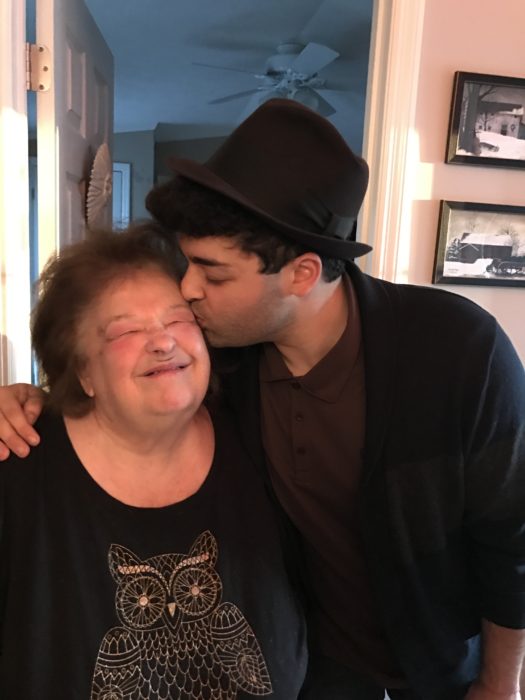 The author with his grandmother Elsie (Courtesy of Raj Tawney)

I couldn’t figure out why she hid her identity for most of her life. Only until I faced subtle prejudices in my own life, for my ethnic background and outer appearance, did I start to understand how difficult it must have been for my grandmother in her youth. I’m fortunate, however, to be witnessing a turning point in our society, in which conversations about racial and cultural tolerance are becoming more common.

I can only wonder what my grandmother would think if she saw her name alongside the words “Hispanic Heritage Month.” I hope she’d find joy in knowing she’s influenced more than just her grandson.

Raj Tawney is a writer from New York, writing about the multiracial American experience from his unique perspective. He’s contributed to The New York Times, The Washington Post, The Guardian, and many other publications around the world.