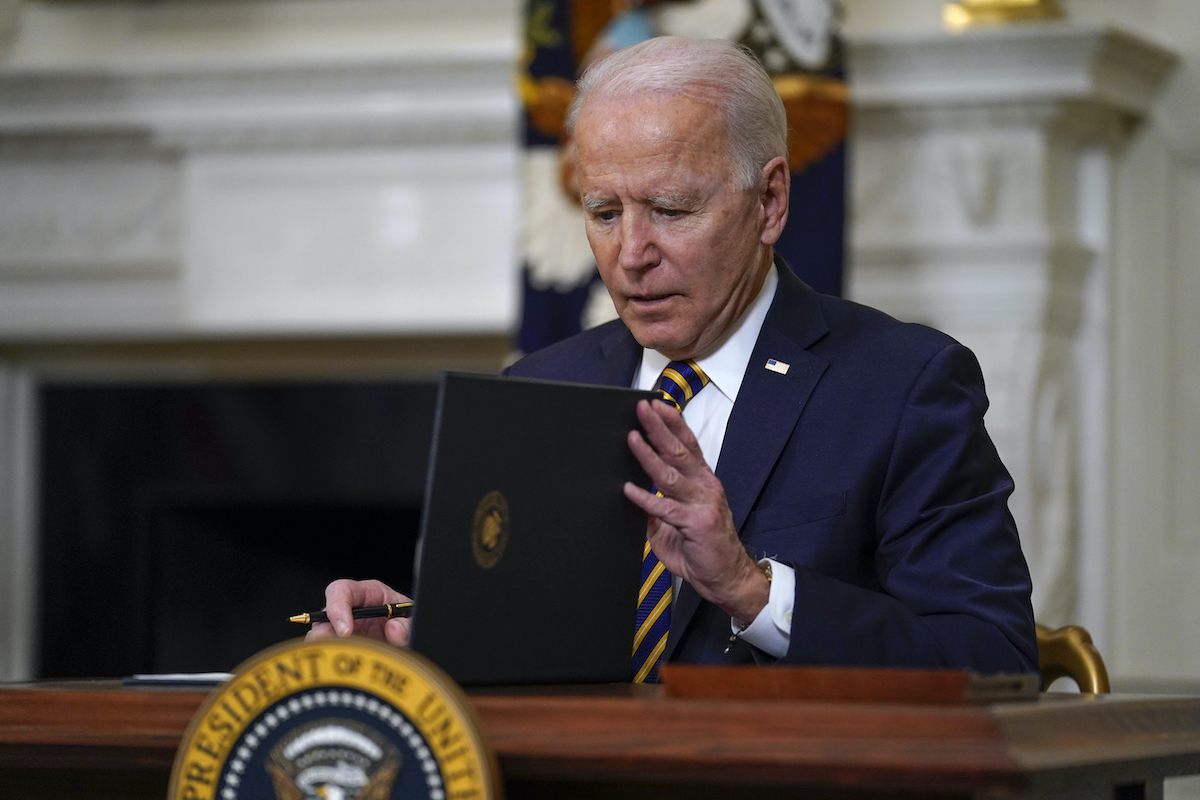 President Joe Biden’s approval rating has fallen among all Americans but especially with Latinos and independents, according to a new poll from FiveThirtyEight.

President Biden’s approval rating is better than his predecessor’s, Donald Trump, who saw his approval rating go from the mid-40s when he entered the Oval Office before sliding to 37.8 percent nine months later. 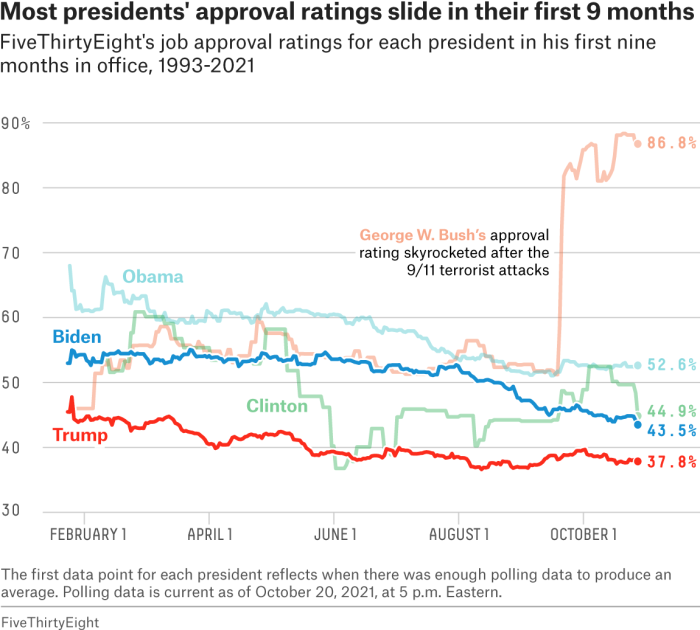 “Independents have soured on Biden to the extent that his approval ratings among this group approach the strongly negative ratings they gave then-President Donald Trump at the same point in his presidency,” writes elections analyst Geoffrey Skelley, “while increased disapproval of Biden among Hispanics could signal they are moving further away from Democrats after they shifted somewhat toward Trump and the GOP last November.”

Despite a large turnout among Latino voters in Arizona, which is credited for helping Biden win the state in 2020, many were surprised to see Latinos in Texas’s Rio Grande Valley vote for Trump at a higher rate than in 2016.

And this past June, former Hidalgo County GOP Chair Javier Villalobos beat Veronica Vela Whitacre in a close race for the mayorship of McAllen, Texas on the U.S.-Mexico border.

The analysts at FiveThirtyEight, founded by famed statistician Nate Silver, say President Biden’s handling of the COVID-19 pandemic is to blame for his drop in approval among independents.

“[The pandemic] has surely hurt Biden with most groups of Americans, but independents’ dissatisfaction with Biden’s handling of the pandemic has been particularly pronounced,” Skelley writes. “In early June, almost 60 percent of independents approved of Biden’s response to the coronavirus, but that has now fallen to just below 42 percent, according to FiveThirtyEight’s coronavirus approval tracker.”

While the pandemic has certainly hurt Biden’s support among Latinos as well, so has the economy.

This is via @FiveThirtyEight. Biden lost the most ground with Latinos. pic.twitter.com/WrwdAxDntc

Latino support for Biden on immigration is even lower, falling from 49 percent in late May to only 23 percent today.

“Hispanics are also frustrated with how Biden has dealt with immigration —long one of Biden’s weakest issues in the public’s eyes— and although it isn’t the most important issue for Hispanic voters, it is often a highly salient one,” Skelley writes.

The sinking approval ratings among independents and Latinos should worry President Biden and the Democrats in general, especially heading into next year’s midterm elections. Though support for Biden has fallen across the board, past election results have shown that white Americans reliably vote Republican while Black Americans reliably vote Democrat, leaving Latinos and independent voters as the deciding factor in almost every race.

How independents and Latinos vote —or whether they vote at all— usually spells the difference between a Republican victory and a Democratic one.