How Commercialization Over the Centuries Transformed the Day of the Dead 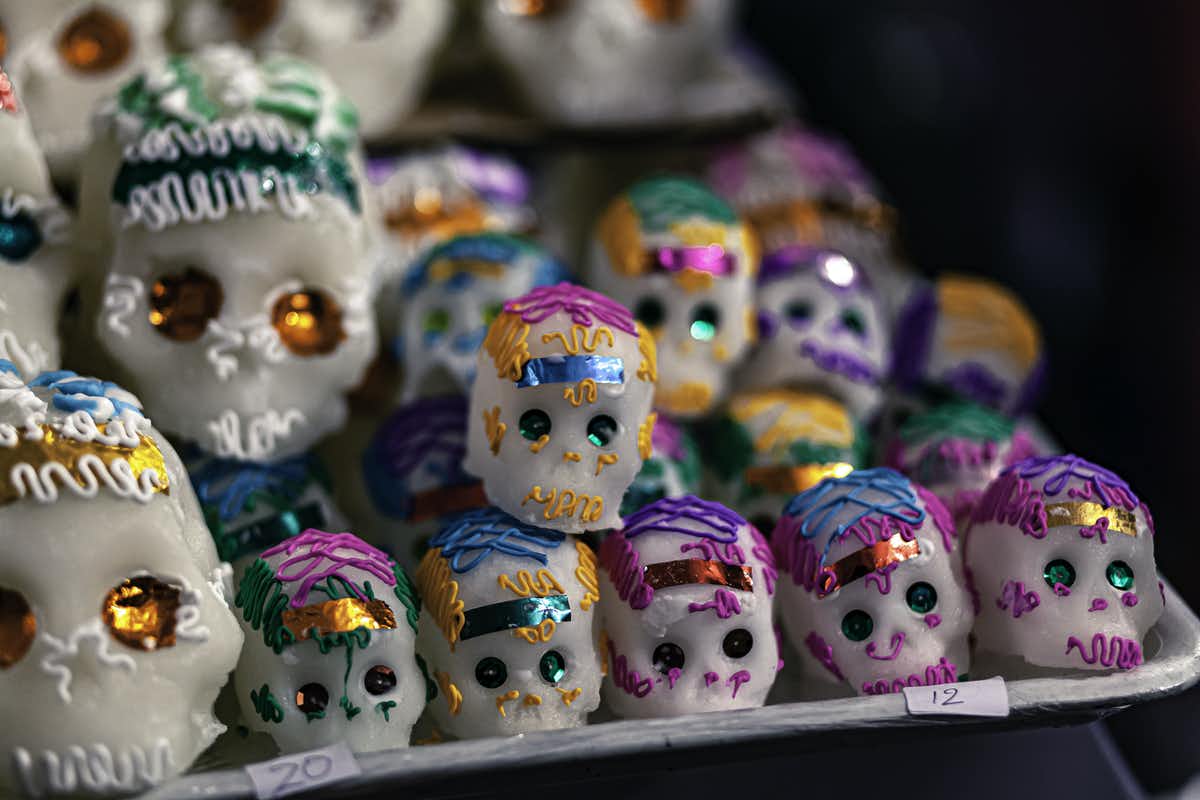 Mexican candy in the shape of sugar skulls being sold on the occasion of the Day of the Dead in Michoacán, in the western part of Mexico. (©fitopardo/Moment via Getty images)

As a Mexican-American who celebrates Día de los Muertos, or the Day of the Dead, at the end of October and beginning of November, I’ve noted an increasing concern the past several years that the holiday is becoming more commercialized.

The bottom line is that Día de los Muertos and its associated imagery, skulls and skeletons have become trendy and a prime opportunity for companies to make a profit.

But as a researcher of culture and performance, I know only too well that the truth is Day of the Dead has always been commodified.

The Roots of Commercialization

Day of the Dead is what anthropologist Hugo Nutini calls a syncretic holiday, meaning it’s a cultural product of two different religious traditions that hybridized during the European colonization of the Americas.

Day of the Dead brings together the annual feasts for the dead celebrated by pre-Hispanic Indigenous cultures such as the Aztec, Maya, Zapotec and Mixtec peoples. During Mexico’s 300-year-long colonial period, which started in 1521, these Indigenous rituals were merged with the Spanish Catholic holy days for the dead known as All Saints, celebrated on November 1, and All Souls on November 2.

Early Spanish chroniclers in Mesoamerica such as Diego Duran and
Bernardino Sahagún documented the Aztec feasts for the dead known as Miccailhuitontli and Huey Miccailhuitl. Duran wrote in the 1570s that he was astounded to see how lavishly the Aztecs spent on supplies for their offerings to the dead.

Sahagún noted the overwhelming bustle and financial activity that took place at the market in the capital city of Tenochtitlán, modern-day Mexico City, during the Aztec ritual feasts.

All manner of foods and goods were sold to citizens to celebrate the Aztec feasts of the dead. In this respect, there wasn’t much distinction between commercial and religious activity. The religious feasts supported the market and vice versa.

The Catholic religion also emphasized commercial activity in relation to All Saints and All Souls Day. According to 16th- and 17th-century Catholic belief, the majority of souls landed in purgatory after death, rather than heaven or hell. It was the responsibility of the living to help alleviate the suffering of souls in purgatory and assist them in getting to heaven. This could be done through prayer or by making offerings to the souls.

In Mexico, that meant Spanish colonizers and newly converted Indigenous Catholics were tasked with purchasing directly from the church candles and other religious items that could be used in offerings to those souls in purgatory. Additionally, they could pay their local priest to say special prayers for the souls during Día de los Muertos, a practice that remained in effect through the 20th century.

As Day of the Dead became a more popular and elaborate festival in Mexico, the associated commercial activity grew in size. According to anthropologist Claudio Lomnitz, in the 1700s Day of the Dead generated the largest annual market in Mexico City.

In fact, the plazas and streets were so overwhelmed during the holiday with vendors, carts, booths and makeshift markets that the local government deemed it a “public disorder.” Mexico City’s mayor and city council eventually had to control Day of the Dead’s economic frenzy by enacting laws and issuing vendor permits. In other words, the holiday had become so commodified in Mexico City that it required government regulation.

By and large the markets and vendors in Mexico sold items related to the holiday—food, candy, bread, alcohol, candles, toys and religious items. However, according to Lomnitz, by the 1800s, the Day of the Dead markets in Mexico City were also selling clothing, shoes, furniture, tools, home decor and many other things.

The swell of commercial activity on Day of the Dead also presented an opportunity for musicians, dancers and other entertainers to perform on the streets for money. In short, Day of the Dead in Mexico City and other urban areas carried both religious and economic significance.

Day of the Dead’s commercialization was also quite pronounced in rural Mexico. A number of anthropologists in Mexico and the U.S. writing about Day of the Dead in the early and mid-20th century make special note of the sizable holiday markets. They write that villages are transformed into commercial fairs where people gather from communities many miles away to buy and sell foods, goods and services during the festival.

The scholarship of anthropologists Stanley Brandes and Ruth Hellier-Tinoco has been influential for understanding how Mexico began “selling” Day of the Dead to the outside world in the mid-20th century. Mexico’s tourism industry started promoting the holiday to U.S. and European travelers as an “authentic” Mexican experience. 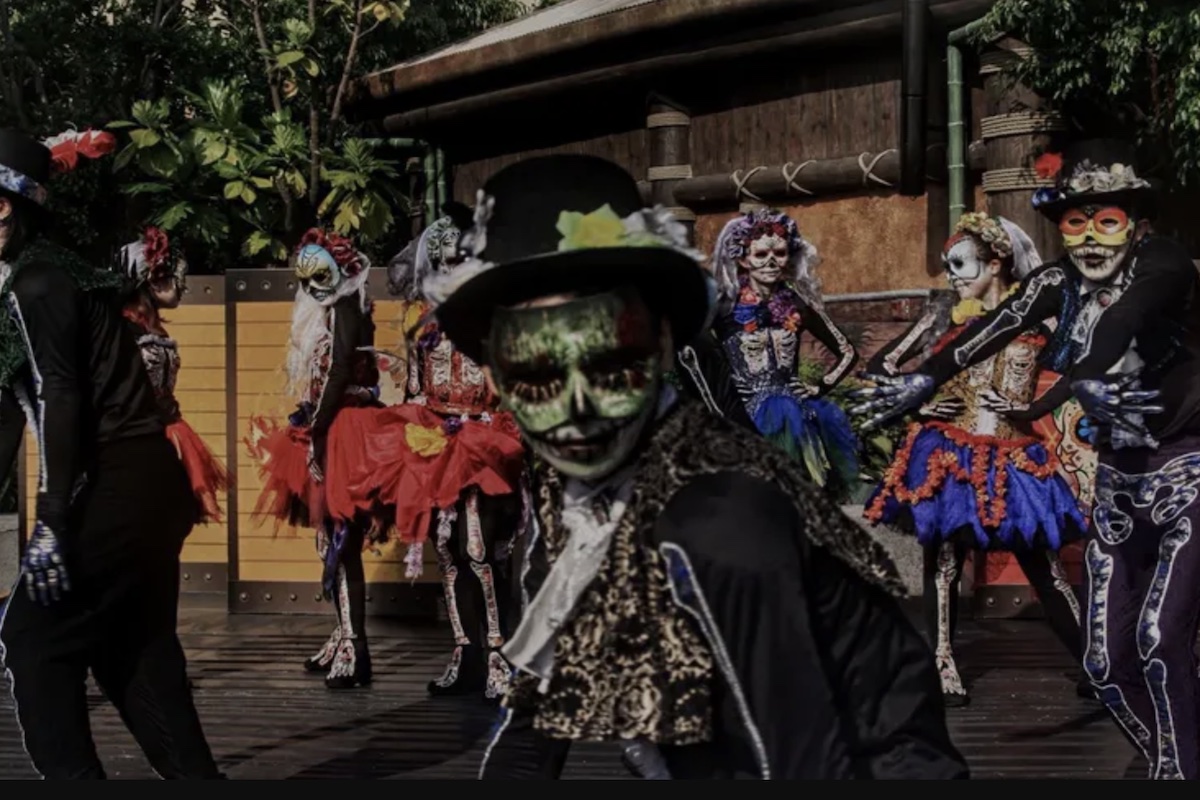 Hellier-Tinoco has shown how Mexico’s “selling” of the Day of the Dead on the rustic island of Janitzio in the state of Michoacán transformed the small community ceremony into a spectacle attended by more than 100,000 tourists a year.

Given all this evidence, there doesn’t appear to be an era when Day of the Dead wasn’t intimately tied to financial activities and profiteering. But the holiday’s commercialization has also ensured its survival.

In 2019, I talked to a grandmother building a Day of the Dead ofrenda, an altar with offerings for her family’s dearly departed that included candles, food, flowers, and festive decorations. For years she’d tried to get her grandchildren to help her erect the altar for their ancestors, to no avail. It wasn’t until they watched Disney’s “Coco” and saw sugar skulls at Target that they took interest in the holiday. Now they eagerly help their grandmother build the altar.

Commercialization is and has been transforming Day of the Dead. But, from what I’ve seen, it’s also giving a new generation a chance to be proud of their culture.