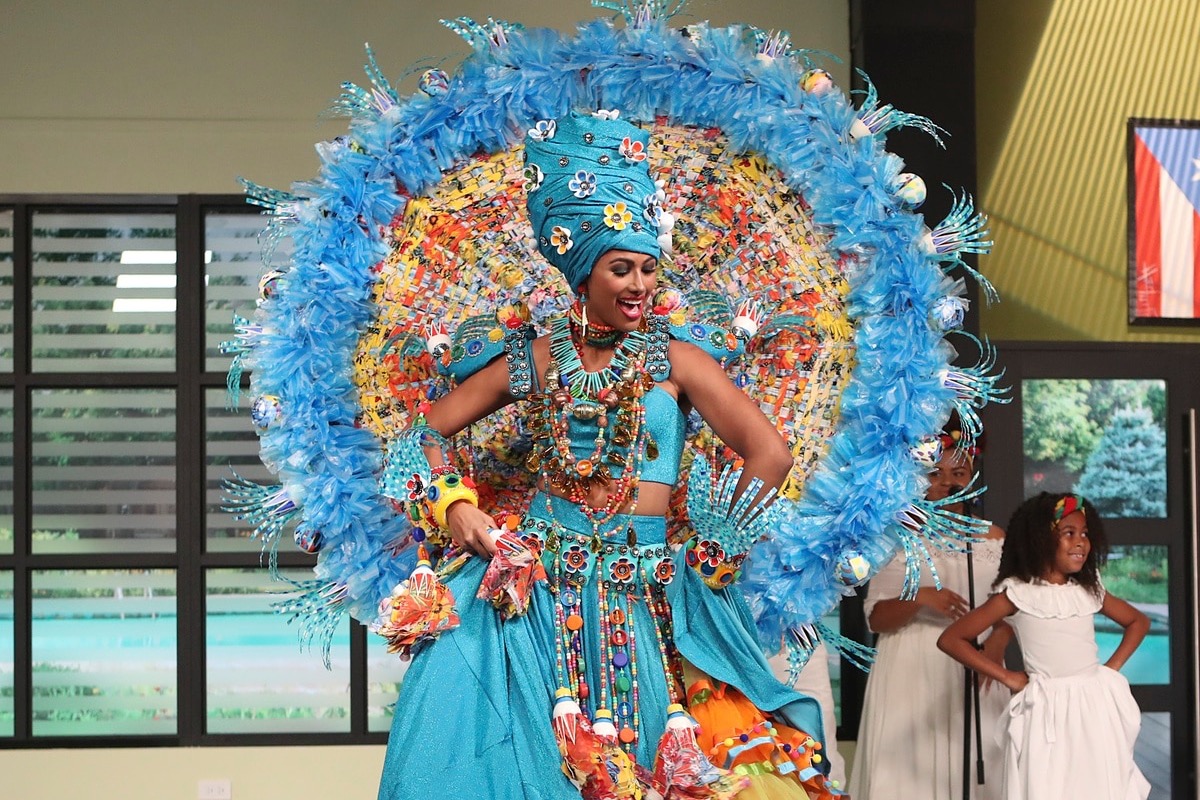 While politics might be jokingly considered Puerto Rico’s national sport, beauty pageants are a close second. Thousands of Boricuas tune in every year to watch televised pageants like Miss Universe and Miss World, and social media pages that provide information on smaller pageants also have healthy followings. Local boutiques and salons form teams to support delegates, acquiring media coverage and financial profits from their participation. Crowds gather at the airport to welcome Puerto Rico’s representatives, and parades might follow if they come close or actually win an international title.

Analyzing the history of pageants in Puerto Rico reveals their important role in the development of a cultural nationalist imaginary, the same that makes today, November 19, el Día de la Puertorriqueñidad, or “Puerto Ricanness” Day. The pageants’ representing Puerto Rican women as traditionally feminine and docile helped perpetuate support for the Estado Libre Asociado (Associated Free State, or ELA), the official name of Puerto Rico’s colonial status, as the archipelago would be unable to send delegates wearing a “Puerto Rico” band if it became a U.S. state. Just as participation in local elections can bring controversy to public discourse, however, beauty pageants’ focus on aesthetics triggers its own set of debates.

Pageants have long been polemic, with a low number of Black delegates placing or winning their competitions. Puerto Rico is part of the global tendency of deeming whiteness as aesthetically pleasing, with three blue-eyed queens out of five Miss Universes. Black Boricuas, however, only saw themselves represented in Miss Puerto Rico Universe starting in 2004. While she placed second runner-up in that year’s Miss Universe pageant in Ecuador, Alba Giselle Reyes Santos remembers her reign as one plagued by anti-Black bias and racism. Reflecting on her reign 11 years later, Reyes Santos noted that Puerto Rico has historically dissociated itself from its African heritage, and that people who looked like her did not fit into the “great Puerto Rican family” imaginary that was a key part of the ELA’s cultural nationalist initiatives in the mid-twentieth century.

Thinking more broadly and globally, feminists in Puerto Rico and across the world also criticize beauty pageants for placing too much emphasis on physical beauty and idealizing bodies that are not representative of most women. Still, others interpret pageants differently, seeing them as a means of making women’s empowerment more visible. Beauty pageants remain popular in Puerto Rico, and representatives often use the platform to raise awareness of the archipelago’s struggles.

After the reign of Diasporican Madison Anderson Berríos in 2019 triggered debates on race and belonging in the Miss Universe Puerto Rico pageant, 2021 witnessed the crowning of the second Black Miss Universe Puerto Rico. A favorite since the early stages of the competition, Michelle Marie Colón Ramírez won representing her hometown of Loíza, a historically Black municipality near San Juan. Ever since Colón Ramírez became a delegate, pageant aficionados highlighted her skin color as a trait that made her a strong contender for the title. The day after she was crowned, Colón Ramírez danced Bomba, a traditional dance with African roots, when she was featured in a morning newscast.

On Thursday, Michelle Marie Colón Ramírez made headlines yet again thanks to the presentation of her national costume. The garment was different from those in the last two decades, directly connecting to Colón Ramírez’s identity and pride as a Black woman. The costume includes a turban and a skirt resembling those traditionally used for Bomba dance. The garment was also designed by a team of Dominicans, underscoring both Michelle Marie’s own ancestry and the active role the Dominican community plays in Puerto Rican arts and fashion.

Participation in national costume competitions is perhaps the most visible example of how Puerto Rican beauty pageants reflect how Puerto Ricans see themselves and their culture. Cultural nationalist icons like the jíbaro have been represented several times, as have national symbols such as Puerto Rico’s maga flower. Other costumes have been controversial, such as Carla Tricoli Rodríguez’s in 2003, which was ridiculed for its resemblance to marijuana.

Costumes alluding to the Taíno people also appear every other year, including the garment worn by Black queen Alba Reyes in 2004 and Zuleyka Rivera Mendoza, who would go on to win Miss Universe in 2006. Indigenous peoples have been commodified in Miss Universe national costumes for years, including the notable instance of Shandi Finnessey, the blonde Miss USA 2004, who wore a garment alluding to Native American tribes in the international competition. Looking at Reyes and Rivera’s costumes, however, shows the potential ways emphases on indigeneity can serve to erase Blackness in a racially diverse society.

Increased awareness of Boricuas’ condition as both colonized and racialized others has been one of the most impactful results of Puerto Rico’s worsening debt crisis and the archipelago suffering the mismanagement of relief efforts following Hurricane María and a series of earthquakes. The generación del bombazo has made Bomba, a dance previously relegated to folkloric dance ensembles, a common feature in bars and protests. Feminist groups like the Colectiva Feminista en Construcción refer to Black feminism as an ideological anchor for their struggles in the street. A campaign organized by the Black feminist group Colectivo Ilé motivated Puerto Ricans to mark “Afro-descendant” as a race in the 2020 Census. Long-time Black lawyer and activist Ana Irma Rivera Lassén won a seat in the Puerto Rican Senate in 2020. Archipelago Puerto Ricans have become less likely to identify as white, and Black women are the main voices reframing conversations about struggles to belong in Puerto Rico.

Michelle Marie Colón Ramírez’s national costume epitomizes how discussions about race and racism are increasing Blackness’ footprint in Boricua understandings of beauty and puertorriqueñidad. Moreover, it alludes to environmental struggles that have been concerning Puerto Ricans for decades. Whether it is wanting to preserve playas pa’l pueblo, protect Tinglar sea turtles, combating the deposit of toxic ashes, or preventing the construction of a pool near coastal ecosystems, struggles for the protection of natural resources are an important manifestation of archipelago Puerto Ricans’ ongoing political actions to maintain control over their land. Turned into a deity whose energy in a batey (Puerto Rican dance floor) protects beaches from pollution, Michelle Marie Colón Ramírez’s reign personifies changing notions about Puerto Rican identity and political engagement.

Aura S. Jirau is a historian of political and social movements in the Americas. Her current book project analyzes mid-twentieth century campus activism in the University of Puerto Rico’s Río Piedras campus, its relationship to socioeconomic development, and how it impacted anti-colonial struggles in the archipelago. Twitter: @asjirau