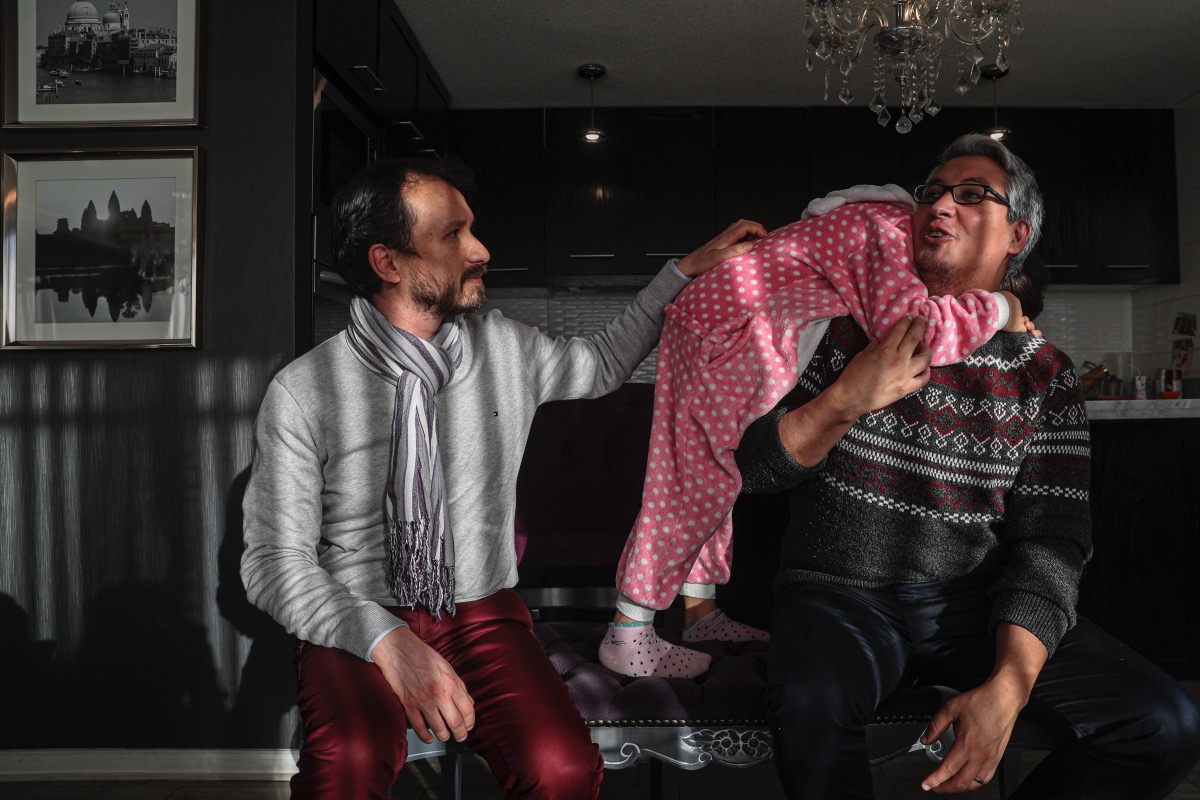 Yanay, 7, embraces her father, Rodrigo Gonzales, next to her legally-recognized father, Cristian Escalona, who had to undo his civil union with Gonzales in order to adopt their children as a single parent, at their home in Santiago, Chile, July 21, 2021. (AP Photo/Esteban Felix)

SANTIAGO, Chile (AP) — A measure to legalize marriage and adoption by same-sex couples was approved by the lower house of Chile’s Congress on Tuesday, moving it close to final adoption. It had already passed the Senate.

The bill, approved 101-30, now awaits only final modifications related to the rights of same-sex couples. President Sebastián Piñera has indicated he will publish it into law.

Conservative lawmakers in the South American nation staged a last-minute battle against the bill. “The role of matrimony is not to regulate a relationship, it is to protect the preservation of the species as a basic principle,” said congressman Diego Schalper.

But from the other side, lawmaker Pepe Auth said that “marriage is a civil contract. … This is a question of freedom, not of religion.”

As legislators debated at their chambers in the port city of Valparaiso, backers of the measure gathered in the capital, Santiaqo, and unfurled a gigantic rainbow flag of the LGBTQ movement.

Chile had accepted same-sex civil unions in 2015, but that measure did not include a provision for adoption. Some same-sex couples had annulled their civil unions and adopted children as single parents to get around that problem.

The marriage proposal had been stalled in the Senate for about four years until the conservative president surprised many by announcing he would push for the measure, saying, “I think the time has come for marriage equality in our country.”