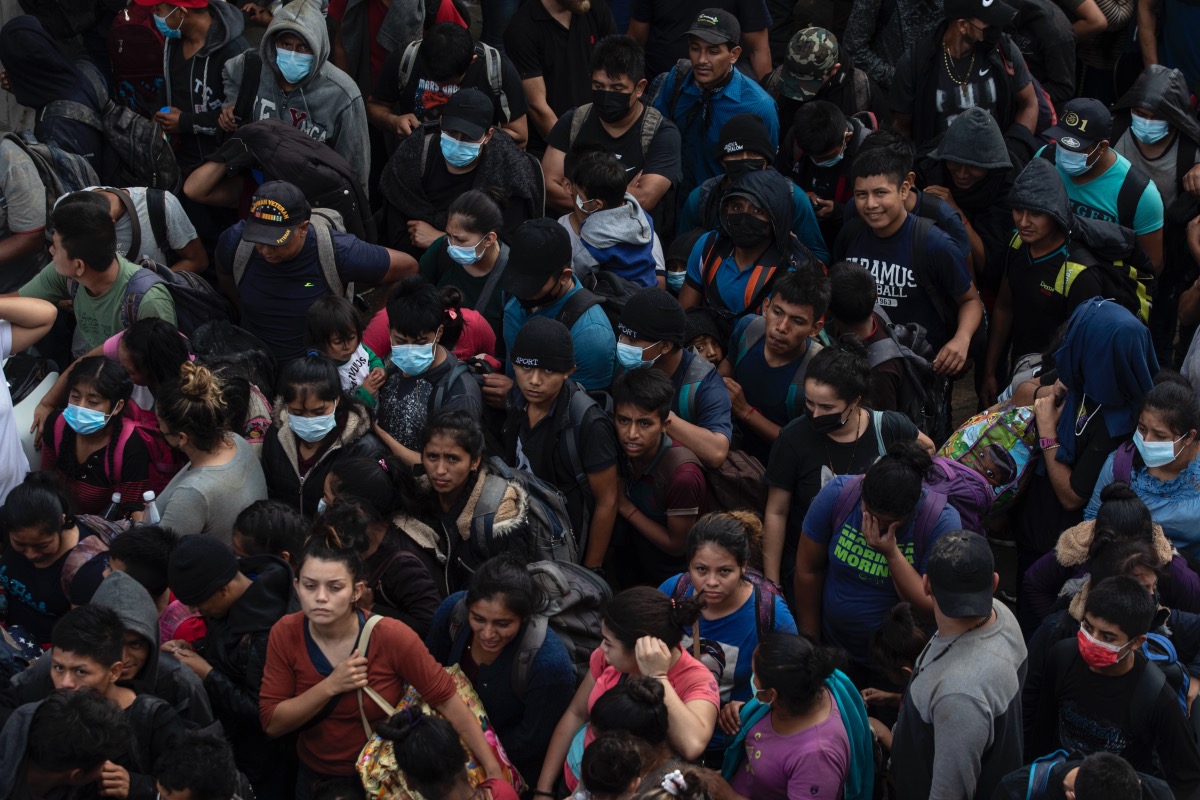 Migrants crowd into the patio at the Attorney Generals office after they were intercepted from inside cargo trailer trucks driving on the highway, in Coatzacoalcos, Veracruz state, Mexico, Friday, Nov. 19, 2021. (AP Photo/Felix Marquez)

MEXICO CITY (AP) — Mexican authorities say a group of hundreds of mainly Haitian and Central American migrants who had started walking north have agreed to be separated and taken by bus to several cities to apply for humanitarian visas.

The migrant march had set out on November 18 with about 2,000 migrants from the southern city of Tapachula.

Migrants have grown tired of the long delay in granting visas in Tapachula, near the Guatemala border, where many say they can’t find work.

Mexico’s National Immigration Institute said the migrants had agreed to stop their march Tuesday in the southern city of Mapastepec, near Tapachula. The institute distributed video showing many of them boarding buses to other cities in central and western Mexico.

An earlier migrant march that set out in October is now in southern Veracruz state, but it has dwindled to several hundreds migrants, down from a high point of some 4,000.

Mexican authorities had said the attempts to walk through southern Mexico put the health and safety of the migrants —many accompanied by children— at risk.

The Mexican government had relied on a strategy of containing migrants in the southernmost part of the country to alleviate pressure at the U.S. border.

But those states are the poorest and there is far more opportunity to find work in Mexico’s northern and western states.

Activists claim that even migrants who have received humanitarian visas that are supposed to allow them to travel in Mexico have been detained by immigration agents and sent back to Tapachula.

Migrant caravans began several years ago as a way for migrants who did not have the money to pay smugglers to take advantage of safety in numbers as they moved toward the U.S. border. However, more recently Guatemala and Mexico have become more aggressive in quickly breaking up the caravans with security forces.