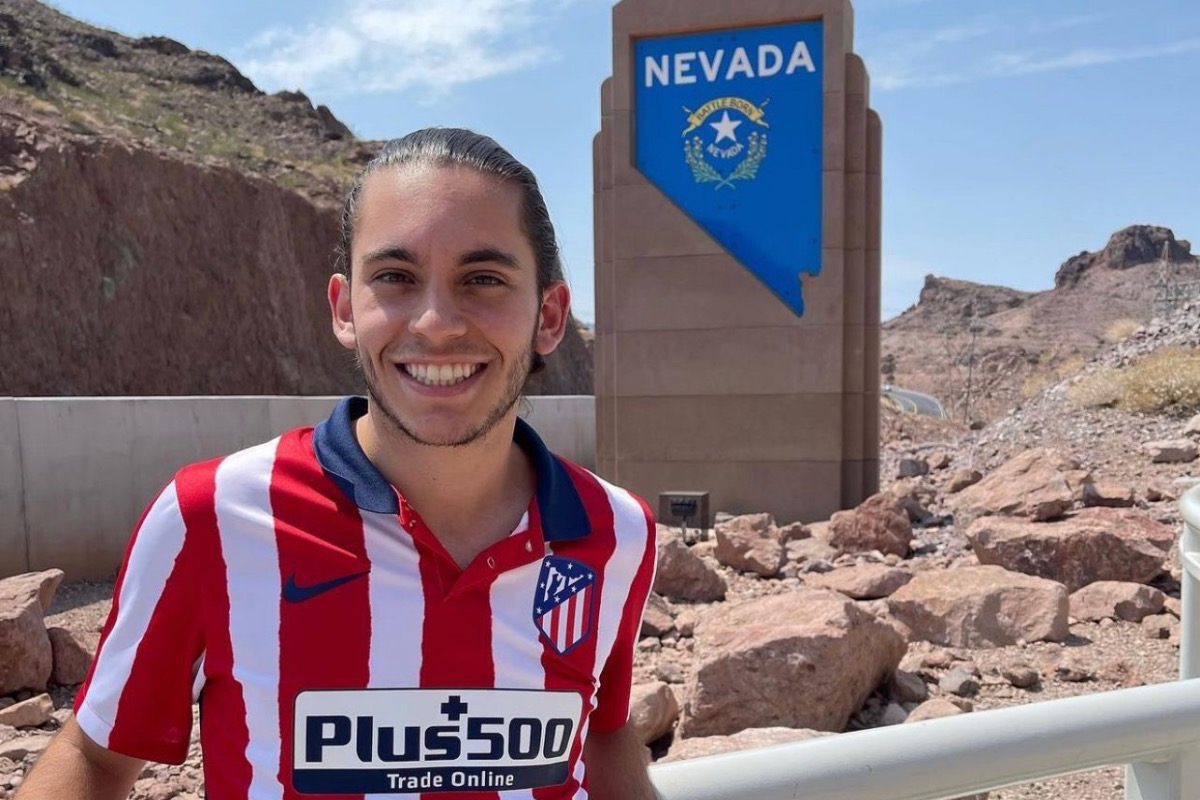 WASHINGTON, D.C. — Few members of Congress are on TikTok, but their staffers are. Hill aides tend to be much, much younger than their bosses.

In this sense, TikTok star Carlos Eduardo Espina, 22, is a man for his time. “I turn 23 next week,” said Espina by text from Las Vegas where he grew up an immigrant of mixed Latino heritage.

“My mom is from Mexico and my dad is from Uruguay,” explained Espina, who immigrated from Uruguay to College Station, Texas when he was five years old. “I grew up surrounded by other immigrants.”

In 1997, Espina’s mother was deported from the United States. “That’s why I was born in Uruguay,” said Espina. “I eventually got legal status through my dad.”

On TikTok, Espina, who now studies immigration law at the University of Nevada, Las Vegas, presents the news in Spanish-language monologues that have many of the same cadences and energy of a futbol play-by-play. “All my content is in Spanish and related to immigration issues here,” said Espina, who was teaching in-person citizenship classes to immigrants in April 2019 when he had an epiphany to teach the same classes, but on TikTok.

“I had zero followers,” recalled Espina, “yet that video blew up and got over 100,000 views in 2 days. Thanks to that one video, I got to over 10k followers on my first week on TikTok.”

When the COVID pandemic shut down much of the global economy the following year, Espina began to rely more on TikTok to continue his advocacy in the immigrant community remotely.

“It occurred to me [that] since I can’t leave my house, what if I start posting informative content for the immigrant community on Tiktok and see how it goes,” he said.

“Lots of undocumented people that follow me wanted to share their stories, so I am using my platform to amplify their voices,” said Espina, who now has just over two million followers on TikTok—and counting.

Over the Thanksgiving holiday, Espina launched #QueridoSenado/#DearSenate campaign, encouraging his followers to upload their immigrant stories for senators on Capitol Hill. Uploads tagged with #QueridoSenado have been viewed over four million times; #DearSenate, just under three million. Submissions show immigrants, mostly Latino and often at work, encouraging Senators to pass the immigrant relief provisions of the Build Back Better Act.

On November 19, President Biden’s mantlepiece social spending plan passed the House by a vote of 220 to 213, after being delayed overnight by an eight-hour speech by Minority Leader Kevin McCarthy (R-CA), who disparaged immigrants throughout.

“I grew up surrounded by undocumented friends and community members, so I understood the situation since I was young,” said Espina, who credits a video by another immigrant TikTok user, Gabriel Valladolid, who posted from his worksite before Thanksgiving asking senators to pass the immigrant parole protections sent up from the House.

Valladolid, Espina, and hundreds of other immigrants in the United States continue to use the hashtags to press the Senate, where no Republicans are likely to vote for the budget bill. Democratic senators on TikTok include Bernie Sanders (VT), Ed Markey (MA), Bob Casey (PA), and Jon Ossoff (GA).

“Ese es un video dirigido a mi querido senado,” said Valladolid in Spanish during a recent worksite video uploaded to TikTok. “This is a video dedicated to my beloved Senate, so that this Christmas we can finally receive the long-yearned-for gift of being able to visit our families, to have protection from deportations, and permission to work.”