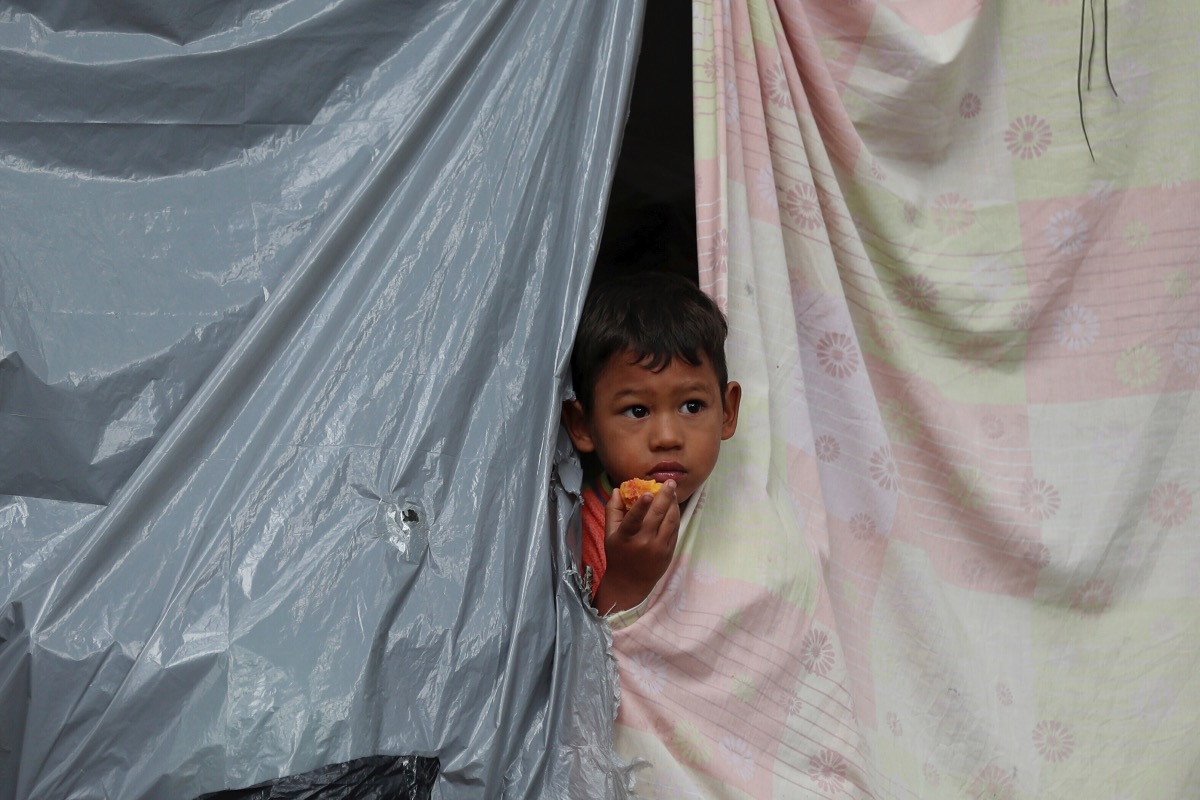 The child of a jobless, and homeless Venezuelan migrant peers from a tent at an encampment set up by migrants in a park near the main bus terminal in Bogota, Colombia. The United Nations High Commissioner for Refugees and the International Organization for Migration announced in December 2021 that $1.79 billion dollars were needed to help Venezuelan migrants in 2022. (AP Photo/Fernando Vergara)

MEXICO CITY (AP) — Mexico said Thursday it will begin requiring travel visas for Venezuelans starting January 21, after a surge in the number of migrants trying to reach the U.S. border.

In publishing the new rules, the Interior Ministry said the decision was based on a tenfold increase in the number of Venezuelan citizens arriving in Mexico in recent years seeking to travel “in an irregular manner to a third country,” a clear reference to the United States.

On December 11, Mexico suspended a 17-year-old program that had allowed Brazilian citizens to enter without a visa. The move came after Mexico detected an uptick in Brazilian migrants traveling to Mexico with the intention of reaching the United States.

Migrants, mainly from Central America, Haiti, and Cuba, often cross Mexico in hopes of reaching the U.S. border. Mexico has largely been aiding the U.S. government in trying to reduce the flow.

One response to “Mexico Requires Visas for Venezuelans in Migrant Crackdown”