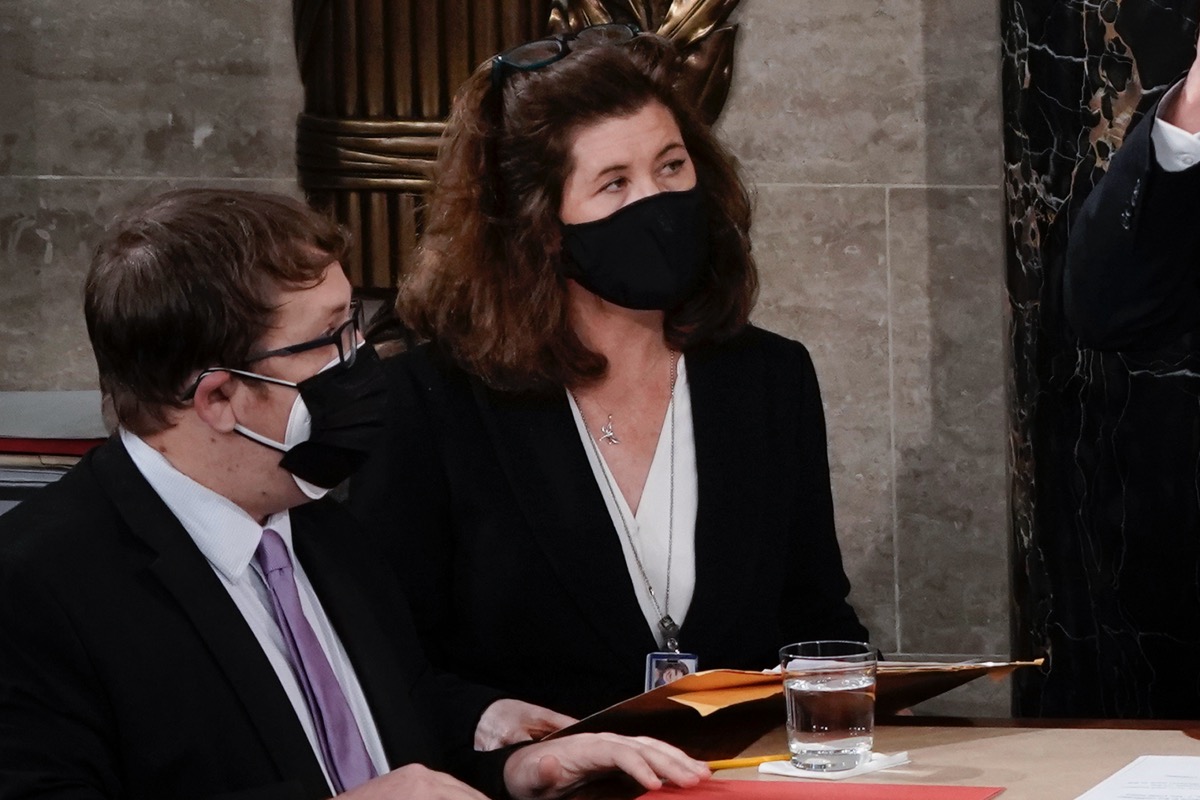 WASHINGTON, D.C. — Latino Rebels has obtained more of Senate Parliamentarian Elizabeth MacDonough’s employment records from her time as an immigration prosecutor for the Department of Justice in the late 1990s.

MacDonough has undermined immigrant relief efforts by Senate Democrats three times in the last few months by advising against including relief provisions in the Build Back Better Act, legislation that the majority hopes to pass through an obscure process called budget reconciliation in which the Parliamentarian plays an outsized role as referee.

MacDonough’s employment records obtained by Latino Rebels from the U.S. Office of Personnel Management show that after graduating from Vermont Law School, MacDonough worked at not one but two immigrant detention centers for Immigration and Naturalization Services (INS), the agency that once managed the federal deportation workload now tasked to U.S. Immigration and Customs Enforcement (ICE).

According to the records, MacDonough worked for INS from March 1998 until June 1999, when she left to join the Office of the Senate Parliamentarian, where she has worked ever since. The late former Sen. Harry Reid (D-NV), who was the majority leader at the time, promoted MacDonough to Chief Parliamentarian in 2012.

“Prosecutors are the most important person in the courtroom,” said Sophia Gurulé, an immigration attorney who has worked in the detention facilities where MacDonough once prosecuted immigrants.

“They have the most power to dictate what happens to a person placed in removal proceedings,” said Gurulé.

She prosecuted deportations. She was basically my opponent in court as a deportation defense attorney representing detained and non-detained people in their deportation cases. She reviewed cases and her standard litigation position was to convince the court to deport people.

MacDonough began her career on Capitol Hill in 1990 as legislative reference assistant in the Senate Library and later as assistant morning business editor to the Congressional Record, the official record of proceedings and debates in Congress.

Immigrant rights advocates nationwide have protested MacDonough’s outsized influence on immigration reform in the Senate given what they say is a clear conflict of interest.

“We are here asking for our Senate leadership and the VP and all the folks that can do it to ignore the Parliamentarian and re-introduce a pathway to citizenship in the Build Back Better Act,” said María José Vides, a policy advocate with the Coalition for Humane Immigrant Rights (CHIRLA), in an interview with Latino Rebels on December 14, just days before MacDonough advised against including a proposal for immigrant parole in the bill.

“As someone who has worked to deport people, [MacDonough] cannot be trusted to rule objectively on immigration issues,” the Refugee and Immigrant Center for Education and Legal Services (RAICES) said in a statement.

“I am concerned that Ms. MacDonough let her personal or political views on immigration improperly affect her assessment of the budget impact of these proposals,” said Amy Maldonado, a veteran immigration attorney in Michigan with decades of experience in pro-bono deportation defense who assisted Latino Rebels with the FOIA request. (Maldonado is also a Latino Rebels contributor.)

“Something’s going on there,” said Rep. Alexandria Ocasio-Cortez (D-NY) of the Parliamentarian’s past work as an immigration attorney to a crowd of supporters gathered outside the Capitol in September.

“I’m not going to let the damn parliamentarian tell me how to do my job,” she said.