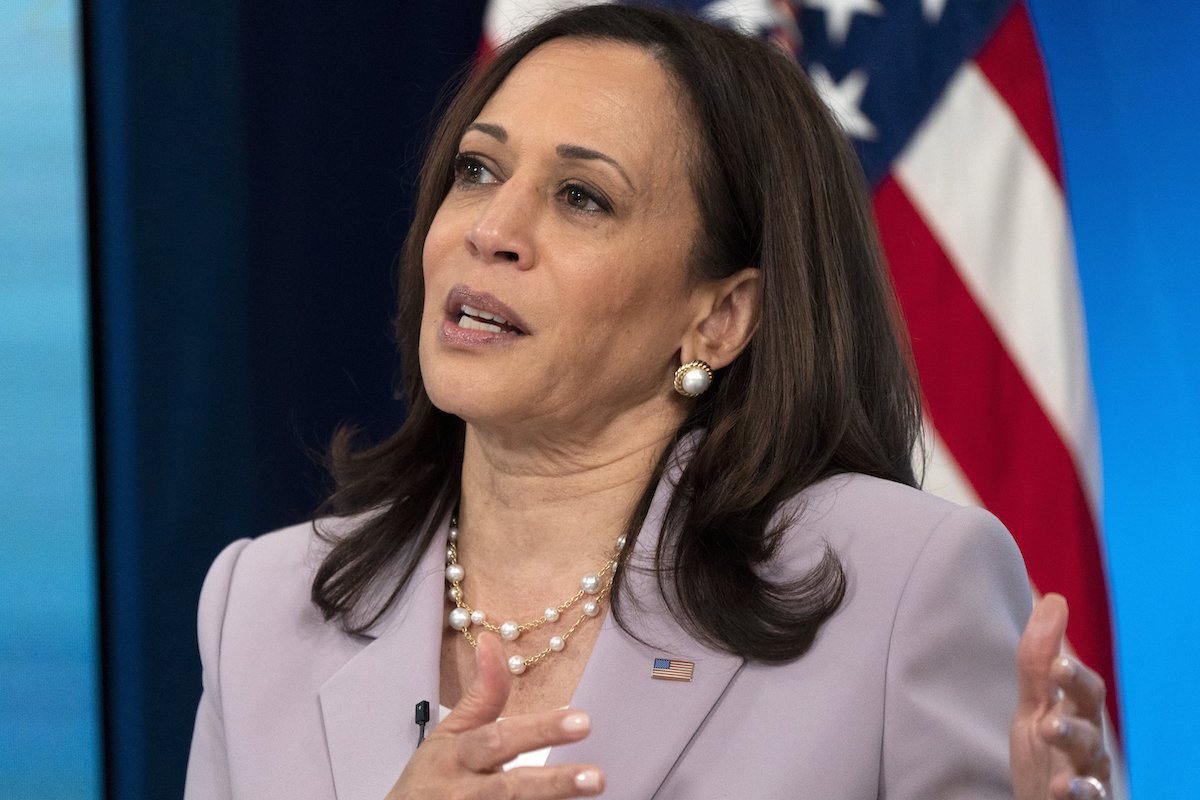 In November 2010, Simmons was watching an MSNBC interview with a Latina activist and a Latino law student, both undocumented, and then took to Twitter to ask why they weren’t being detained by ICE.

“Just saw 2 undocumented folks talking on MSNBC. One Law student the other a protester. Can someone explain why ICE is not picking them up?” he tweeted.

“I accepted the apology,” tweeted Andiola. “Jamal committed to be an ally in his role. He acknowledged that the tweet was hurtful in the way it was written & explained that his intention was not to call for ICE to pick us up, but to understand the legality of how undocu folks were on TV without possible legal consequences.”

Some of you have been following the conversation about the tweet that @JamalSimmons, the new Comms Director for the VP Harris, posted in 2010. In case you didn't know, I was one of the people who he is referring to. He just called me this morning to apologize and explain. 🧵👇🏾

Andiola and undocumented attorney César Vargas were the immigrants in the MSNBC segment that Simmons’ tweets were referring to.

“I was just on stage with [Simmons] in DC last month talking about Dreamers, DACA and we how we MUST support immigrants,” tweeted Vargas when the controversy broke. “I promise you he never called ICE. He’s a solid ally, and he’s a friend. Don’t get sucked in by the right-wing outrage machine.”

Simmons later tweeted to clarify his position on undocumented people.

“For the record, I’ve never advocated for, nor believed that Dreamers should be targeted by ICE agents,” tweeted Simmons. “Frankly, it’s depressing ppl can forget about every other thing I’ve said in public on this bc of bad tweets.”

For the record, I've never advocated for, nor believed that Dreamers should be targeted by ICE agents. I've been for DACA + comprehensive immigration reform for years. Frankly, it's depressing ppl can forget about every other thing I've said in public on this bc of bad tweets.

In a separate tweet, Simmons added that his remarks as a pundit sometimes “missed the mark.”

Others were not so quick to accept Simmons’ apology.

“As someone whose job is as a ‘communicator’ Jamal knows this is not an apology?” asked a senior administration official in an immigration chat. “Does he still believe in what he said? He does not address that. That’s troublesome.”

A White House official who spoke on the condition of anonymity last week said they didn’t believe Simmons would be dismissed over his comments about immigrants.

Asked Tuesday morning for an update, the official said the donation to Sen. Paul was unlikely to play a factor in Simmons’ employability at the White House.

“We were aware of the donation,” said the official. “[Simmons] has a long history of support for Democratic candidates, including the Vice President’s campaigns for Senate. It’s time to move on so Jamal can do his job.”