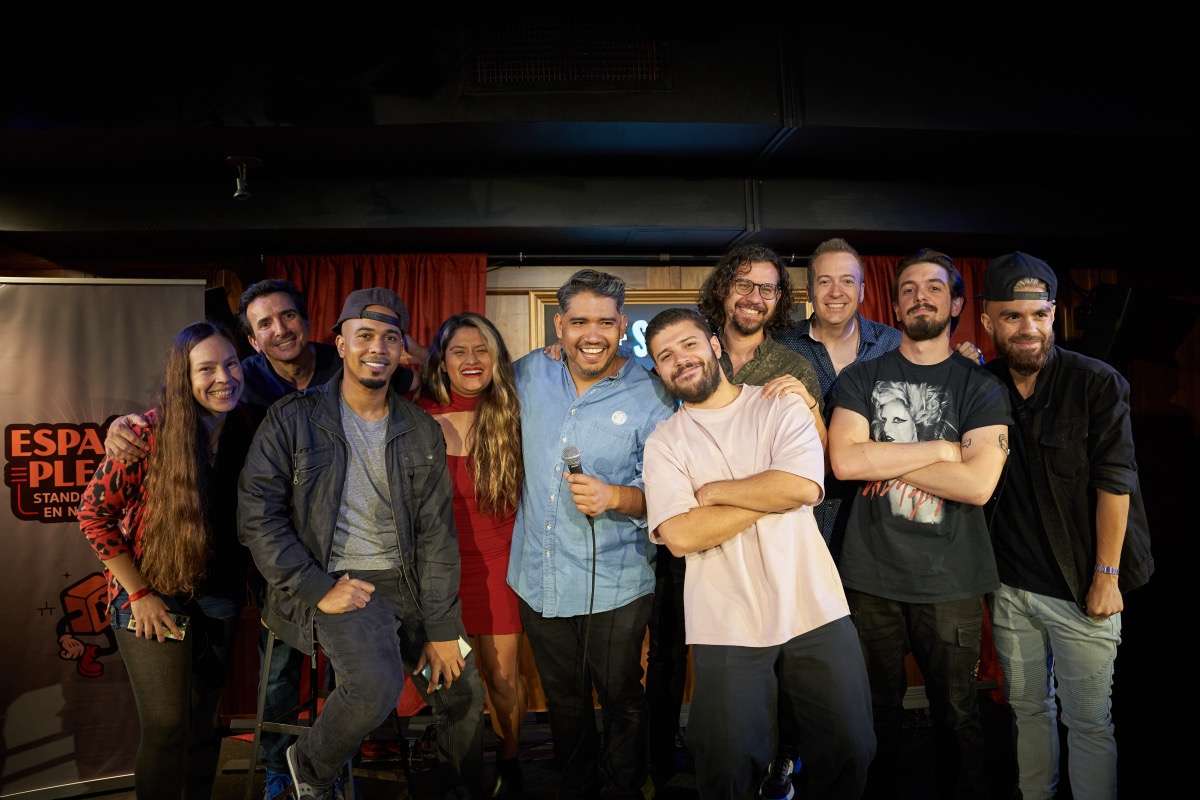 NEW YORK — Angelo Colina took to the stage knowing he needed a joke that would make his Spanish-speaking audience laugh at the pandemic and at themselves—a tall order for any comedian in these trying times.

“I thought that I had COVID because I couldn’t taste anything,” Colina said in Spanish. “Then I realized I was eating a Colombian arepa.”

The audience, many of them first- or second-generation immigrants from Central and South America or the Caribbean, erupted in laughter at the familiar jab about Colombia’s supposedly less flavorful cuisine.

Colina, a Venezuelan, is one of the founders of Español Please, a New York comedy circuit that relies on Spanish humor —rather than “American” jokes told in Spanish— and is showcased on mainstream comedy stages that traditionally host English-language comics.

“We want to do this in the traditional comedy clubs, not in a Venezuelan or Colombian restaurant,” Colina tells Latino Rebels. “There’s nothing wrong with presenting there, but we’re trying to connect with all the Latin American audience and we feel like the best way to do it is to do it in a place to which we are all equally foreign.”

The monthly shows staged around the city by Español Please have the specific challenge of presenting humor that appeals across many different cultures and colors of the Spanish-speaking diaspora. For example, a joke about popcorn has to account for a Latino audience with up to 20 different words for that one food item.

“We don’t want to do just another event that will get people because we speak Spanish,” says Andrés Sereno, a Venezuelan co-founder of the project. “We want to do something cool where we can show that being Latino, being an immigrant, is something good, something that we’re bringing to the table.”

Sereno has been doing comedy in the city for five years and always noticed the lack of space for Spanish comedy. All the comedians he knew who spoke Spanish were mostly doing their comedy in English while performing at little shows for their compatriots here and there.

When he was asked to open for a Venezuelan comedian who was touring in the U.S., he realized he didn’t have a set in Spanish. That’s when he decided to try doing his show in his native language.

In 2018 he met Chano García, a Mexican comedian doing Spanish-language comedy workshops and shows with El Barrio Comedy. García was also part of the only other Spanish show that has been presented at the New York Comedy Festival—Español Please was the second in the festival’s more than 15-year run, with two dates: one in Spanish for Español Please on November 11, and one in English for Press 1 on November 13, where the Latino comedians performed their sets in English.

Together they started to organize some regular shows, but they faced two problems. First, not many people knew about what they were doing—Sereno recalls that their first show, which was free, only had 20 people in the audience. And second, they didn’t have space in the regular comedy clubs and were relegated to Latin spaces, like restaurants. 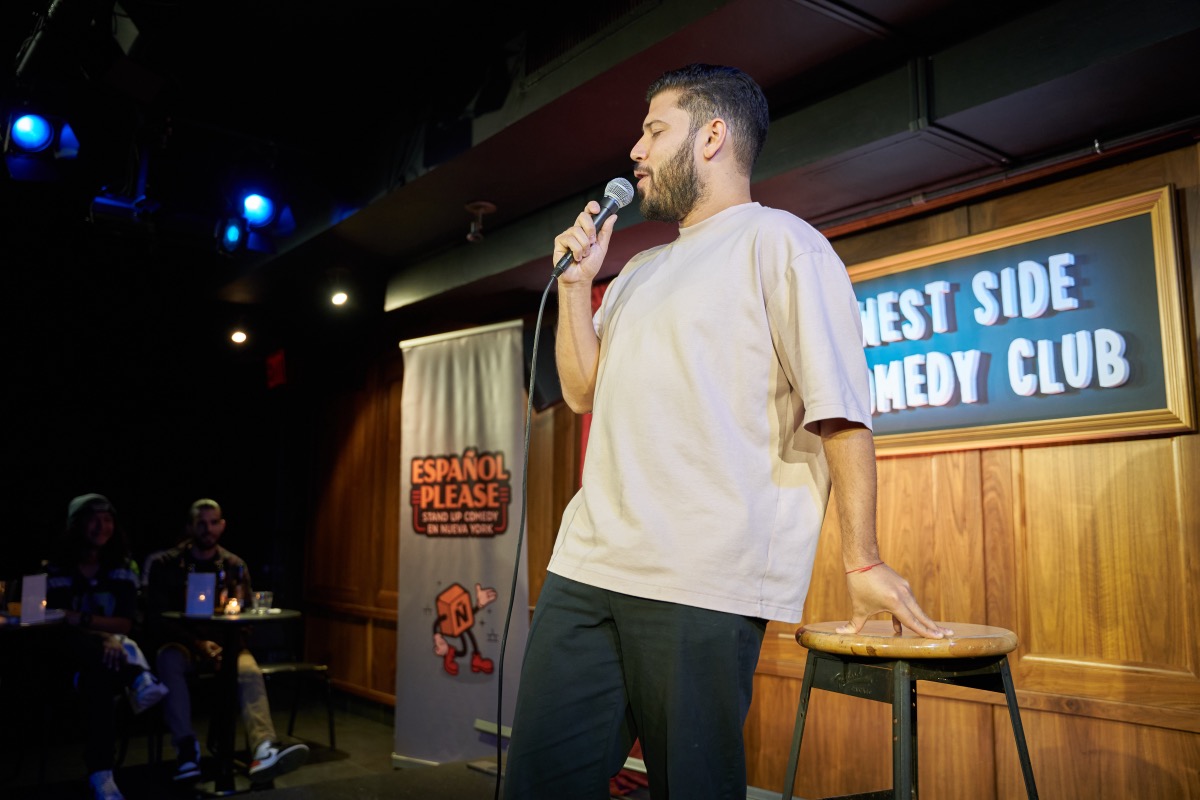 Sereno was already working at the Broadway Comedy Club where management told him they were going to give him a chance to produce a show in Spanish. “They saw that there’s an audience there,” he says.

According to the 2019 Census, at least 3.6 million households in the New York metropolitan area speak Spanish.

The idea was out there and ready to take over. But then the pandemic hit, forcing comedy clubs to close for a year, including the ones where Sereno and the others performed.

In April 2021, when clubs began opening at 33 percent capacity, the Latino comedians seized the opportunity. Sereno talked with Angelo Colina, another Venezuelan comedian, and they put together their first lineup. The first show, which was only promoted through their personal social media channels, was a success. Colina and Sereno then developed the idea of Español Please and continued doing shows. The third, fourth, and fifth shows were sold out.

The idea was taking hold.

At that point, they moved from the smaller Greenwich Comedy Club to the bigger Westside Comedy Club. On the first night, they performed before a packed house—100 people in the audience.

Perhaps no place has more language diversity in the world than New York City, and that extends to its Spanish speakers. “There is a lot of interdialectal contact between the Spanish speakers in N.Y.C.,” says CUNY professor José del Valle, who holds a Ph.D. in Hispanic linguistics. “Spaniards, Venezuelans, Peruvians, Argentines, Mexicans… We feel that we speak the same language, although, at the time of interaction, we sometimes don’t understand each other. There are a whole series of areas of instability.”

Fabrizio Copano, a Chilean comedian who lives in Los Angeles, knows this well. When he started traveling for work from Chile to Colombia, Argentina, and México, he was writing down the new words he learned and the things that each new audience didn’t get.

“t was a transition,” he says, “molding the work and the forms to something very universal, even though I don’t believe in a neutral Spanish. I now know that I can say a very local word, but then I immediately have to explain it and say, ‘Oh, this is how we say it in Chile.'”

But even now he says he still practices punchlines with friends from other countries. “They may not have experienced the story that I’m telling, but they can relate to the general feeling. So you have to go to them and ask them if that joke works. That’s part of the job for me.” 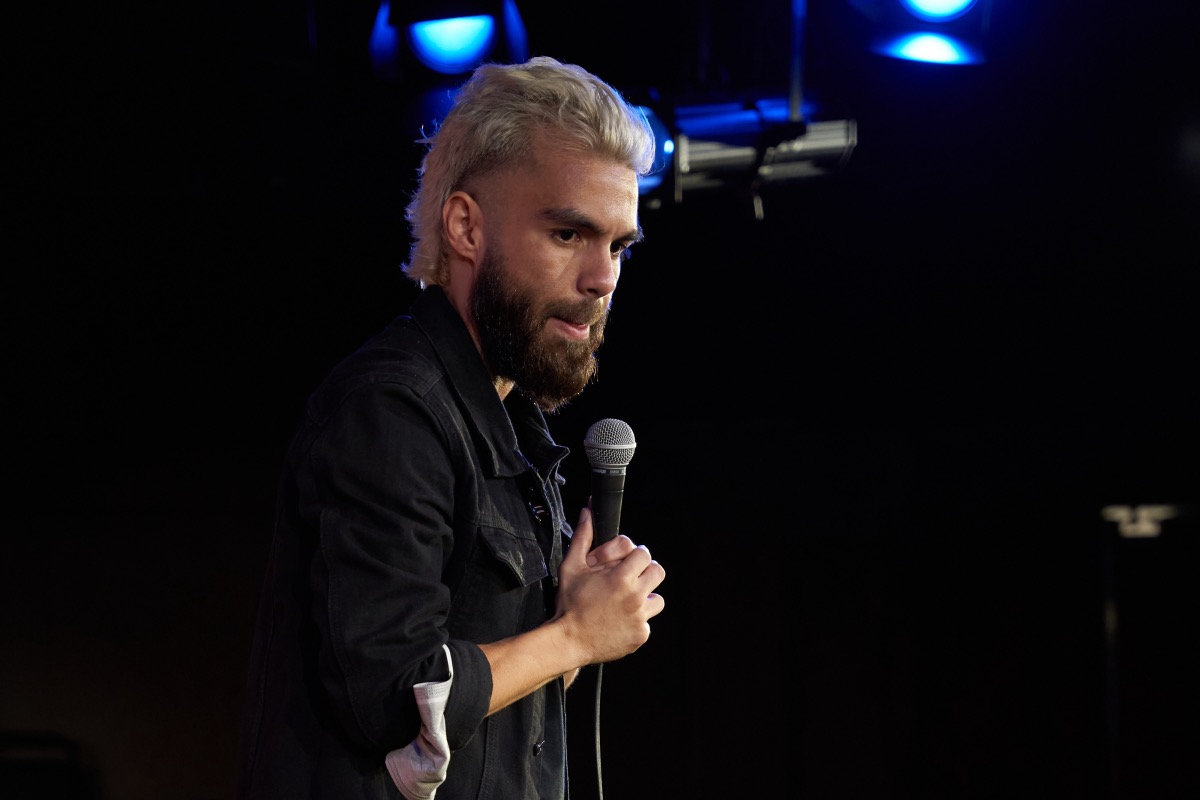 Something similar happens to Rojo Perez, a Puerto Rican comedian who moved to New York in 2008 and has performed in English for almost all of his career, working with the likes of Jimmy Fallon and at HBO. As with Sereno, he too found it really hard to get a spot speaking Spanish in the city. Now he is a regular at Español Please.

“Changing the way you speak is not the idea, because that’s part of the fun,” he says. “That a Spaniard can do her set and make everyone laugh and then I can do the same with my set using Puerto Rican slang, for example.”

He agrees with Copano: sometimes the language difference is the joke.

Carmen Lynch, who spent part of her childhood in Spain, also knows this well. “Sometimes I don’t know how to say something (to the Latino audience), so I just ask. But on some occasions, people have told me three different words when I ask for a translation—and I can use that to make a joke.”

Lynch, who has worked at The Tonight Show with Jimmy Fallon, the Late Show with Stephen Colbert, and other English-language comedians, has been working on her Spanish-language sets for three years. Although she mentions how difficult it is to get to the Spanish-speaking audience, she is optimistic.

“We are a small group of comedians that do shows in Spanish, and we help each other. We go to each other shows and follow ourselves on social media,” she says. “And the amount of people who wants to go to our shows is increasing.”

A New Day for Spanish-Language Comedy

Why is this moment different? Well, for one, the internet.

Shows and movies from Spanish-speaking countries are now more readily available—Lynch says that she is constantly monitoring new comedy specials in Spanish to know what is happening in Latin America. Reggaetón also plays a role in making Spanish a more familiar language. Prof. Del Valle explains that these things play a big part in debunking the “three-generation rule,” which states that the third generation of immigrant communities is typically monolingual in the language of the new country.

Now, thanks to the cultural products and how easy it is to maintain contact with the country of origin, that’s not so true. “These forms of cultural production affect the way we speak and vice versa,” the professor explains. 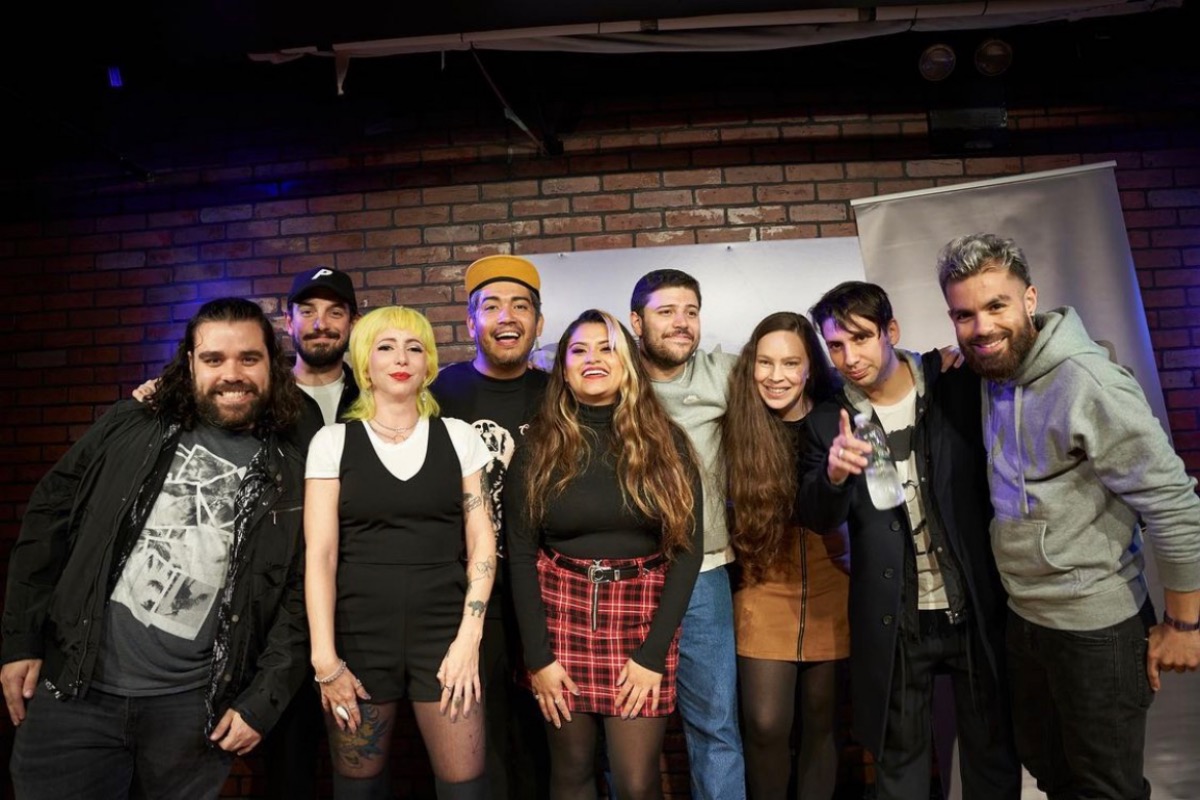 Sereno says that after Español Please started presenting in clubs typically reserved for American comedians, other Spanish-speaking comedians reached out to him asking for contacts.

“I didn’t gatekeep it—I shared it with them,” he says. “Every day more and more space is opening for us and more clubs are seeing that the Spanish comedy is good and people go to the shows, spend money, and sometimes they even come back to the English shows, because many are bilingual but never went to a stand-up show before because they feared that they wouldn’t relate to the jokes.”

“We are trying to make space for new people, have new comedians every show, and exalt being Latinos in the city.”

Colina agrees, adding: “We want to do something like El Rojo said—be like reggaetón, where everybody is welcome, it doesn’t matter where you come from.”

Mariel Lozada is a multimedia journalist based in New York. She is currently pursuing a master’s degree in social journalist at the City University of New York (CUNY). Twitter: @marielozadab