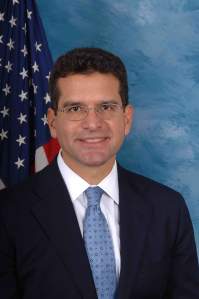 Word out of Puerto Rico is that the local media is now starting to report and get comments from the players involved in a bizarre Facebook incident that had the office of Puerto Rican Resident Commissioner Pedro Peirluisi—a non-voting member of the US House of Representatives—block and censor LatinoRebels.com founder Julio Ricardo Varela, an active Puerto Rican blogger.

Varela blogged about this incident over the weekend on his own personal blog JulioRVarela.com, one of the top Puerto Rican issues and politics sites in the world. In that blog, Varela shared an audio recording of a phone conversation he had with Pierluisi’s office, where the spokesperson admits that they did indeed censor Varela from the Resident Commissioner’s public and official Facebook page, but they do not have any evidence as to why he has censored. The blocking period occurred during the time when President Obama was visiting Puerto Rico. Varela found out he was blocked from the site when he wanted to post a video link that showed Puerto Rican Independentista supporters burning a US Flag. That video has now over 60,000 views and over 500 comments, mostly controversial ones that generally insult those “spic Puerto Ricans living on welfare.”

In addition, two of the top bloggers in Puerto Rico, Raúl Colón of RaulColon.net and Michael Castro of Poder5, have both written blogs criticizing the Resident Commissioner’s social media ban. Colón also let his fellow Rebels know that the Puerto Rican press is now asking him questions about this incident, as well as taking with others involved. The press has yet to contact Varela.