Our Coverage of #OccupyBoston: The Calm Before the Storm?

We visited #OccupyBoston today in Boston's Financial District. The tent city is located in Dewey Square, right across the street from the Boston branch of the United States Federal Reserve and South Station, one of the city's busiest train stations. 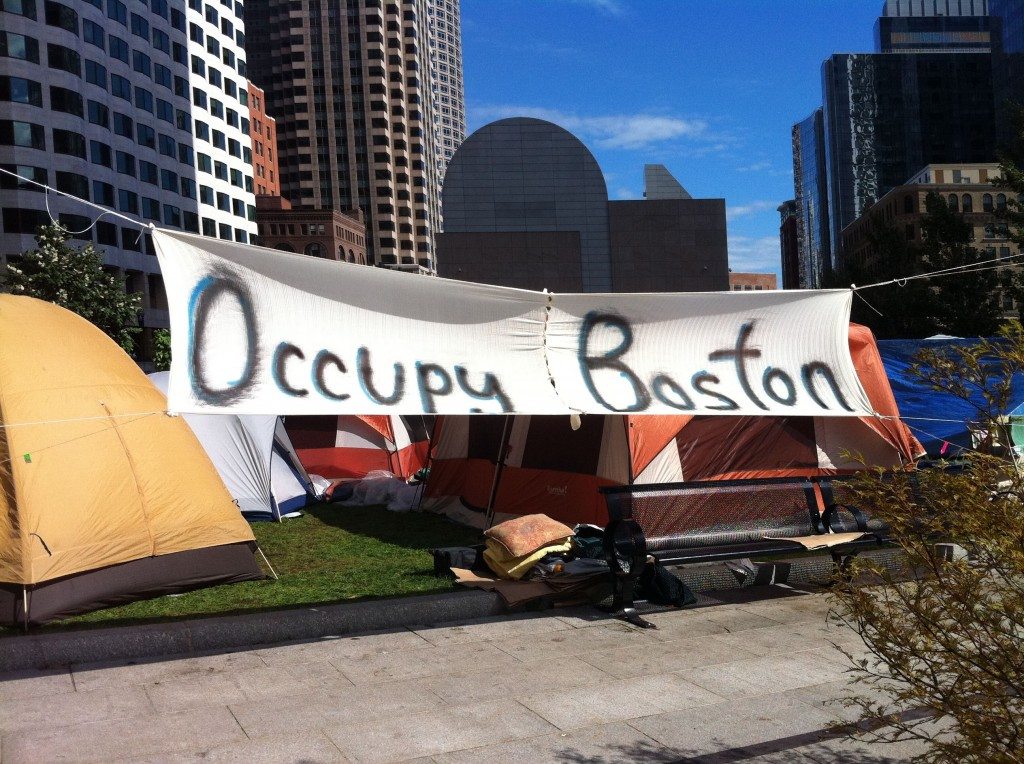 The mood was peaceful, quiet, and respectful. There were about 75-100 people there and we caught the a meeting of the general assembly, where they discussed outreach, promotion, medic issues, and photography guidelines. In the end, the assesmbly realized that since Dewey Square is a public space, people could not prohibit photgraphy or videos, but it would be common courtesy if people would ask others for permission to be photographed or filmed.

Police presence was light, with only 5-7 uniformed police, one Boston PD van and one patrol car parked in the square. Reporters from the Boston Herald and New England Cable News were there, and once in a while you heard a honk from a car riding down Atlantic Avenue in support.

The protesters were mostly young and failry organized, with tents designated for food, legal, media, and direct action. A few of the protesters were older and wore union shirts, and there were some curious onlookers taking pictures. The lunch crowd watched disinterested yet still intrigued by the site.

We met a few of the protesters today. Here is a video from Dave.

We also spoke with one young man who summed up his reasons for being there.

#OccupyBoston is a definite contrast to what has been happening in Wall Street, but it is clear that the movement is new, yet the tone was very peaceful and welcoming. The jury is still out as to whether the movement will still grow, but it does appear that it will be here for a while.