Our Readers Respond to Latino Self-Hate

We asked a very simple question to our Facebook and Twitter followers today, after we came across some accounts on Twitter of Latino profiles that questioned our positions on immigration (we believe that this country HAS to have a more humane and economically real policy that keeps our borders secure but makes the path to citizenship more manageable). The question we posed: why are a small minority of Latinos self-haters? That is, why are they programmed to reject their background and culture in the name of mainstream acceptance? 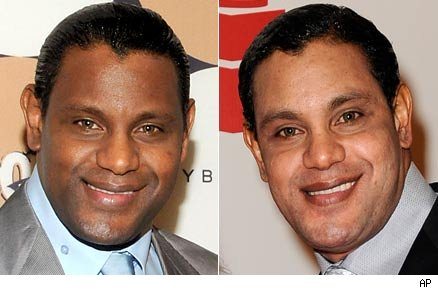 While we have our own opinions, we will let our readers provide their very though-provoking answers:

there are a percentage of every ethnic group which can be called self haters. What about all the Latinos who really think they are Europeans (sangre Espanas)

they're posers, maybe they want someone to convince them it's ok to be LATINO, or maybe they're just stoopod. go figure

Self haters? Sorry I could interpreter that in many ways. Like hate on themselves or other Latino cultures.

they forgot where they came from, and they don't recognize the struggles of the Latin Community, nor do they recognize how far we've come, they are embarrassed and believe what the powers tell them

Like Mexican-Americans that call ppl wetbacks? That drives me nuts…. I think being a citizen gives some a superiority complex

I went through it as an immigrant at the age of nine. In my experience, it had to do with wanting to fit in and assimilate to a new environment. We moved to Miami in the early 80's from Colombia. I don't think I have to explain the weight/consequences/kids being kids that came with that.

Yes i agree. It's pathetic & sad to be honest. I don't understand, on a small level yes but a deeper level i don't get it. I guess that's for some ethnic psychiatrist to figure out.

To me, that's like sticking your head in the sand. I have relatives like that. Especially if you live in the South or Southwest. Like I said in my novel, A Three-Turtle Summer, if you've got one drop of brown blood in you, you're brown. And if you're Catholic too, give it up and move to Clevelend!

In the end, no matter whether a Latino will employ classic symptoms of self-hate, the fact remains: in mainstream America, you are just as brown as the rest of us. Want proof? Go live in Alabama right now, and we guarantee you that any Spanish surname will get you questioned.

Best to stop self-hating and stop harrassing those Latinos who feel differently. This country provides EVERYONE an opportunity to succeed, but we believe that no one individual can do it by himself or herself. Keep the self-hate at home, no worries, we will forgive you.