Dear Herman Cain: THIS is How You Say “Delicious” in “Cuban”

We understand you might have had some issues in Miami this week, when you asked how to say "delicious" in "Cuban." As a service to you, we want to say that "delicioso" does very little justice to the beauty of the "Cuban" language, which in fact, just so you know, is called Spanish. In fact, while you talk about electric fences and electrocuting Mexicans and Central Americans crossing the US border, we would like to remind you that the United States is one of the LARGEST Spanish-speaking countries in the world. 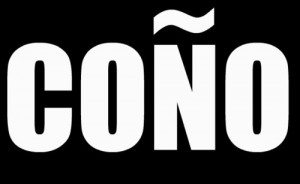 With that said, we offer you the following suggestions the next time you want to say "delicious" in "Cuban." That is the beauty of the the Spanish language: there are so many ways to say "delicious." Here are just a few:

That is the beauty of the Spanish language. There are so many ways to say something. So, dear readers, what can you share with Mr. Cain so he can become one hipper Latino?