Maybe San Juan Mayor Jorge Santini knew what he was doing when he sent of this Christmas photo of his family that instantly became an Internet classic and has quickly become the 2011 Most Awkward Christmas Photo. 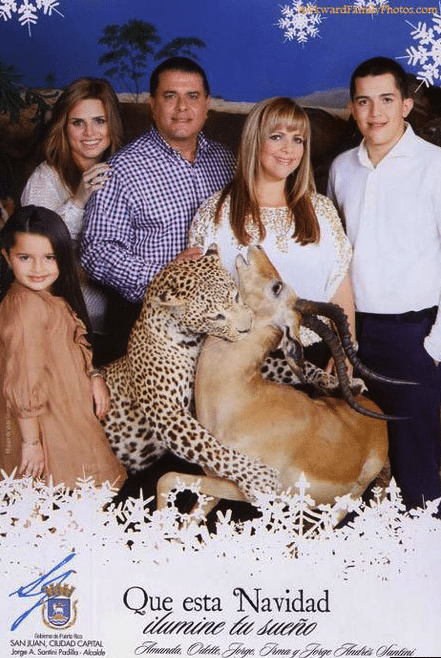 “All publicity is good publicity,” was the first mayor’s reaction the Internet criticism of the postcard, which shows him, his wife and his children in front of a stuffed leopard devouring an antelope at the San Juan Wildlife Museum.

“Since it was shown from La Comay to CNN, portals all over the U.S., Spain, Chile, Germany, and Poland have seen the photo. Many people have altered the picture with their faces or other elements. It does not bother me because now everyone knows there is a museum dedicated to wildlife in San Juan, Puerto Rico and that is called advertising.”

Now if Santini were REALLY a marketer, he would start charging visitors to replicate the photo at the museum.