Let the pandering begin. Just hours after giving an interview where he told a Puerto Rican newspaper that English must be a requirement for Puerto Rico’s entry into the Union as a 51st state (even though Santorum forgot that both Spanish and English are the island’s two official languages), Politco reported that GOP presidential candidate referred to himself as “Senador puertorriqueño” (Senator Puerto Rico) at a town hall event in San Juan. 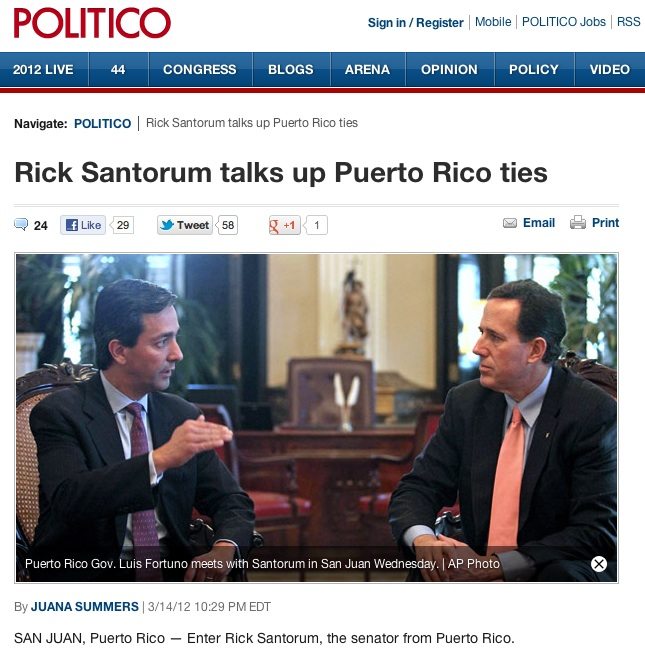 Here is what Politico writes:

“I was referred to by many in my state as Senador Puertorriqueño. They used to make fun of me, ‘Why are you representing Puerto Rico?’ Well, someone has to because they don’t have a voice,” Santorum said at town hall here.

“I felt a responsibility to the island,” Santorum said.

We can no longer make this up. We wish this were a joke. It’s not. Ayy, Ricky Sancocho. Or, better yet, Santo Rum (not the rum you want to be drinking). Puerto Rico will be holding the GOP primary this Sunday March 18.