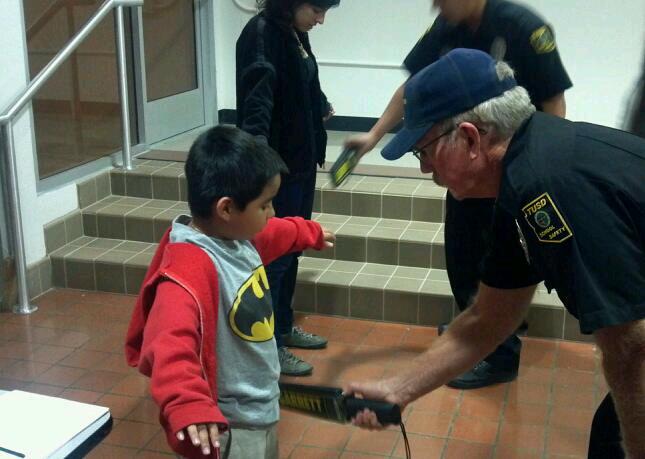 As independent journalists, we have seen a lot of crazy things in our careers. It is safe to say that we have never seen this. What is TUSD afraid of? That this child represents the future of Arizona? That he might actually use his knowledge as he grows older to fight for injustice?

One reporter friend of ours said it best:

As a reporter, I have covered education almost as long as I have covered the military. In all those years, I never, ever saw metal detectors being used on citizens. I've covered some of most rancorous California school districts where at one, a school board member told me, school politics is a "blood sport." This photo is so telling that the TUSD board is way out of control