Months after it began a protest against ABC for a controversial line from the canceled "Work It" sitcom that equated Puerto Ricans to drug dealers, Boricuas for a Positive Image finally received a formal apology from the network. 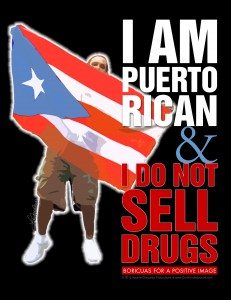 Here is a two-part segment from New York City's local ABC station that chronicles the efforts from BFAPI.

The weekly demonstrations continued every Thursday night in front of the ABC's New York City headquarters, and even though critics said that BFAPI would never get an apology from ABC's corporate team, they did, and as you can see from the interview, good things have begun to happen.

In the meantime, the movement gained attention, both on the mainland and on the island, including the following video from The Puerto Rican Alliance for Awareness (PRAA), which got over 30,000 views in a week, when it was released at the end of February.

All because of a few seconds from a sitcom. And you all thought it couldn't be done.