A story out of Minnesota has revealed the ugly and racist side of the immigration debate in the United States as a 42-year-old man named Joseph Benjamin Thomas, apprehended and indicted by the FBI for distributing methamphetamine on April 25, revealed to federal agents in an affidavit that he considered himself a "domestic terrorist" who wanted to attack the Mexican consulate in St. Paul. His reason? To further the white supremacist movement and further the debate on immigration in the upcoming presidential election this year. 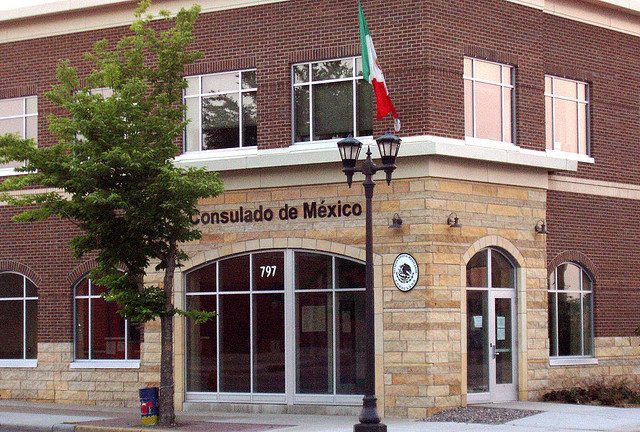 According to the Associated Press report, Thomas was not charged for domestic terrorism but he did tell the FBI that he and Samuel James Johnson, 31, were planning to form a militant group to promote white supremacy and attack minorities.Thomas also sad that he was planning a race war and that the Mexican consulate would be the first step. The FBI, the AP goes to to say, had spotted Thomas around the consulate last December. Agents had also been watching Johnson and others since 2010.

Johnson suggested that he was also recording the licenses of cars with Barack Obama stickers and "had asked an associate to volunteer at a left-leaning bookstore to obtain customers' addresses."

The AP story said that Thomas' attorney would not comment about this affidavit and that the US attorney for this case had no comment as well. An FBI spokesperson did go on record with the AP and said the following:

"We consider [Thomas] a threat, and we believe he had the capacity to carry these threats out," FBI spokesman Kyle Loven said "This was a lengthy investigation, and it was driven by our belief that the intentions of these persons were sincere."

According to Diario Las Américas, Ana Luisa Fajer Flores, the Mexican Consul in St. Paul, said that the consulate did not receive any threats and that she was unaware of any plot until she heard about the case in court.

More details about the story can be read here.