it is one of the most horrific murders of the social media age. Three Chicago teens decided to play a game called ""Pick 'Em Out and Knock 'Em Out" at 5 am on Tuesday morning. Soon, their game turned deadly and their target—62-year-old Delfino Mora—would die as he was collecting discarded cans. The murder would be posted on Facebook, and that Facebook post led to the arrest of Malik Jones, 16, Nicholas Ayala, 17, and Anthony Malcolm, 18.

Mora, a father of 12, left a family in shock. The tragedy resonated with many in our community, and when we learned that a fund was being set up by Chase Bank to help Mora's family recover from their loss, we contacted Chase on Twitter and tonight they have confirmed to us that anyone can go into any Chase branch in the United States and make a donation to the Mora Family Fund. This is what Chase's account told us: 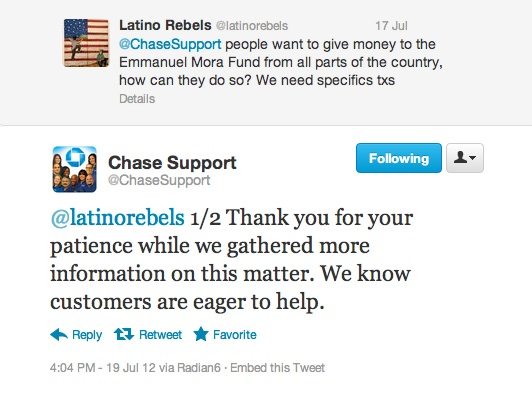 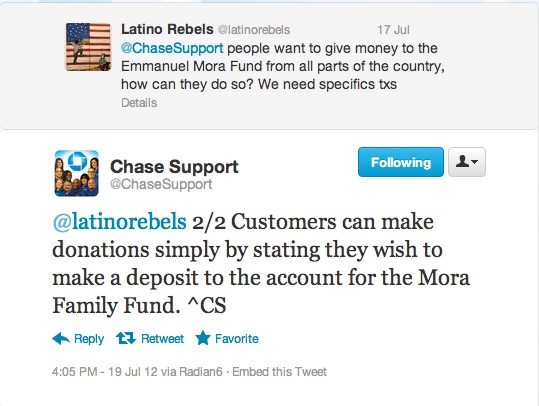 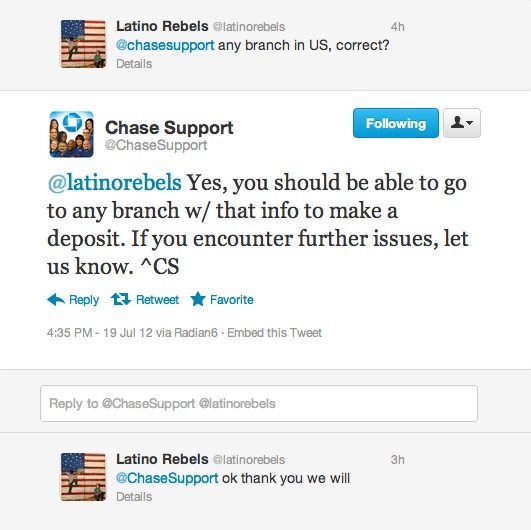 UPDATE. July 20: One of our community members tweeted to us this morning that Chase is only taking cash because there was an attempt by an individual to commit fraud on the account. (How sad is that?) This is what we received: