For those who thought that the #YoSoy132 movement had lost momentum in protesting the Mexican presidential election results had waned, this weekend in Xalapa, Veracruz, protesters peacefully occupied the capital city's municipal palace. 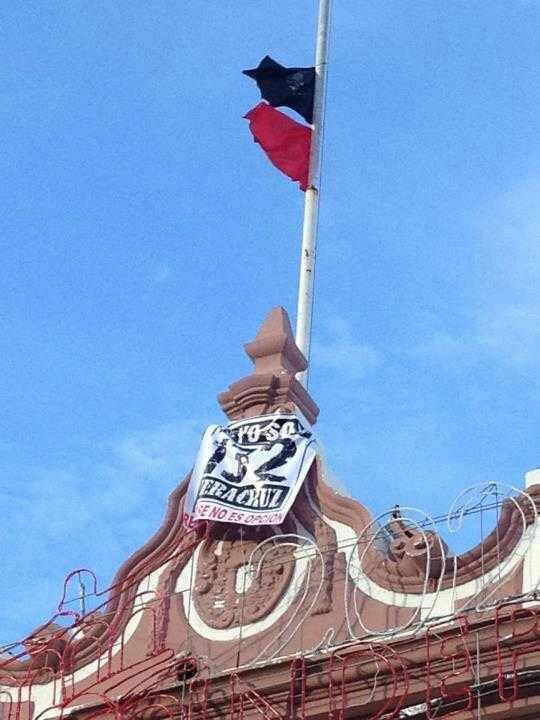 The following videos (both in Spanish) provide additional details about the occupation, seen as a symbolic victory for the student-initiated movement, which has continued to raise allegations of a fraudulent and bought election that led to the victory of Enrique Peña Nieto and Mexico's PRI party.

Here is what Excelsior reported: The outlet did confirm that the #YoSoy132 did occupy Veracruz's municipal palace on Saturday, September 1. Protesters were able to hang banners on the building and there are reports that the Naval Police (Policía Naval) had been called in but, there have been no reports of any altercations or arrests. Excelsior also reported other confrontations between police and protesters this weekend, although it also confirmed that no one was hurt or arrested.

One response to “Veracruz’s Municipal Palace Occupied by #YoSoy132 Movement”